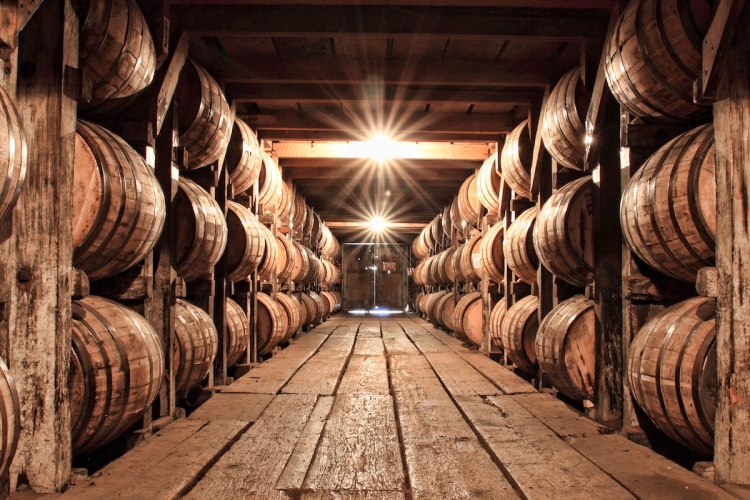 After some very challenging years, American whiskey producers feel like they’ve struck gold. Demand for Bourbon is at an all-time high and distillers can’t pump out enough liquid to meet a seemingly unquenchable thirst. Holly Motion investigates the Bourbon boom

America’s native spirit has never been in greater demand. After years in the doldrums with production at record lows of 500,000 barrels per year, Bourbon is experiencing one of the greatest Cinderella stories in the modern spirits industry era. At last count, the number of barrels maturing in the United States had swelled to 10.3 million per year, which is a whopping 436% increase since 1999.

The reasons for the pendulum swinging back in Bourbon’s favour are multiple. The introduction of the first single-barrel Bourbon from the mid-1980s, coupled with the classic cocktail revival in the late ’90s to early ’00s, started to pique interest. Within a few short years, the Old Fashioned cocktail and brands like Blanton’s and Pappy Van Winkle were appearing front and centre in some of the biggest TV shows and films in America. Drinkers and the wider whiskey world were starting to wake up to the fact that Bourbon was a seriously good spirit. Producers couldn’t fill barrels fast enough. There was new dawn for high-priced, collectable American whiskey – and bottlings were soon like gold dust.

“Right now, in Kentucky, if I go to a liquor store, I can’t find our products on the shelves,” Drew Mayville tells me. “They are all gone. People have bought them or they don’t even make it to the shelf.”

Mayville has worked in the alcohol industry for over four decades, for the first 23 years at Seagram’s (before “it was put up for sale and my bubble burst”) and for the past 18 years at Sazerac, which produces some of the most coveted Bourbons on the market (think Pappy’s, Blanton’s, E H Taylor and Eagle Rare) at its Buffalo Trace distillery in Kentucky. 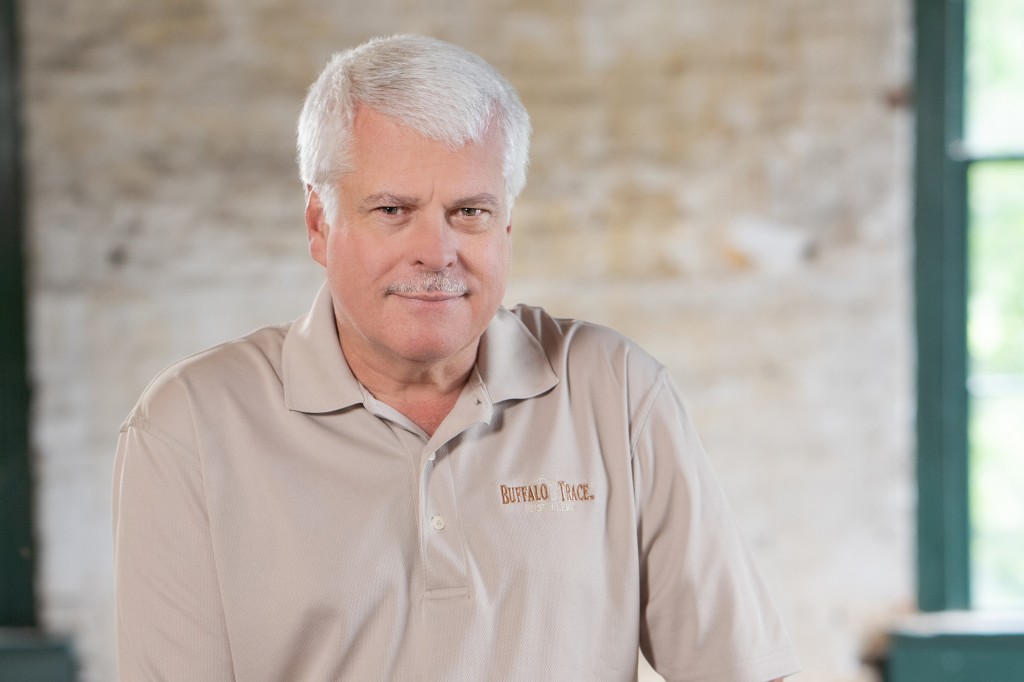 Drew Mayville: the man behind some of the most coveted Bourbons on the market

“People think [the Bourbon boom] happened overnight but it didn’t,” the Master Blender and Director of Quality says.

“I would say about 10 or 15 years ago it started to make its cycle back to favour,” he adds. “Even Pappy Van Winkle, which is one of the most sought-after Bourbons that we make, didn’t happen overnight.”

Mayville has witnessed the cyclical nature of drinking trends throughout his career and seen the various booms and busts in the United States as tastes moved from dark spirits to white spirits and back again. He believes one of the reasons Bourbon is so popular right now is largely down to its approachability.

“American whiskey tends to be very palatable,” Mayville explains in his Canadian drawl. “Scotch is more of a learned taste; lots of people drink Scotch around the world because they are so used to it.

“Part of the reason that Bourbon is very palatable is the corn. It provides a lot of that sweet fruitiness,” Mayville adds.

In order to be called Bourbon, the spirit needs to be made from at least 51% corn. The second grain in 95% of Bourbon produced is rye, which gives it a spiciness. The other 5% of Bourbon has wheat in place of rye – these wheated Bourbons are softer, as the fruit notes from the corn are accentuated by the addition of wheat. (Straight rye whiskey is also made from corn and rye, but with the rye dominating, meaning it can’t be classed as Bourbon.)

Contrary to popular belief, Bourbon can be made anywhere in the United States but 95% of Bourbon is produced in Kentucky. Bourbon must be distilled no higher than 160 proof (80% alcohol) and matured in newly charred oak barrels.

Despite its current popularity, Bourbon does have a long distilling tradition; it was first produced in Kentucky in the 1780s when distillers discovered charring barrels mellowed corn whiskey. After a strong start, Bourbon struggled during the two World Wars and was heavily affected by the temperance movement and Prohibition in the United States. Sales recovered by the middle of the century and American whiskey entered something of a golden age in the 1950s. Unfortunately, this prosperous period was short-lived when drinkers once again turned their backs on brown spirits in favour of white spirits in the 1960s and early ’70s, kickstarting the vodka revolution that has only recently started to wane. This about-turn resulted in the first American whiskey surplus – known as a lake in world whiskey and loch in Scotland. Producers were left with gallons upon gallons of surplus whiskey and inevitable closures followed.

“We kinda skipped a generation and now we’re going back that way,” Mayville says stoically.

Now, with sales more buoyant than ever, there is a rush to ramp up production – fast. Sazerac is in the process of spending an eye-watering $1.2 billion on the Buffalo Trace distillery in Frankfort, Kentucky. A new column still, cookers and boilers are all being installed to double capacity. New, 60,000-barrel warehouses – the largest in Kentucky – are also being built every four or five months, at a cost of circa $30 million. This is scale on an unprecedented level. 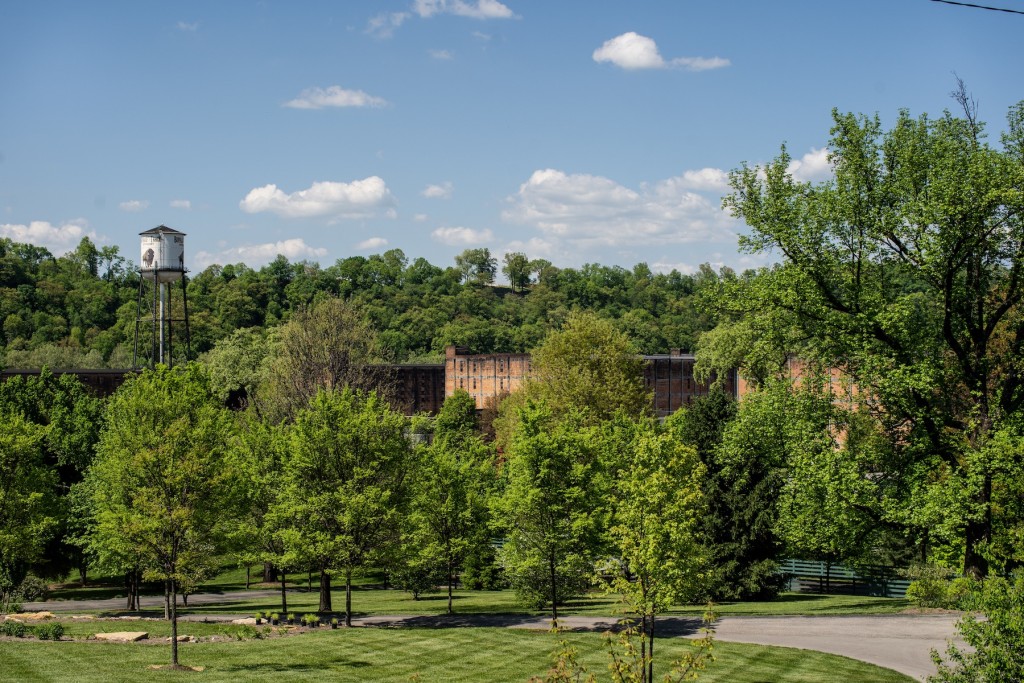 The Buffalo Trace distillery located in the beating heart of Bourbon production, Kentucky

Buffalo Trace is not alone in this endeavour. Producers of Old Forester and Woodford Reserve Brown-Forman are increasing their distillery space, and the makers of Four Roses have spent more than $50 million on expansion. Global spirits behemoth Diageo has also invested a reported $115 million on a new distillery and four warehouses with a total capacity of 330,000 barrels for its Bulleit Bourbon and other, as yet unannounced American whiskey brands.

“It’s a lot of money and it’s a big risk because if people don’t buy the product in 10 years from now, you’re going to have a lake of whiskey,” Mayville adds with knowing caution.

It’s hard to imagine the current Bourbon boom going bust when producers are showing such confidence in the category and bottlings such as Pappy Van Winkle Family Reserve can sell on the secondary market for upwards $20,000, but there are no guarantees.

For Mayville, this change in fortunes is a real boon but his real focus is on the quality of the liquid and innovation at the stills – the sales figures are somebody else’s concern.

“The part that really excites someone who has been around as long as I have is doing new things and innovation,” he says with glee. Much to this industry veteran’s delight, this creativity is championed at the very top of his organisation.

“We can go away, do experimentations, spend money, and not even tell anyone – and it’s actually encouraged,” he says, still clearly unable to believe his good fortune.

Mayville says the American drinks market is great at keeping him honest, always expecting something that wows and excites them.

“We’re always, always trying to innovate, embrace that change, and try and make better products,” he adds.“ We run so many different experiments, trying to make better whiskeys. It’s hard to list them because there are so many. There are thousands of barrels ageing right now that are experiments.”

One of his most recent experiments was the Colonel EH Taylor 4 Grain, which was named one of the best whiskeys in the world in 2017 by Jim Murray in his Whisky Bible.

“You can’t predict exactly what’s going to happen,” the Master Blender says humbly. “We’re doing so many experiments – another one could well be one of the best whiskeys in the world.”

With creative genius like Mayville at the helm of some of these distilleries, continually striving for quality, it’s hard to see the Bourbon gold rush ending any time soon. One thing that is for sure, though, is whiskey lovers and collectors will continue to scramble for what little Bourbon there is on the market until distillers can mine their liquid gold. 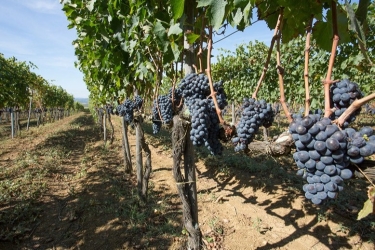