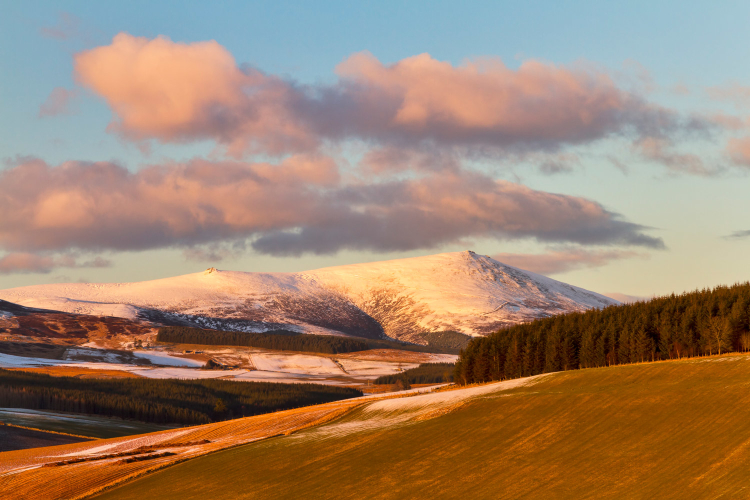 As demand for single malt whisky continues to soar, the number of distilleries – big and small – preparing to fling open their doors increases at a bullish rate. Holly Motion talks to a few of the industry’s newest names to see if everything is as rosy as it seems

It’s no secret that Scotch whisky is dominated by two giants – Diageo and Pernod Ricard, who represent 60% of the market, with three other big players taking the next 20%. That leaves a mere 20% for those who have the wallets and mettle to fight over the rest – but that’s an increasing number of people. There are currently over 30 single malt distilleries at some stage of opening.

“I think it’s a bit of a worry to be honest,” Mark Reynier, Renegade Spirits founder and CEO, says. Reynier has been behind three of the most talked-about distillery projects in the past 20 years – the resurrection of Islay powerhouse Bruichladdich in 2000, the renovation of a former Diageo brewery into Irish single malt distillery Waterford in 2015 and the construction of Renegade rum distillery in Grenada from scratch in 2020. All three have a dogged focus on terroir and have not been without their struggles. “Superficially it does look easy - but it sure as hell isn’t,” he says. “With Bruichladdich we almost went bust twice. With the best will in the world and two-distillery experience I got it wrong with Renegade and almost went bust last September.”

In Reynier’s view, many of those opening distilleries are driven by romantic ideas and the desire to make a quick buck – from landowners looking to monetise estates to “crooks” who “promise fortunes to be made”. Few, however, have the knowledge, business nous or money to back up their ambitions.

Wolfcraig – a new distillery in Stirling – is one of the industry’s most interesting projects, largely thanks to the experience of the team involved. While neither of the founders Jamie Lunn or John Moore had worked in whisky before (coming, respectively, from construction and finance), Jamie Lunn’s father is former Whyte & Mackay chairman and chief executive Michael Lunn – and happened to be eager for a new project. It hasn’t been plain sailing though: the team had a false start with an ill-fated attempt to take a controlling stake of an existing distillery. Downhearted but not defeated, they made the decision to go it alone.

Moore and Lunn have assembled a first-rate team with over 200 years’ experience. Master Blender Richard Paterson OBE was the most recent addition to the roster – which Jamie Lunn affectionately refers to as “the Harlem globetrotters of whisky” – including Dr Alan Rutherford OBE (former Production Director at Diageo, Master of the Quaich and previous President of the Malt Distillers Association of Scotland), Ian Macmillan (a Master Distiller, also a Master of the Quaich and a member of the Worshipful Company of Distillers) and Iain Lochhead (former UK Bacardi Operations Director, and another Master of the Quaich).

But even with a team of such pedigree, it hasn’t been easy. “It was three and a half years of pain,” Moore says. Every decision has been driven by an unwavering mission to produce a truly special liquid, considerable industry experience and business acumen. Stirling, for example, was chosen not just for its infrastructure, but its accessibility – within an hour’s drive of 70% of the Scottish population. The team ensured they were fully funded and have consciously built a brand – and decided on the style of spirit they’ll be making – before physically breaking ground. “Out of all the new whisky distilleries,” Moore says, “very few of them are designing their own unique spirit and they have not put any thought into why they have a particular shape of still.” Wolfcraig, by contrast, is having their still handmade by Forsyths, with a distinctive double-ball design to produce a more muscular, full-bodied spirit. 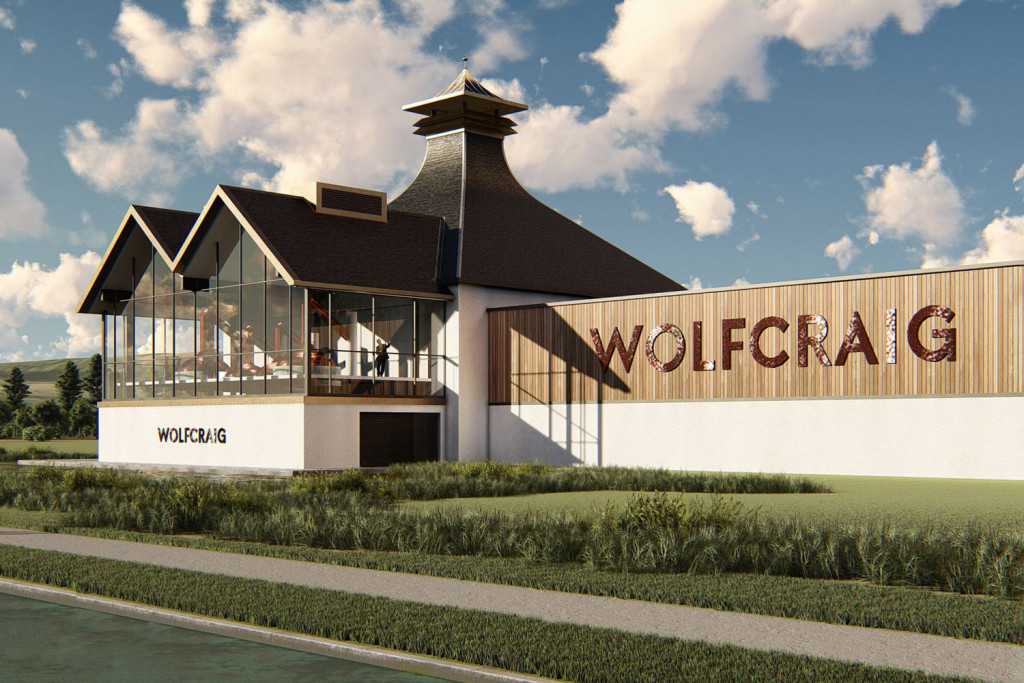 It’s not just new players and mavericks behind the trend though, with some of whisky’s most historic names being given a new lease of life.

Halewood International, for example, is bringing malt whisky distilling back to the heart of the Scottish drinks industry in the Port of Leith, Edinburgh, for the first time in 100 years with the John Crabbie Distillery.

Today, the name John Crabbie might be synonymous with ginger wine, but he was an independent bottler, single malt producer and recognised blender in the 19th century. For the team here, creating something new brings great freedom. “One of the key parts of our distillery is its versatility,” Global Dark Spirits Manager Andy Wallace says. “Because of the type of distillery we have, we can change our new make spirit and we can be very adaptable. That flexibility, put in the hands of somebody who knows what they are doing, like our Master Blender Dr Kirstie McCallum – a chemist with an excellent palate – and we’re going to experiment.”

Experimentation with different casks is high on the agenda. In addition to PX and Oloroso casks, the team is looking at how Manzanilla might work and playing around with other wine cask finishes.

Prior to joining Halewood, Wallace spent six years at William Grant & Sons, the home of Balvenie and Glenfiddich since 1887. “They are beautiful, incredible distilleries in a beautiful part of the world,” Wallace says, “but they come with their own inherent limitations… some people will see them as being a bit aspirational and not for them.” In his view, building something from scratch – even with a history like Crabbie’s – means they don’t have to produce a certain type of product.

“What we want to do is bring new people into the category and allow people to drink differently,” he explains. Free from the burden of a legacy, a new distillery can be more agile. 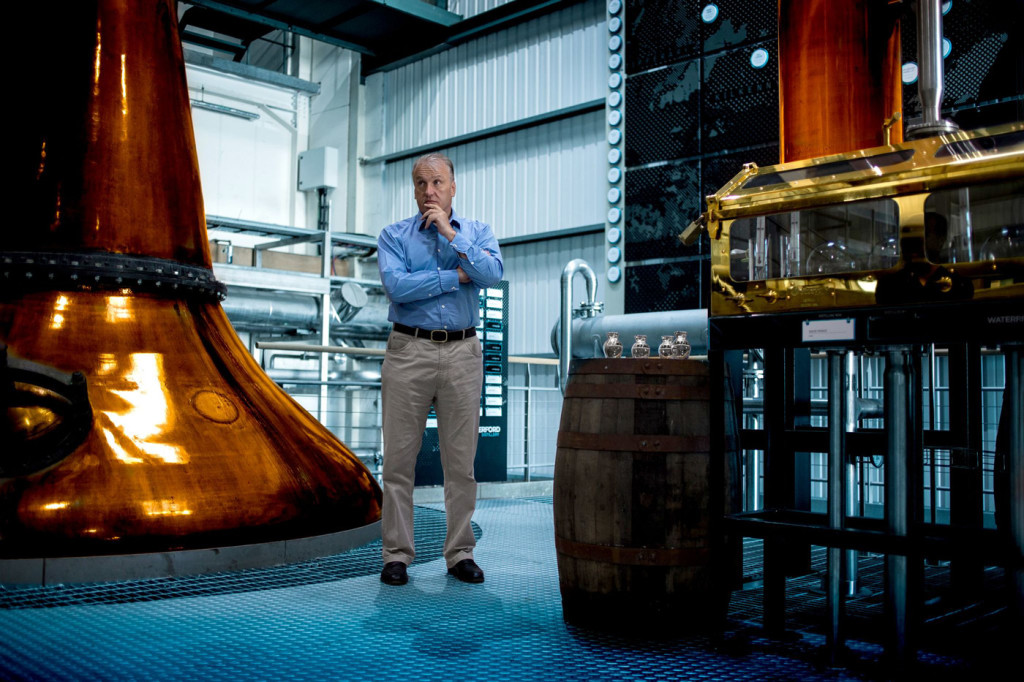 This can, however, be a catch-22. In a quest to stand apart, rather than play the old boys at their centuries-perfected game, innovation – if not managed in a considered, well-financed, way – can end in tears. “A lot of people have got rather carried away with the romance and [they] don’t really understand the consequences and the costs, and the durability that you need,” Mark Reynier explains.  “And above all you need a unique proposition. Just to be another distillery isn’t enough. The distilling bit is the easy bit. I think this is what’s going to be the downfall for a lot of people. The maturation and the time and cost is the crunch. And then you have got to bring it to market.”

Wallace agrees. “You must have a long-term plan for selling your product because you have got a several-year timeline before you can launch anything in the first place,” he says. “One of the big challenges for whisky companies is predicting demand. If you have to predict how much 12-year-old product you’re going to sell on day one, that is a really difficult challenge.”

This was one of the many reasons Wolfcraig was determined to be fully funded from the get-go. “A lot of new whisky distilleries are just living hand-to-mouth and raising money year-on-year and that is emotionally draining,” Moore says. “But, also more importantly, it takes time away from the business when you are constantly fundraising.”

It’s no small amount of money required, either. While you might be able to start a gin distillery with £50,000, whisky is a different beast. “Even the small craft distilleries, you’re talking several million pounds to set up,” Moore explains. “Our overall investment will be close on £20million… So, it’s not something you go into lightly.” 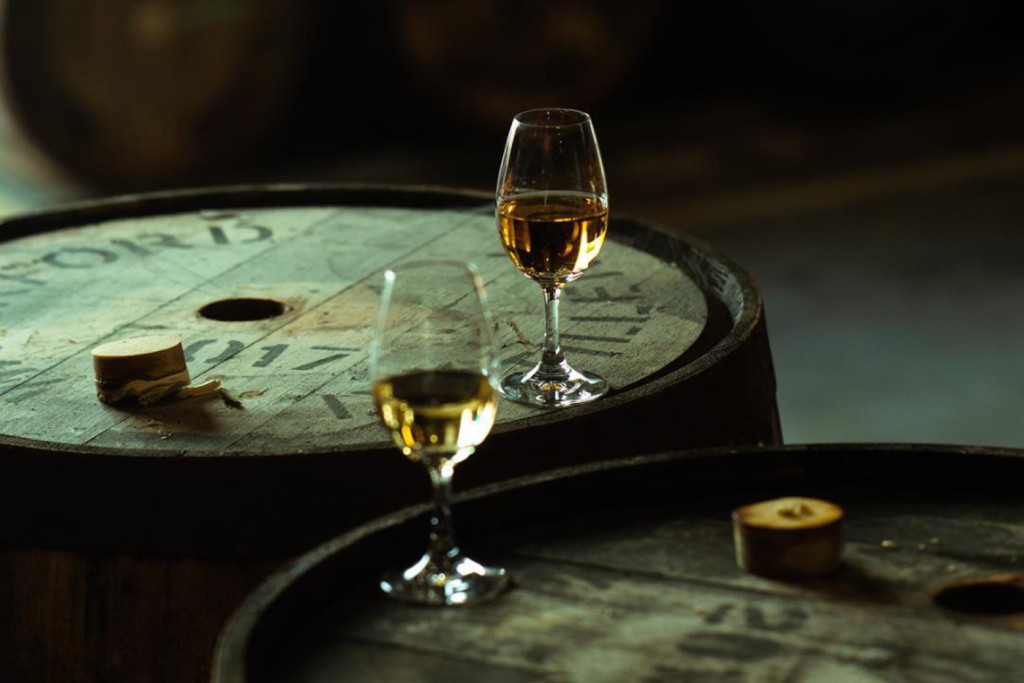 “Running a distillery is an expensive business,” Reynier adds. “Just when you most need the revenue to get into the market, that is when you are least likely to have it. You are building in a lag period. You have created this brand over a decade, but you don’t actually have enough stock maturing to satisfy the sales that you have created or are creating. So, you have got to plan forward.”

Waterford is a distillation of everything Reynier got wrong at Bruichladdich and everything he felt he wasn’t able to do because of a “lack of resource, lack of desire perhaps, tradition getting in the way, and the lack of logistics”.

Ultimately, once you get past the business and branding, it’s the quality of the liquid that will sort the wheat from the chaff. “We need to achieve the same core things any distillery does,” Wallace says. “We want to make genuinely brilliant drams that people will enjoy in years to come.”

Browse all whisky, or find out more about Wolfcraig and our exclusive cask offering 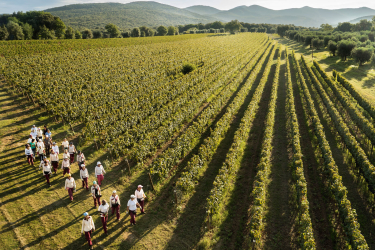 What to look out for this March