EditorialspiritsBlended whisky: a marriage made in heaven

Blended whisky: a marriage made in heaven 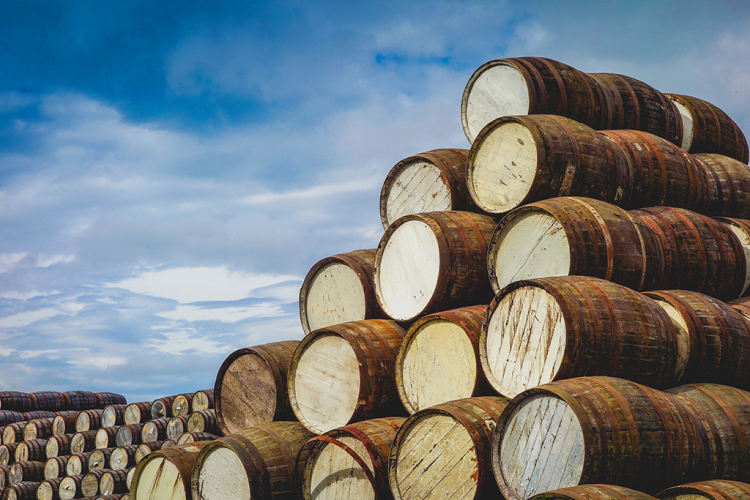 Blended Scotch whisky doesn’t always get the respect it deserves. Part of this reason is legacy, part is misinformation. Holly Motion explores why blended whiskies are just as worthy of a place in your spirits collection as single malts

Many believe Scotch blends are single malt whisky’s poor relation in price, quality and taste profile. In actuality, this could not be further from the truth. It takes great mastery to produce a blend. Some of the most exquisite single malts – that people pay handsomely for – are blended in perfect harmony by some of the most talented whisky makers in the world to create remarkable blended whiskies. And yet, this lesser label seemingly sticks to blended whisky – as it has for decades. The tide does, however, show signs of turning as more collectable and well-aged blended whiskies are appearing on the market.

Walker has also not long stepped into a new role, succeeding Dr Jim Beveridge as Johnnie Walker Master Blender. Dr Walker (no relation to Johnnie) and her trusty team of 12 highly skilled blenders preside over more than 10 million casks of whisky from 30 distilleries across the length and breath of Scotland to create all the Scotch in Diageo’s extensive portfolio.

“Because it’s a blending operation, we just call it all blends,” Walker says – adding, with a chuckle, “just to confuse people.” The same team that looks after Diageo’s single malts looks after all its Scotch whisky, including the blends, new releases and highly collectable Cask of Distinction releases.

At last count, there are 138 whisky distilleries in Scotland. Of these, 131 are malt distilleries and seven are grain, and Diageo by far and away owns the most at 30. It is Walker’s job to know these distilleries (28 malt and two grain) inside and out to produce all of Diageo’s Scotch whisky bottlings.

“Our single malts are amazing. Our single grains are amazing. But so are the blended Scotch whiskies,” she says with unabashed excitement. Walker is three months into her new role at the helm of one of the world’s most formidable blending operations – and is clearly loving every minute, despite being “slightly terrified”. A chemist by trade, she is acutely aware of Johnnie Walker’s legacy as the world’s most foremost whisky blender and she carries this responsibility, that might weigh heavy on others, with a healthy dose of reverence and buckets of zeal.

The ebullient Colin Scott has worked in the Scotch whisky industry for almost 50 years, blending some of the world’s most well-known and coveted whiskies for Chivas Brothers. There’s little he hasn’t seen and you sense he’s just as excited by the goings on today as he was as a young whippersnapper in the blending room half a century ago. 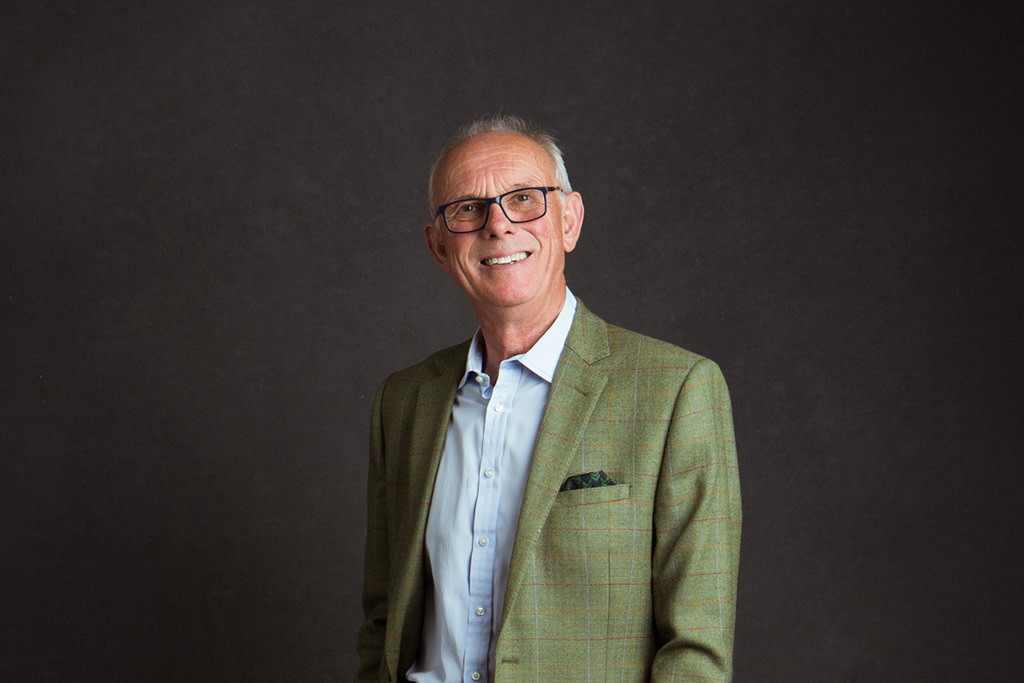 After 50 years in the industry, few know more about blends than The Last Drop's Colin Scott

“It’s interesting that everybody talks about [single] malts rather than blends,” Scott muses. “For the last 100 years, blends have actually dominated global sales – over 90% is blended Scotch and less than 10% is [single] malts.”

Scott thinks the reason for this is simple: “People can understand a single malt because it comes from a single distillery. You can go to it, you can see it, you can touch it, and you can feel it. It’s a little bit more sexy than a blend because a blend has anything between three and a 100-plus whiskies in it.”

But, what many fail to realise, according to Scott, is the skill required to create these blended whiskies – at all price points.

“There is an art to blending. It’s quite a complicated art,” he says wistfully. And an ever-changing one at that.

“And it is the art of the blender who brings and rebalances all of those flavours back so the taste experience remains consistent.”

Walker picks up the point: “You take these individual great characters and you just bring them together. You’re not doing something that cheapens it. You’re not doing something where you’re trying to bulk things out, you’re trying to bring those different, individual characters together in the best way possible. You’re amplifying rather than cancelling each other out.”

Walker is always trying to reach the golden ratio for the desired mouthfeel, texture, aroma, taste and length. When she achieves this, Walker says: “It’s just really exciting. To find these amazing individual things and bring them together, it’s heaven in a glass.”

It takes years of experience and skill – passed down from one generation to the next – to achieve this divine state or you’d have to face the wrath of the loyal drinker who knows what should be in that bottle.

“Working at Chivas, you would use pretty much the same amount of time on a standard blend as a niche blend,” Scott says with great candour, “because you just don’t compromise on quality – it is not part of the game.” 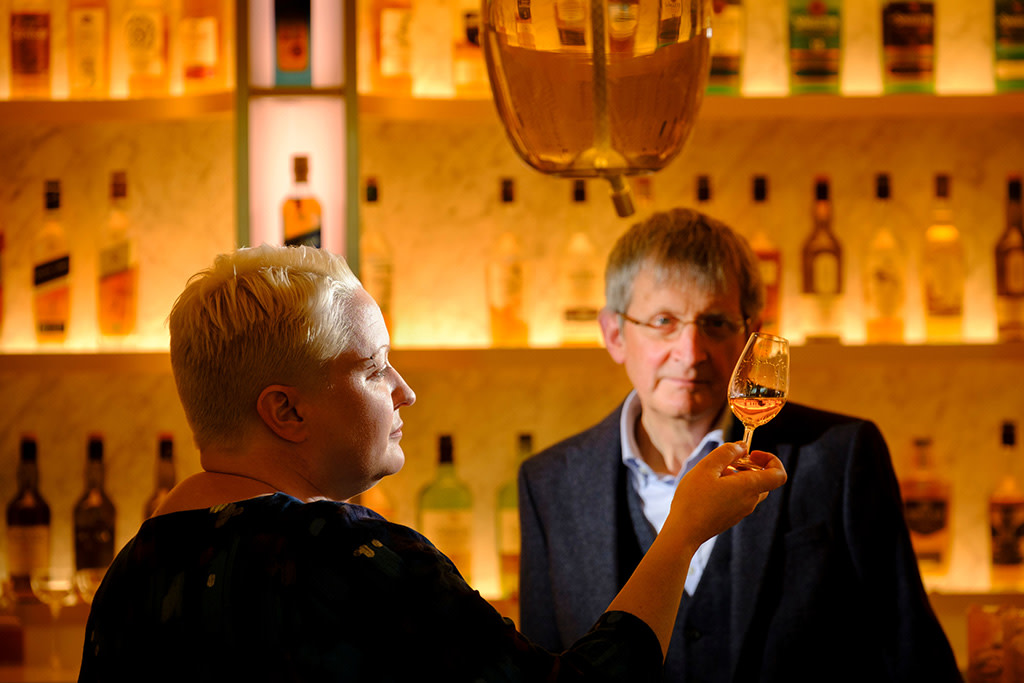 When the student becomes the master: Dr Emma Walker with her predecessor Dr Jim Beveridge

Scott has blended at all the levels during his career. His decision to join the Last Drop in 2021 was somewhat serendipitous. Scott and the late Last Drop co-founder Tom Jago were responsible for one of the most successful blends of all time: Chivas 18. The remarkable spirits curators have championed blended whisky since day dot. Founders Jago and long-time friend James Espey OBE initially set out to bottle single malts – because the demand was there at the higher end – but that all changed when the formidable duo were bewitched by a certain 1960 blended Scotch. This became the Last Drop’s inaugural release in 2008 and is said to have been the best whisky Jago ever tasted during his lifetime.

Scott is the first to acknowledge that blended whiskies carrying an age statement are an easier sell than those without – his debut for the Last Drop was a very special 50-year-old signature blend.

“If you’ve got an age on a product, people know exactly what they are dealing with,” he says matter-of-factly.

While the Master Blender does feel there is a groundswell of appreciation for blended whiskies, helped by older bottlings and ever-increasing auction prices, he understands there is work to be done to remove this legacy inferiority association.

“People have been drinking blends forever,” Scott explains. “But because it is usually the standard blend, they don’t really consider it special.”

He continues: “Many think blends are inferior and the main reason for that was way back in the day, 30, 40, 50 years ago, people regarded grain whisky as an industrial spirit because a grain distillery, even today, makes 10 times the spirit than a malt whisky distillery makes.

“Malt whisky distilleries are maybe now making 10 million or 20 million litres a year – the big ones – and a grain distillery produces over 100 million litres. I wouldn’t consider it a cheaper product, because once you have bought the cask and matured the product you’re pretty much talking the same value as a mature malt.

“And this concept, that this ‘industrial’ grain spirit was added to the malt just to give volume in the actual blend is basically nonsense,” he says animatedly.

Scott ardently believes grain whiskies have a very important role to play from a blender’s point of view because it has its own flavour and character. He explains: “When you taste the grain and add it with malts, it actually promotes and harmonises and brings those sort of heavier flavours of the malts together. 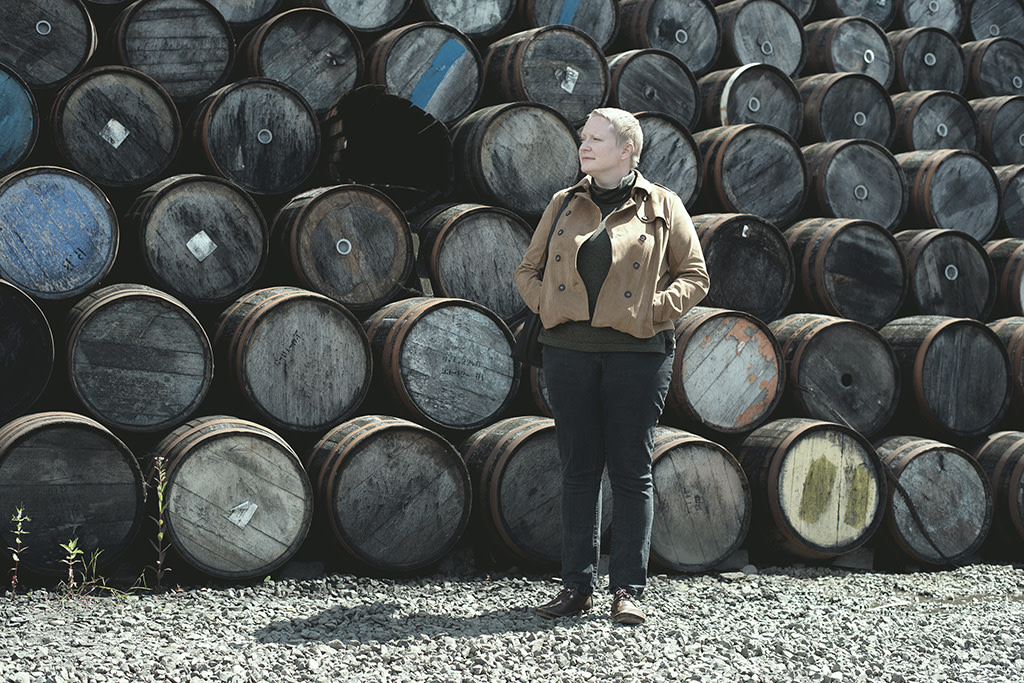 Walker seconds this. “Some of the best, most amazing [grain] whiskies I’ve got to try was when I was looking at making the John Walker 50-year-old Masters' Edition with Jim and Maureen and it was just phenomenal.”

Her face lights up as she recalls that time and takes a moment to finish her train of thought. “Amazing, amazing grain whiskies,” she says with a smile. “And at those ages, when you taste them, they make your mouth water, they are so luscious, and fruity and it’s just astounding. But when you mix them together with these great individual casks of single malts, you have that lusciousness and that fruitiness but you also have these other flavours coming and mixing together.”

A large part of Walker’s new role is extolling the virtues of all Scotch whiskies – grains, malts, blends, single malts and single casks – to the world. A lack of in-person events, which are slowly starting to pepper the calendar again, have presented an additional challenge but you’d be foolish to think anything can stop the new Johnnie Walker Master Blender from spreading the gospel.

For Scott, it’s a case of once tasted, never forgotten. “I always feel like a great blend is the blend that has huge complexity but there is no individual flavour or character that dominates from the nose to taste to finish,” Scott tells me.

“You take a sip and you smile and you put it down and it just invites you to have another one. Because you think wow, that is something I must taste it again.”

With more remarkable blended whiskies to be found than ever before, you feel it won’t be long before the rest of the world is singing from the same hymn sheet. 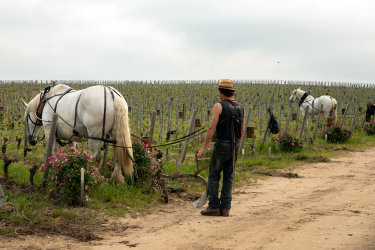