EditorialspiritsThe Balvenie: the making of a master

The Balvenie: the making of a master 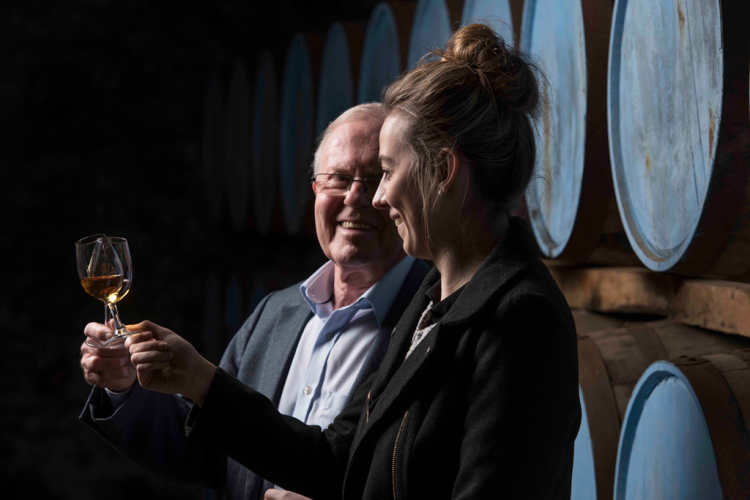 David Stewart MBE is the longest-serving Malt Master. Kelsey McKechnie is the youngest female Malt Master Apprentice. Holly Motion speaks to the two Balvenie record-breakers about passing the baton, the weight of a legacy, and what it really means to lay down stocks for the next generation

It is hard to imagine The Balvenie without David Stewart MBE and vice versa. The story of each one is so entwined with the other that it’s nigh on impossible to unpick where one starts and the other ends.

Since joining William Grant & Sons in 1962 as a whisky stocks clerk, Stewart has gone on to become of the most well-known and respected names in the Scotch whisky industry. He is, for many, the pioneer of cask finishing, and his achievements are far too numerous to list. When the incredibly humble man “hangs up his boots” after a 57-year-plus career, Kelsey McKechnie will become the youngest ever female Malt Master.

“Everyone always jokes and says do I feel the pressure and what does it feel like getting into a role like this. There definitely is an element of pressure around it but it’s funny, you really don’t feel it. I enjoy this role and I love being here. I’ve been very lucky, so I’m saying ‘let’s ride it out for as long as we can’,” the 29-year-old says with unfettered excitement.

The Malt Master role is a very different one today than it was in the 1960s, something McKechnie and William Grant & Sons Master Blender Brian Kinsman continually rib Stewart about.

“Obviously, way back in the ’60s we had very little to nose,” Stewart says in a flash. When he joined the family-owned business under Master Blender and Balvenie Malt Master Hamish Robertson, Glenfiddich and The Balvenie weren’t being bottled as single malts and Grant’s Standfast blend was the company’s bread and butter.

Today, the triumvirate nose samples from Ailsa Bay, Girvan Distillery, Kininvie, Glenfiddich and The Balvenie. From the new-make spirit to mature samples, bottling runs to all the vat samples, everything produced at the William Grant distilleries in Scotland and Ireland passes under the noses of Kinsman, McKechnie and Stewart. This equates to approximately 40-50 Scotch, Irish whiskey, Bourbon and rum samples per day. 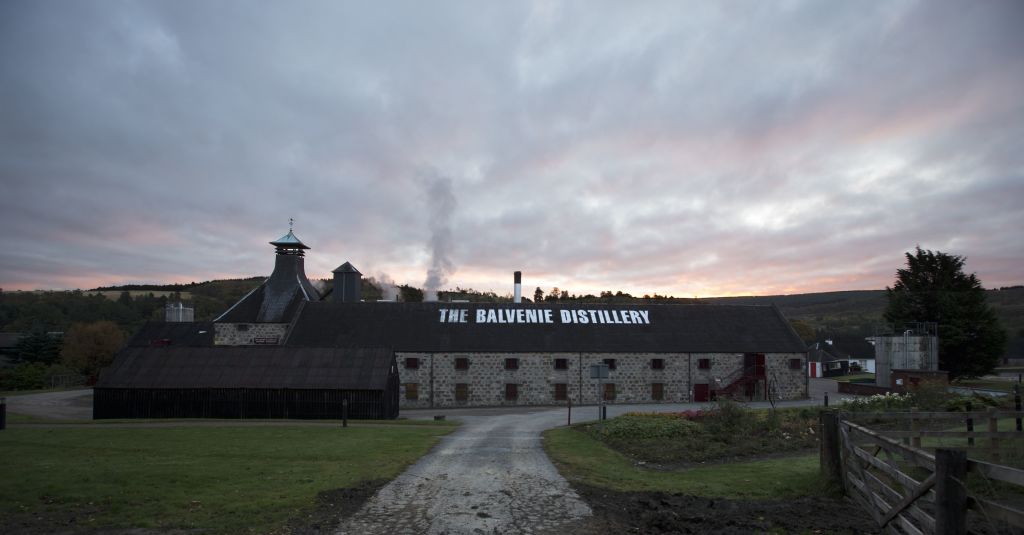 There are a number of parallels in Stewart and McKechnie’s stories, which they don’t even seem to realise. Both started in very different roles and eyed an interesting opportunity to nose spirits. Through serendipity and, one suspects, a tremendous amount of inherent skill and hard graft, the two found their way into the nosing lab. And once faced with row upon row of whisky samples, the pair knew in an instant that they found their calling.

“I always say I have been very lucky,” McKechnie says. “I’m such a firm believer in timing. I came into the team at a time when I had built up enough technical process skills to understand how whisky is produced and carry out analysis, and do all these different things and apply it to blending.” In 2018, Kinsman and Stewart approached 26-year-old McKechnie to ask if she would be interested in learning all things regarding Balvenie and eventually moving into the Malt Master role. She’d been with the company for almost four years at this time, working her way from the lab to the whisky stocks team, from the Lowlands to the beating heart of the business in Speyside.

So, what does it take to become a Malt Master and what did the two whisky patriarchs see in the young female scientist at the infancy of her whisky career? According to Stewart, one of the biggest things is the nosing aspect.

“We can identify what’s right and what’s not, just by nosing the whisky,” he says. “And that’s what takes the time to learn.”

Stewart had already been through the process of training a successor with Brian Kinsman from 2001 to 2010. It might be hard for some to fathom why this apprenticeship takes the best part of a decade, but so much of the role is about instinct and the finest of margins. In the same way Robertson brought in samples for Stewart – albeit not quite as many – all those years before, Stewart to this day brings in spirit samples for Kinsman and McKechnie.

“Really, it’s nosing together; pointing out things,” Stewart adds. “I bring in samples from different cask types and different ages. Brian just worked with me and gradually he took over and I was doing less and less.”

When asked if she thinks she has a natural gift, McKechnie says it’s curiosity above anything else that’s required to be a good noser.

“I think everybody just needs to be curious enough to want to nose. Most often – apart from a few people where it is genetic and there’s one reason or another that they don’t have a sense of smell – I actually think so many people will be fantastic nosers.”

And the difference between Joe Bloggs and the youngest-ever female Malt Master? The word association piece, according to McKechnie.

“So often we’ll see when people are starting up that they can nose something and they can say ‘this is different’. So we do difference nosing. We have one glass and we’re just nosing it against another and saying ‘pick up the difference or not’ – it’s often easy for people but they can’t put into play what they can pick up.” 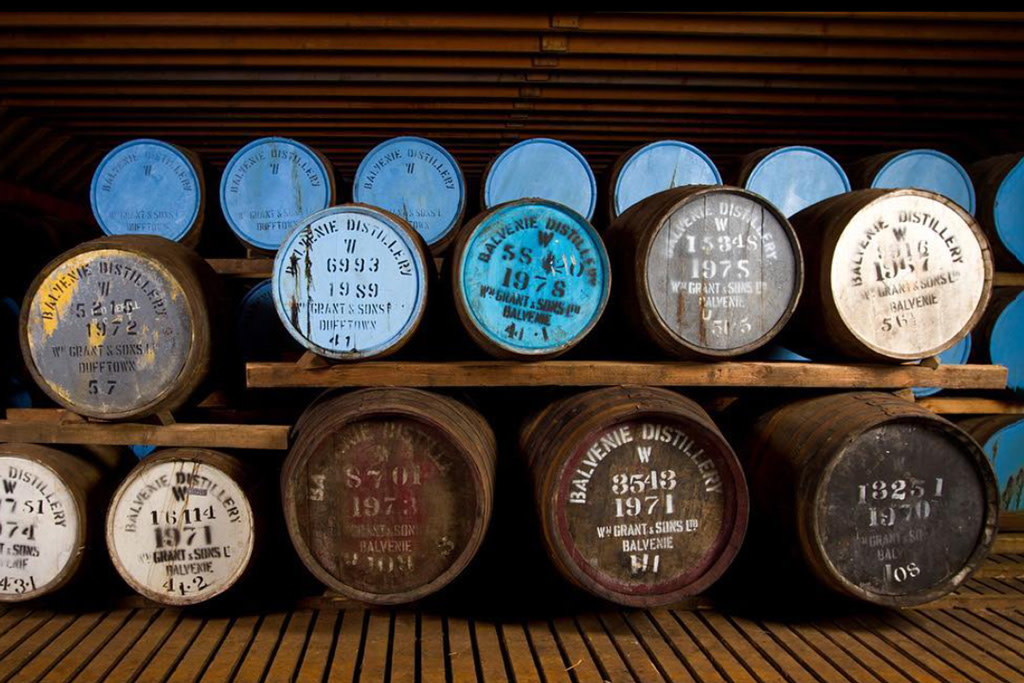 Some of the many, many samples the Malt Master noses

Like any other skill, McKechnie says it takes years of practice and fine tuning.

“It’s like using a different language,” she says. “To remain fluent, you need to continually keep nosing and to be able to relate those words to what you’re picking up in nose and taste. I actually think everyone has a gift, if that’s what you want to call it, or the ability to do it. It’s just about really working out what flavour this is and what do we call it.”

Sometimes tasting notes for spirits and wines can be a little, shall we say, creative. For this reason, at William Grant & Sons, free words are banned.

“We’re really strict about what people can call the different spirits,” McKechnie explains. “It could be too easy for somebody to say ‘this smells like a walk in the park’ and we can find ourselves in a bit of a pickle.”

When starting out, as a professional or merely an appreciator of spirits, this word association piece can be a barrier, according to McKechnie, but it shouldn’t be.

“There is no need for whisky to be intimidating at all,” she says. “For me, I think it’s because people are so passionate about it. It gets everyone a little bit puffed up – I’m guilty of it as well. But there really is no need for it at all because it really is such an open area that there isn’t one strict answer so I’ll always say that to people – if you are new to it, make sure you get lots of water in there because whisky is just such a flavour bomb. I think people don’t really know what they’re nosing because there are 50-100 different flavours coming at you at once.”

So, do the three professional nosers ever disagree? “Because I’ve only ever learned to nose and blend from David who has learned from Brian and vice versa, we don’t often butt heads or have a difference of opinion –  but it does happen,” McKechnie says with a coy smile.

Rather than being daunted by the spectre of the longest-serving Malt Master and Kinsman – who has racked up a fairly daunting 24 years in role – McKechnie seems energised by the legacy and is visibly thrilled at the prospect of one day imparting this knowledge to her own apprentice.

“I think it would be a massive compliment to be able to give someone the knowledge you have gained,” she says. “I really like the thought of actually one day being able to train someone.”

When it comes to the future at The Balvenie, McKechnie says they have “many things bubbling away in the warehouses” and they have “a few more Balvenies tucked up our sleeves”. But, on a personal note, “it’s working with Brian and David day-in-day-out and gaining more of the understanding about what makes Balvenie so unique. Understanding more around the stock model and that 50-year horizon and ensuring that I’ve got the skills to make sure the next 50 years is looking good and that we’re not laying down all the wrong things.” 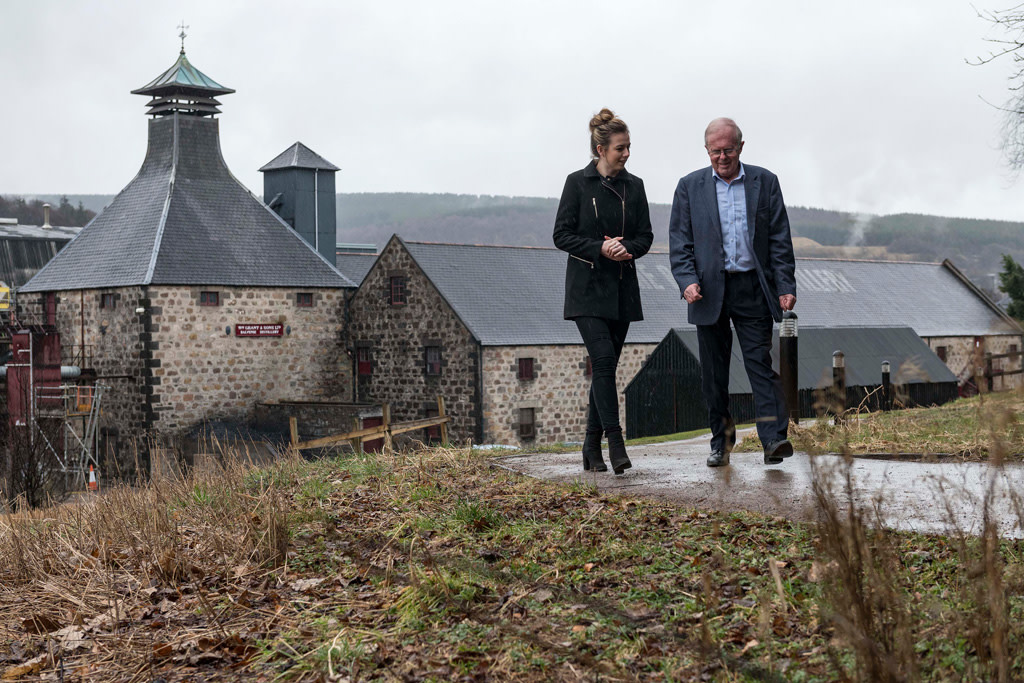 The Balvenie maintains a lot of the traditional whisky-making traditions. It is the only Scotch whisky distillery to grow its own barley, use traditional floor maltings and keep coppersmiths and coopers on site. Rather than being gilded handcuffs, these ties to traditions allow the team to experiment at the point of distillation and Stewart has spearheaded a number of trials that have come from the maltings throughout his career.

“I think if there is one thing that David has ever taught me, it’s about how important innovation is,” McKechnie says. “We always talk about the fact we’re the home of cask finishing. It was something that was second nature in David’s role until people started calling it innovation.

“And it’s something that we always want to pass on. We’re constantly thinking about what’s next and how can we do something unique and what exciting things we have in the distillery that we could release and bring to everyone.

“Obviously the Scotch Whisky Association is pretty strict, in a good way, so that no-one is going to mimic us, but we also like to push the boundaries a little bit and say, what can we really get away with here?”

With a glint in her eye and an unmistakable enthusiasm in her voice, you can’t help but feel The Balvenie, when it comes to honouring tradition and driving innovation, is in very safe hands for the next 50 years and beyond. 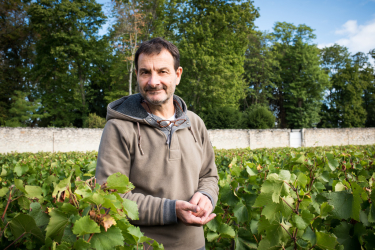