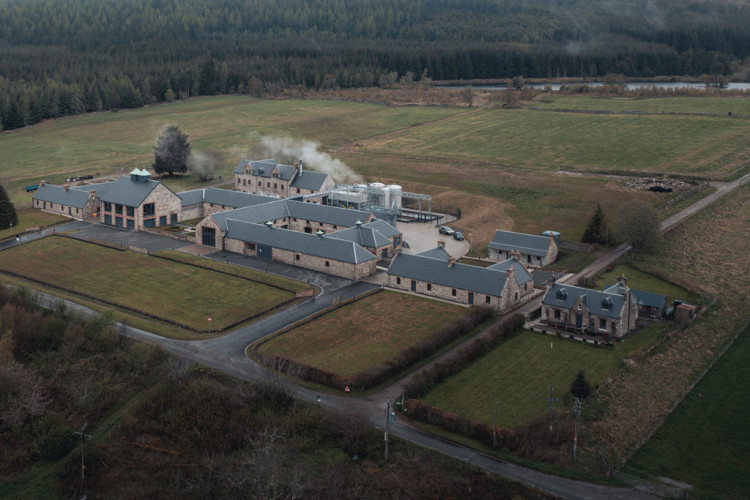 After years of painstaking renovation and restoration, the £30 million Ardross project is about to take off. Founder Barthélémy Brosseau tells Holly Motion all about the contrarian Northern Highlands distillery’s transformation and why this team is proud to be different

Ardross is a new Scotch whisky distillery. You’d be forgiven for rolling your eyes about now. Over the past few years there’s been a spate of new distillery openings across the bucolic Scottish landscape and each espouses to be different from the last. Many have an impressive roster of whisky talent at the stills and little expense has been spared on the distillery itself and surrounding architecture. This is something Ardross founder Barthélémy Brosseau is all too aware of.

“I wouldn’t want us to be completely perceived as normal,” he says. “What I mean by that is that we have a great building, great location, great people, great quality spirit but everybody is claiming more or less the same.”

As the name may suggest, Barthélémy – or Barth as he introduces himself – Brosseau was born in Bordeaux and is a very atypical Scotch whisky distillery founder.

“You don’t see me wearing a suit and speaking very gravely about the Scotch whisky tradition with a Scottish accent, and there is a reason behind this,” the 32-year-old adds.

As he is quick to point out, with a smile that rarely leaves his face during our one-hour call, when it comes to the whisky, he takes a giant step back. “Who am I as a Frenchman to tell them how to produce Scotch whisky?”

This side of the business is very much driven by distilling legend Andrew Rankin of Bowmore fame.

When we speak, the Ardross team is preparing to officially launch its Single Cask Society. A website is in development with an ever-nearing launch date (the designers require a “bit of a kick”), the existing 49 members are regularly in contact with Brosseau (he has most of them on WhatsApp), and he’s not getting quite as much sleep as he might like after the birth of his second daughter. With all these plates spinning, you’d forgive him for being a little flustered. Instead, he is cool personified. He seamlessly weaves the conversation from topics including, but by no means limited to, philosophy, travel and literature (Leo Tolstoy’s War & Peace is among his favourites).

It is soon apparent why Brosseau is the butterfly in the company logo. With his tendency to flit from one subject area to the next and, to take his more philosophical approach, his current emergence from a chrysalis of sorts into the Scotch whisky world. Conversely, Rankin, with his near 50-year experience, is the steadfast, knowledgeable other animal in the logo. “Don’t tell Andrew he is the tortoise,” the Frenchman says with that smile.

This symbiotic relationship in many ways is an unlikely one, but it’s key to Ardross’s current and future success. 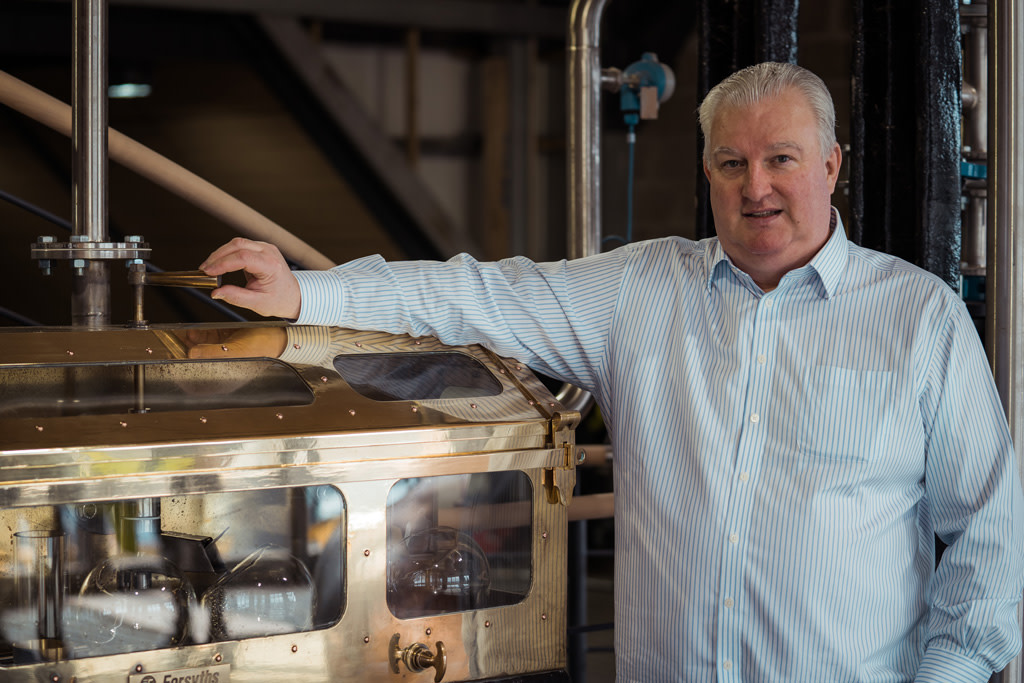 The man who has made it all possible: Master Blender Andrew Rankin

“Without Andrew, we would not be where we are today,” Brosseau says. “It would be an absolute mistake for me to say that I am driving this. Andrew is driving Ardross as a distillery and it is thanks to Andrew and his connections in Jerez, in Japan, in the US that we are where we are today.

“I have all these crazy ideas and he is the wise guy who has the years and the knowledge and the erudition. And that is why it is interesting – sometimes we are completely at odds. And that’s normal. And from this friction, I think, that creativity ensues.”

Ardross is the Scotch whisky arm of Greenwood Spirits Ltd, which is owned by Vevil International who boast London’s The Ned and The Wolseley in their impressive portfolio. Part of their modus operandi is faithfully restoring and renovating Grade 1 and 2 listed buildings and Ardross was no different. After seeing the opportunities that lay within the Scotch whisky sector, the team quickly recognised the need to partner with an industry icon for the project to succeed. After meeting Rankin, the team gave him a mandate to find the Scotch whisky with a big vision a new home.

Rankin describes finding the beautiful dilapidated farm called Ardross as serendipitous. He recalls seeing the six- to- seven acre Loch Dubh and snow-covered pine trees, and falling in love right away. The 50-acre site with 19th century farmhouse buildings has since been restored brick by brick at the cost of £30 million and a new distillery built to produce a traditional, quality single malt with a slightly sweeter profile.

Although expectations were high after such an investment and the assembly of a production team with a combined experience of over 150 years, few could scarcely have imagined the quality of the spirit after one run. Rankin says it was a “Eureka moment” when they realised the new-make spirit was 95% of the way there – this process typically takes two to three months. The reason for this success right off the bat? Extremely long fermentation times of 121 hours (compared to the industry standard of 60), one of the best, if not the best, production teams in the business, and a relentless pursuit of quality, according to Brosseau. The only thing left to create the Ardross single malt they’d all envisaged was the wood and time itself. For this, Rankin drew on his industry ties and sourced the highest-quality wood from Jerez, Kentucky and Japan.

Even for seasoned professionals with decades upon decades of whisky distilling experience under their belts, the chance to work at a new distillery from day one represents a career first. Despite all their achievements, of which there are many in the case of this team, to a certain extent they have been following somebody else’s blueprint and colouring within the lines. Working at a distillery like Ardross, with all its financial backing, represents an opportunity for this illustrious team to create their own blueprint in a way that only 150 or so others ever have. 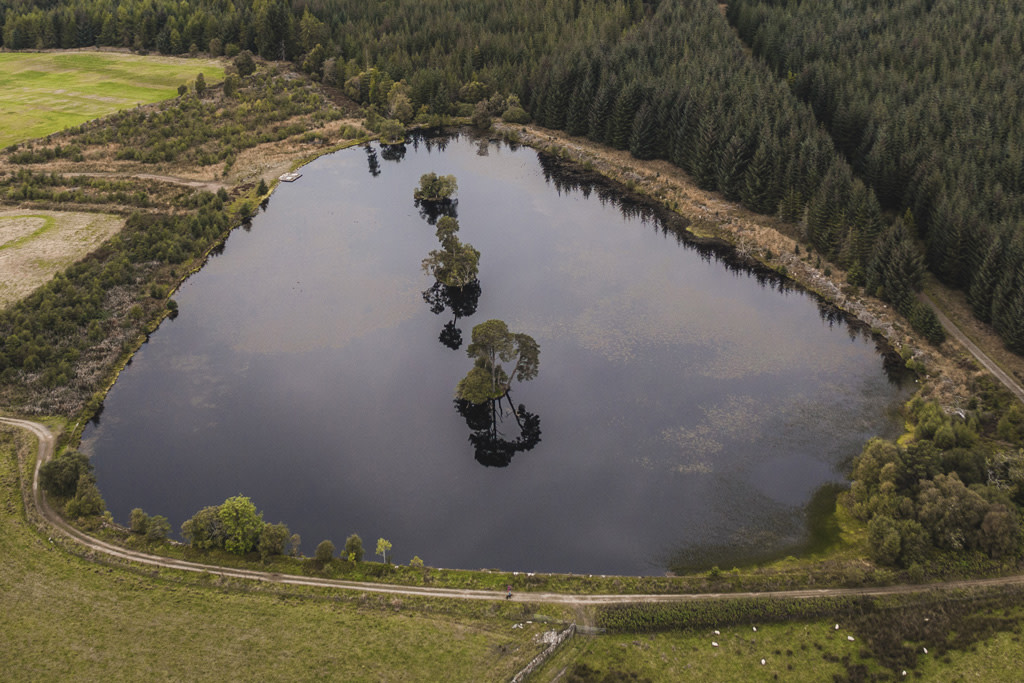 And Ardross, arguably more than most, has the flexibility to dictate what this framework should look like.

“We have the luxury of thinking about the future almost in generational terms,” Brosseau says. “We are insulated from the vagaries of short-termism.”

Brosseau says the decision was made early on to remain an independent distiller and not team up with the “big boys” for investment or distribution deals. He doesn’t rule this out in the future but says this approach has given the team an opportunity to learn and get their own scars and will make their growth and achievements that much sweeter because they have “done it all themselves from the beginning”.

In addition to the distillery, Ardross also owns its own bottling line and warehouse, so they’re not dependent on others. Where other distilleries might be burdened with lofty marketing and distribution costs, and fielding shareholders’ dividends demands, Brosseau says Ardross is “resolutely adopting a different stance”, will not rush to produce a non-age-statement and is under no pressure whatsoever to bottle whisky until the team is good and ready.

“For us, Scotch whisky is about time. It is about the long term,” he adds. “The idea is that when you are entering Ardross as a member, you are with us for the long-term and the value proposition unfolds over time.

“If you are in a rush and you want to buy your cask and sell the next day, we are not for you. And we are completely honest about it. Go elsewhere basically.” The French charm quickly returns and he says with a smile: “I mean, you will always be welcome of course – but what I am saying is you won’t potentially be happy.”

While he is tightlipped about how this value proposition might unfold, Brosseau teases it won’t be via “necessarily classical routes”.

“We are not putting everything in front of you all at one time,” he explains. “The idea is to make you discover, or enter our world, almost sequentially. It’s frustrating I think for people sometimes because we live in a world where everything is available straight away – one click and you have everything you want.

“And we are quite contrarian in that regard. We are not building right now to enjoy the fruits right away. The idea is to build value and the ripeness of the fruits come over time.”

For this reason, and many others, Brosseau says Ardross is “very reasonably priced”. 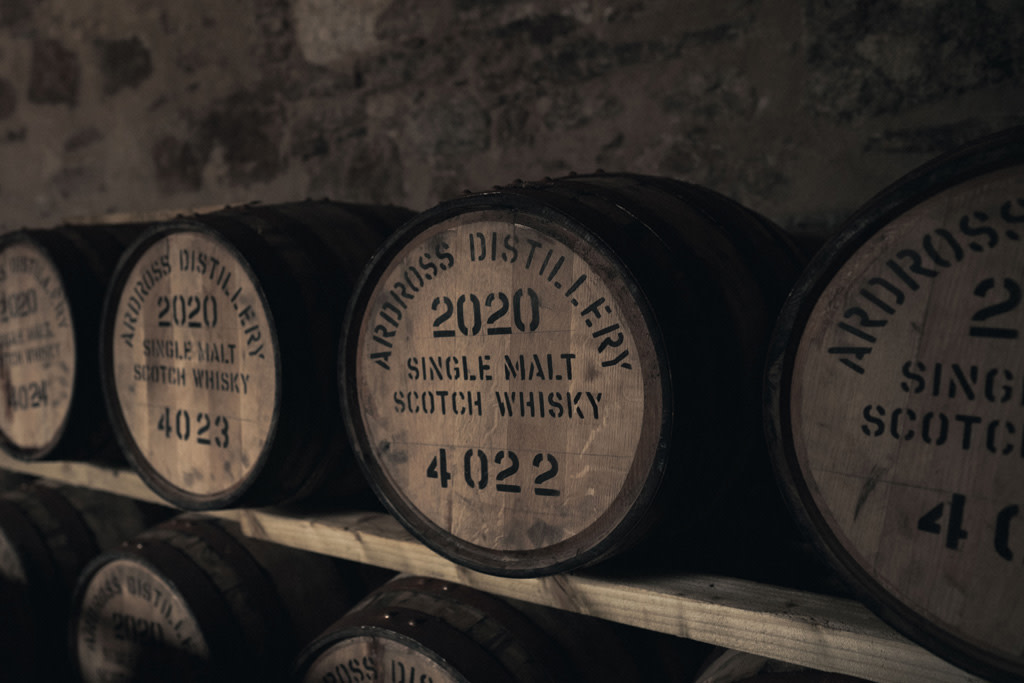 “You have lots of people today who are selling whisky casks that they don’t really own,” he adds. The Frenchman describes the cask investment trade as a “complicated one” and is very gallant in not wanting to discuss other schemes that are slightly less above-board. Instead, he says: “We are not trying to fool anyone. We know who we are and we know what we are doing quality-wise.

“We’re not pretending to be Macallan or Dalmore or whomever. We have a world-class quality team with world-class expertise, among the best in the industry. But we don’t have 200 years of history.”

Whereas other propositions might require an accountancy qualification to understand, Brosseau says Ardross is “doing something that is very simple”.

“We have the credibility of the industry professionals in everything that is related to production. For the rest, we are out-of-the-box thinking professionals.”

While he might not be willing to divulge the “special” things Ardross is doing at the end of this year and next, we can speculate it’ll be worth the wait. Few have the world-class library of casks, superlative new-make spirit and freedom to fly as high as this Scotch whisky distillery. 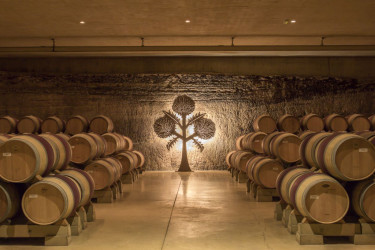