EditorialspiritsThe Glenturret: back to basics

The Glenturret: back to basics 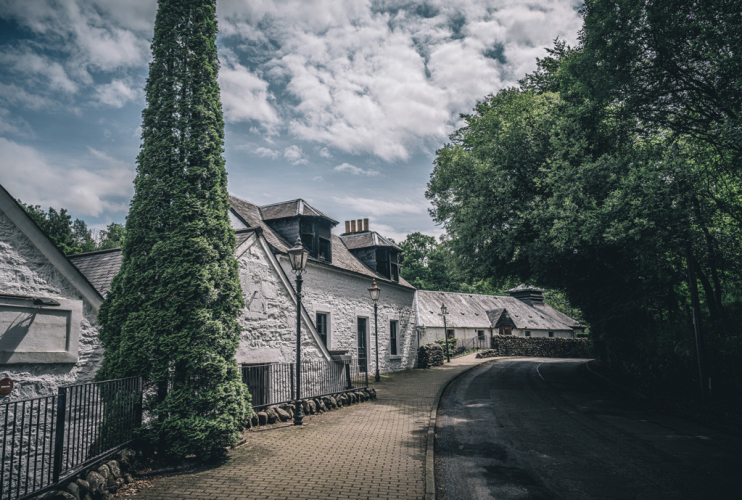 When the oldest working distillery in Scotland found a new owner in 2019, many stood back and speculated on how its fortunes might change. Holly Motion speaks to the team about how a new approach has been a barnstorming success

“In more recent times The Glenturret has not been a brand name that is well known in whisky.” While few might refute this, they are not typically the first words you expect to hear from the mouth of the distillery’s Managing Director.

“When the new owners took over, it was a unique opportunity to take this old, heritage brand that no one has ever heard of and reposition it without any of the baggage you normally get with repositioning older brands,” John Laurie adds.

In 2019, Silvo Denz – owner of Chx Faugères in Saint-Emilion and Lafaurie-Peyraguey in Sauternes – bought a 50% stake in the Highland distillery via his Lalique Group for £15.5m. (Swiss entrepreneur Hansjörg Wyss bought the other 50% for an undisclosed sum.) This marked Denz’s first move into the whisky world and a huge moment for The Glenturret.

The deal with The Edrington Group, who own The Macallan and Highland Park , included the distillery, the single malt brand and more than one million litres of maturing stock. In the intervening years, the brand once known as a component in blends and home of The Famous Grouse Experience has been on an oft-used-and-cliched “journey”. The team has grown, acquiring some big names along the way, the core range has been stripped back to basics, and all the fundamentals have been scrutinised.

For the first nine months after former The Macallan Whisky Maker Bob Dalgarno joined The Glenturret, he was reportedly nowhere to be seen. After his induction, Dalgarno – chalk in hand and overalls-clad – barricaded himself in the warehouse. The industry legend spent month upon month scrawling on the casks, rolling barrels around and familiarising himself with his new pet project.

For the self-professed “farm stock”, the prospect of joining a manually operated distillery after working at The Macallan for 30 years was a real thrill. Dalgarno could experiment and affect change. New contracts with local farmers to run barley trials have been set up and the cask-selection process has been extensively reviewed. He and Distillery Manager Ian Renwick are a formidable team. The duo spent months drilling into the stocks and assessing what worked well and didn’t. After this, two things were taken as read: the quality of the new-make was of utmost importance, and The Glenturret would stay a small, hand-operated distillery. 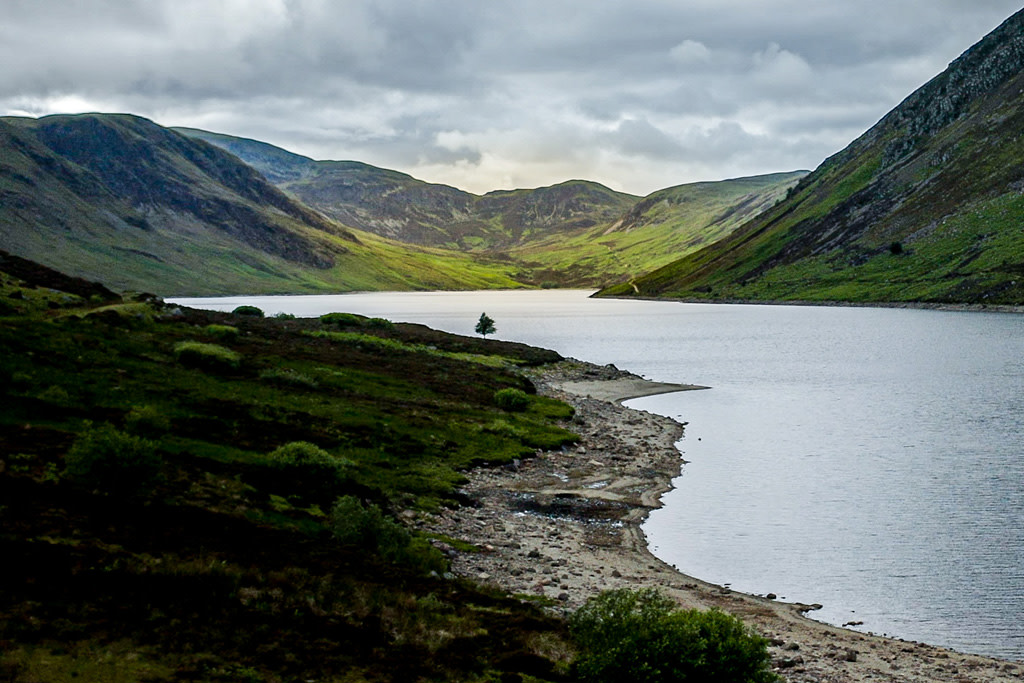 The Glenturret's home in the majestic Scottish Highlands

The Glenturret new-make spirit is light and quite soft because of the long fermentation and slow distillation methods. In order to preserve this character and avoid railroading it, cask selection is key.

This, according to Laurie, has been instrumental in 80% of The Glenturret’s maiden whiskies selling out in the first seven months.

“We were really keen not to be the brand that just puts the same liquid in a shiny new bottle and charges a different price point for it,” the Managing Director says.

That said, innovation – or, as Laurie prefers it called, experimentation – is high on the agenda at the Highland distillery. “It’s less scientific clean rooms and more overalls and a lot of incredibly long hours and hard work,” Laurie adds.

Ostensibly, the culmination of the first stage of this experimentation is the 2020 series of releases, which includes the familiar TripleWood and a scattering of age statements. But look a little harder and the range is an adept exploration of refinement, questioning age, alcohol strength, refill casks and peat. The team has also not shied away from the issue of transparency – something that the whisky world has not always embraced.

“We will tell people exactly what’s in our whisky; we won’t hide anything,” Laurie says. “If you want to know how old our non-age statement is then we will tell you. It’s all about the quality of the liquid for us.”

In production terms, The Glenturret is considered small batch. As Brand Ambassador Jamie Morrison quaintly puts it, “At roughly 200,000 litres of alcohol per year, that’s a piece of plankton floating in the Pacific in relation to much bigger, more automated distilleries.”

For Laurie, balancing genuine scarcity with a territory-by-territory approach will be instrumental to their success. 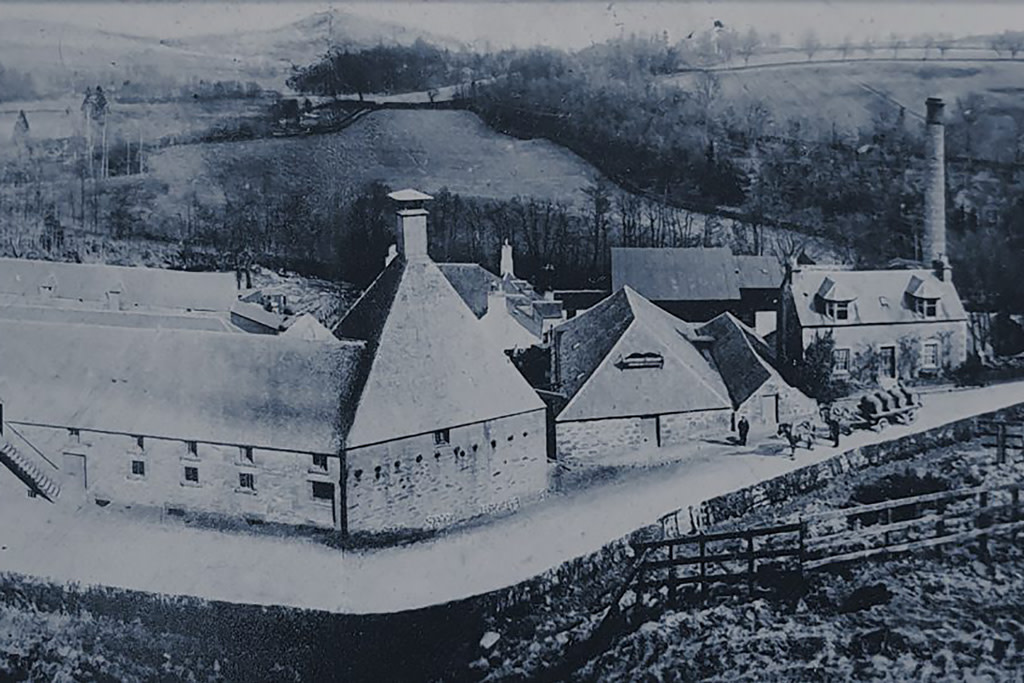 From the archive: the oldest working distillery in Scotland

“You want to explain to the consumer that when it sells out, it sells out. There is not going to be another one coming out the back of it. But also managing it to the point where it is not so hard to get that the consumer loses interest,” Laurie says.

“We wanted to make sure everywhere we opened up we looked after as we grow. For The Glenturret to really work, it has to be sold in a location where somebody can take the time to tell the customer the story and understand what makes us different. I would rather they didn’t make the sale than make the wrong sale.

Morrison picks up the point: “Everything we do is truly small batch and that comes with its own set of challenges in terms of production, but it also makes us quite nimble which means we can afford to do small experimental runs of different barley. We can adjust fermentation times and adjust the run times of the stills quite easily. And that affords us opportunity to effectively have a play round and see what happens.”

The words “small batch” and “limited” are often bandied about in the drinks world. In fact, The Glenturret is well-positioned on many fronts when it comes to buzzword bingo, but there is a sincerity in the mission here and a stellar line up of talent which will ultimately let the liquid do the talking.

Keep an eye out for our Glenturret 25 Year Old offer coming soon. In the meantime, browse all current Glenturret listings or all Scotch whisky.