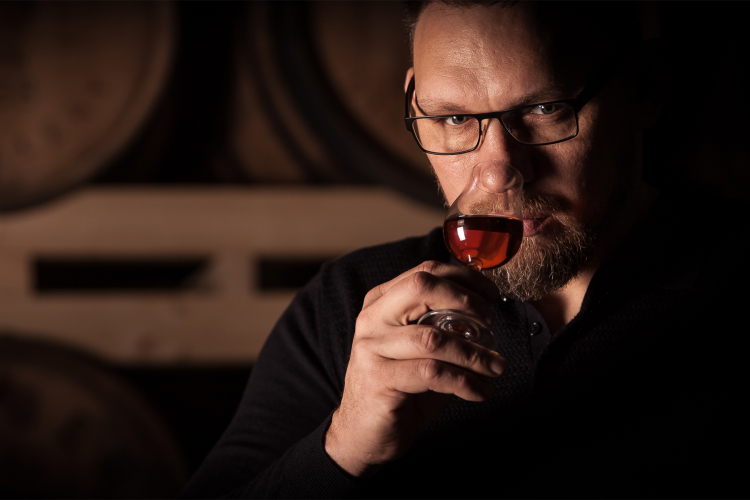 For the past seven years Dariusz Plazewski has led the vanguard of English whisky-making at Bimber. With his first Scotch distillery, Dunphail, months away from production, the indefatigable architect-cum-Master-Distiller tells Holly Motion how he and his distilleries were built to be different

When people say they’ve put their blood, sweat and tears into something, more often than not, it’s a figure of speech. This is not the case for Bimber Distillery founder Dariusz Plazewski, who has put everything into the build of his dream Speyside distillery, Dunphail. The day before we speak, Plazewski was on the roof of one of his new distillery buildings, mucking in and making sure the mammoth project that was a lifetime in the making stays on track.

The Polish-born Plazewski is a third-generation distiller – or more accurately, moonshiner – who emigrated to London 20 years ago. After observing the English craft distilling boom from afar, the trained architect seized the opportunity to put his family’s legacy and knowhow to good use and set about building Bimber, a single malt whisky distillery based in West London. Bimber’s inaugural bottling, The First, sold out within three hours of release in 2019 – and demand has far outstripped supply ever since.

Fast forward three years and Plazewski is mere months away from realising his dream of producing a single malt Scotch whisky. But it hasn’t been easy.

“There are lots of challenges,” he tells me matter-of-factly. When we catch up, after two aborted attempts, the Master Distiller sounds ever-so-slightly weary – and it’s not hard to fathom why. Today, he is speaking from London, where he’s been “sorting out a few things” at Bimber. He’s boarding a flight back to Scotland in a couple of days and then he’s taking a much-needed holiday – where he confesses he will be on email constantly.

Rest is not in his nature. (Plazewski has been pinballing from one project to the next for decades. By the end of 2022, he says he will have “given up” his other business and solely focus on spirits.) Nor is adhering to the status quo.

Since founding Bimber in 2015, the Master Distiller has prided himself on being a bit of a renegade. Where others have embraced modern whisky-making practices, Plazewski has been staunchly traditional in his approach – and it has served him exceedingly well. 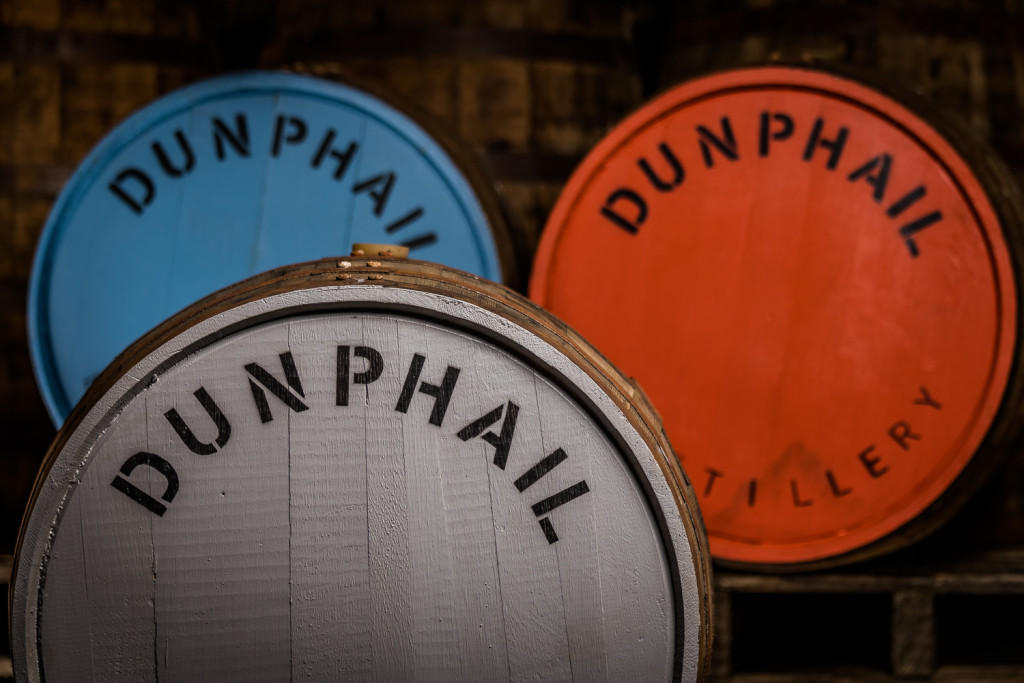 Sleeping soundly: some of the first casks of Dunphail Speyside single malt

“Whisky was always my passion and when I found out that there was a craft movement of whisky and gin distilling, I just started researching,” he tells me. “It took me a long time but I wanted to do something different. I wanted to always do something which was a bit old-fashioned.”

Plazewski’s father and grandfather before him (illegally) made wine, spirits and beer in his native Poland – Bimber translates as “moonshine” in Polish – and Plazewski was an eager protégé with a natural talent from a young age. I refrain from asking how young.

“The good thing is that I understand all the production, all the process, all the fermentation, and how to make alcohol,” he tells me. “Not only whisky but how to make any alcohol really. Sense of smell, touch, and all this just naturally comes to me.”

Plazewski says his fate was sealed the moment he travelled to Scotland and fell in love with Speyside single malts. Dunphail was always going to happen – he just didn’t know when. Starting his (legal) distilling career with Bimber was a shrewd decision. English whisky was then a relative unknown, so Plazewski used this scene as his sandbox to prove to himself and others that traditional whisky production should not be consigned to the history books.

Bimber was, and for the time being still is, a small-scale traditional whisky-making operation. Local barley is grown on a single farm in neighbouring Hampshire. It is floor-malted at Britain’s oldest maltster, Warminster Maltings, and hand-mashed. The two copper pot stills are direct-fired (with a flame, as the name suggests, rather than the more modern and efficient method of steam) and fermentation times are twice the industry average at seven days.

These practices are astoundingly rare in today’s modern whisky world. The majority of producers abandoned floor maltings (the method of malting grain by hand on large malting floors) in favour of industrial malting processes and did away with direct-firing stills (in favour of steam) decades ago, deeming them inefficient and costly. While it is possible to find distillers who adopt some of these techniques – notable examples being Laphroaig, Glenfarclas and Bowmore – it is incredibly rare to find a producer who is able or willing to apply all these labour-intensive and budget-zapping practices.

“I will never be a distiller without floor maltings,” he says physically baulking at the idea of producing whisky any other way. “Never. No. For me, it is crucial,” he adds.

With Dunphail, Plazewski is going one step further than Bimber and building his own traditional floor maltings on-site. This will put Dunphail in a highly exclusive group, and the move has received mixed responses from Plazewski’s peers.

“For me it is very important,” Plazewski says. “I know many people said, wow are you crazy because this is hard work, this is lots of involvement, why are you doing it?”

I can’t help asking him the same. To which he says: “Because nobody is doing this anymore and I want to continue this craft, I want people to see how the whisky was made before. I think it is going to be good fun and I think this is going to be a great feature for our distillery.”

In addition to floor maltings, Dunphail’s stills will also be direct-fired – Glenmorangie was the first to install steam-heated stills in 1887 and countless others followed until only a handful of direct-fired producers remained. Plazewski is the first to acknowledge the practice of heating stills in this traditional way is far less efficient and costly but for him it was non-negotiable and vital to produce the highest-quality Speyside whisky possible – fruit-forward, oily and medium-bodied. He is also in the minority sourcing Dunphail’s barley and peat locally. There are undoubtedly easier routes to produce whisky but the mere suggestion is sacrilege to Plazewski.

Steadfast on his goal, Plazewski set about finding the perfect location to produce traditional single malt Scotch whisky. After years of searching, he settled on a location in the heart of Speyside – a typically renegade move as the majority of new distilleries have been built outside this iconic region. He explains: “The location was really difficult and challenging as well to be honest.”

“I love Speyside – it’s my favourite part in Scotland. First of all, it is a great area because it has got microclimate, so it’s not too cold there and it’s not too rainy. And it’s pretty sunny.” Additionally, he says: “Speyside whiskies are my favourite.” 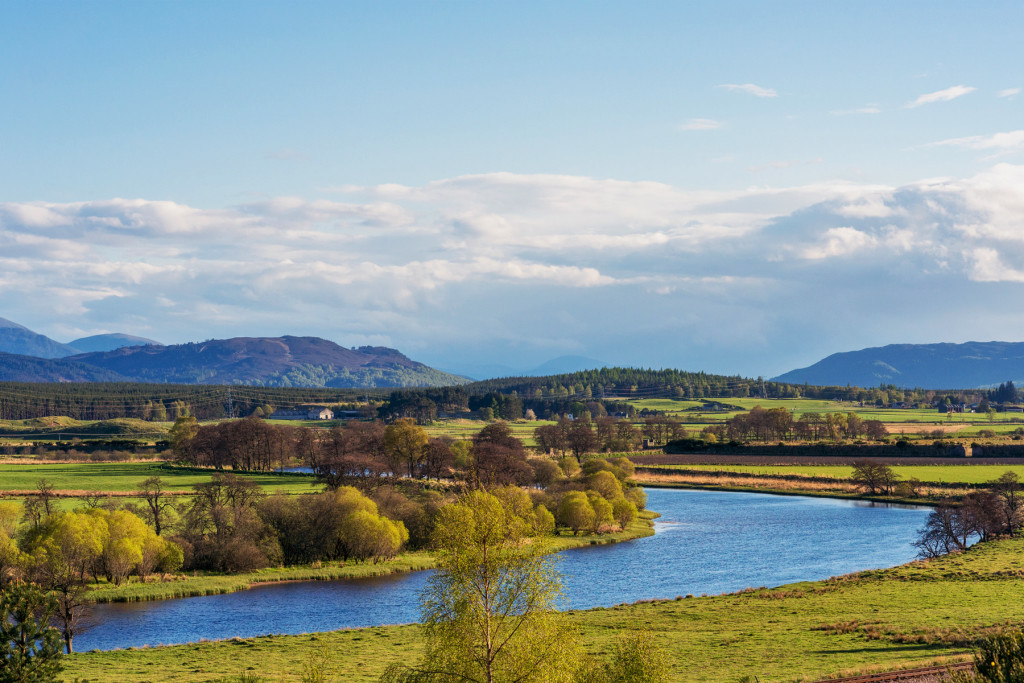 When asked if he feels the weight of this tradition or pressure to produce a stand-out Speyside whisky in one of the most densely populated whisky-making regions in the world, he says not.

“We are tiny. We’re not going to be competing with the big, established brands. Most of the new distilleries are not built in Speyside, they are mostly built in Fife area. And not many are really going the route we are with the floor maltings and old-fashioned techniques we are trying to apply.”

In addition to the many challenges that come with building a distillery to a blueprint that no longer exists, Plazewski has embattled with supply chain issues following Brexit, Covid and now the war in Ukraine. It’s a minor miracle – and a testament to the tenacity of Plazewski – that the Dunphail build is on schedule and production is set to begin, as planned, at the end of the year.

When asked how he feels, Plazewski pauses for a moment, takes a short intake of breath and hurriedly says: “It’s amazing. It’s hard work. I need a break. That’s why I need this holiday because it’s not only physical work, it’s the mental as well – planning everything.”

He pauses again. “It’s been a stressful and challenging time. But we are on schedule, we’ve planned this well.”

After Dunphail is up and running, and Plazewski has trained his dream team to the standard of Bimber, you wonder what’s next. You sense he won’t just stop after realising his Scottish dream, and that there will be a new North Star.

When asked, he responds to the question with a wry smile, indicating this is not the first time it has been posed to him by others, or even himself. “I would say yes, I’m done after this, but people I know and people around me are saying to me, you are never going to stop, you’re going to find something else.

“But I would say I think I’ve done my dream and when this [distillery] is going to be open, I’m thinking to really concentrate and not do anything more. I don’t think I will put too much pressure on myself and my family again.” A seed of doubt creeps in and then he says resolutely: “No, this is it, it’s going to be my dream, it’s going to be super exciting and I’m not going to go for anything else. I’m just going to enjoy the time and share the drams.” We’ll ask him again in five years’ time.

For the time being, at least, Plazewski (and the wider whisky world) is satiated with turning modern whisky-making on its head and bringing fiercely traditional practices back to one of the oldest and most prestigious whisky regions in the world.

Our exclusive Dunphail cask offer is now live; register interest to find out more about how to own some of the distillery's first casks 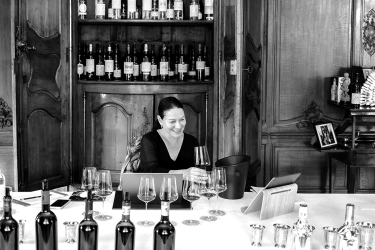