Remoissenet renowned for arguably the largest cellar of aged Burgundies on the planet have never released these wines on to the market and this therefore marks an exciting opportunity for the many fans of 2005 to buy wines that have remained unmoved in perfect storage in their Beaune cellars since it was produced. 2005 was one of the most iconic vintages in the history of the region, seen by many as one of the greatest vintages of all time.

Remoissonet has a fabulously chequered and typically Burgundian history. Fortunately the Estate is in the middle of a renaissance and these 2005s date back to the first vintage under the new management. Remoissenet has kept with their own tradition and are about to release large formats of library stock of 2005's exclusively through F+R.

The story behind the historic negociant and now domain producer of Remoissenet is a fascinating tale that epitomises the ups and downs of Burgundy’s turbulent history. Remoissenet in its heyday was one of the most important negociant houses of the Cote d’Or, founded in 1877 and have been sourcing wines throughout the region ever since. Right through the 1950’s, 60’s and 70’s Remoissenet built up some fantastic relationships gaining access to some of the greatest terroirs in the region direct from producers such as Comte de Vogue and Comtes Lafon prior to them bottling their wines themselves under their own labels. The heady combination of these sorts of producers going into these cuvees, these days, is something hard to believe possible. This was a time in Burgundy where the negociant really was king and single producers simply did not have the resources to produce and market their own wine, leaving it to the experienced negociants such as Remoissenet to make and market the wine.

As the times have changed and the global reputation of Burgundy grew in the 80’s and 90’s, the negociants relevance began to dwindle as the independent producers saw their opportunity in a market that was fast becoming lucrative even for tiny family domains situated in the right spots of the Cote d’Or. This was the beginning of a new era in which independent growers came to the forefront of top Burgundy production. Remoissenet was a victim of this and as the independent growers took the crown from the negociants, Remoissenet's access to such sites dwindled and the reputation and quality of the wines began to drop fast. 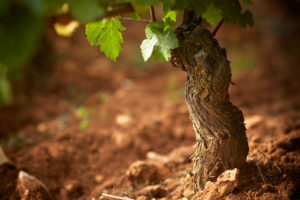 The darks days of Remoissenet meant that a huge collection of old Burgundy from top sites and growers in the whole of the region lay in storage in perfect condition forgotten in the cellars of Remoissenet in the centre of Beaune untouched for a generation. Finally Remoissenet’s last family proprietor sold the Maison and the cellar in 2005, opening up the huge collection of wines some dating back to the 1950s to avid Burgundy enthusiast and collectors, giving access to some extraordinary hidden gems.

Under the new guidance from an experienced team of Burgundians and backed financially by the wealthy American financiers and Burgundy aficionados, Edward and Howard Milstein; Remoissenet was described by the new head winemaker (previously from Louis Jadot) Bernard Repolt as a ‘sleeping beauty’, a historic Burgundian icon that now with new resources could acquire vineyards for themselves and control every aspect of the winemaking process for new cuvees whilst at the same time being able to release, when they feel like, wonderfully old and beautifully aged cuvees from the cellar.

Don’t miss the first release of bottle aged stock from the Remoissenet cellar under the control of Bernard Repolt, released on to the market in their perfect drinking window; these can be enjoyed immediately and will drink beautifully for years. 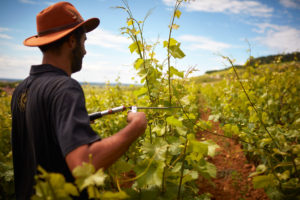