Russell Bevan is the man behind Bevan Cellars, one of the highest performing and most critically acclaimed wineries in Napa Valley (receiving no less than 7 perfect 100 point scores for his wines from Robert Parker in the last 8 years). Russell was initially a wine journalist before deciding to jump into the production side and start making his own wines, with 2005 being his first vintage. Due to his previous career he gained incredible access to some of the great minds of Napa – including Philip Togni and Greg LaFollette who played a large part in his education in the early days and have remained an inspiration throughout. These connections also gave him great access to some of Napa’s top vineyard sites. Now in his 14th vintage, Bevan is very clear about what the most important elements in top winemaking are: gaining access to the top vineyards (he believes just 15% of Napa vineyards are capable of producing top quality fruit); strict tannin/extraction management with a focus on refined tannins and preservation of Napa fruit by pulling back from extraction.

As Bevan Cellars has gone from strength to strength and Russell's wines have become some of the most sought-after in Napa, Russell has told us he is not looking to grow Bevan Cellars' production. Instead, he has looked to develop his new collaboration of Napa blends, providing a new portfolio in the form of PerUs. As new contracts become available on the vineyards he works with (namely Tench, Sugarloaf and Edcora) he takes on these new contracts for the PerUs cuvees. Whilst he is the winemaker and a key part to the project, PerUs is an impressive collaboration of some great minds in the winemaking world, including Dustin Wilson (Master Sommelier featured in the Somm films and ex-Wine Director of the 3 Michelin star restaurant Eleven Madison Park) and Ronan Sayburn (another Master Sommelier and Head of Wine at 67 Pall Mall) as part of the team.

When we caught up with Russell last week, we asked him in what way PerUs is different to Bevan Cellars. Russell clarifies he has kept his winemaking philosophy the same; elegant tannin management, protecting the unique qualities of Napa fruit without over extraction and sensible new oak management. PerUs, rather than focusing on single site expressions (very much the idea behind Bevan), is about blending characteristics from different vineyards together to produce something unique.

For Russell, PerUs is about putting very powerful pieces of the puzzle together in a way that works. Taking the personalities of top vineyards such as Tench (Screaming Eagle vineyard), Sugarloaf, Kayla and Edcora and putting these elements together in such a way that produces a wine greater than its parts. To get to that point takes a lot of work. He uses three different cooperages for the oak barrels and three levels of toast. He uses only free run juice, put straight into barrel following fermentation, with each of these barrels producing a unique personality. These different elements together produce a wide array of components to work with when blending. A total of about 45 barrels are blended together to produce 3-4 final cuvees. Russell arranges countless blind tastings of each of the vineyards and the different barrels to put together potential blends. He tastes every possible combination of blends up to 15 times before committing to the final blend.

Following the initial blends he will taste and re-taste until he feels the blend is right, looking for the perfect balance between structure and personality coming through in the wines. It doesn’t always work out as planned. The Tench vineyard produces very powerful wines that when blended with Sugarloaf for instance, which has a very elegant personality (think Spottswoode), the Tench, if not in the right proportion, can easily overpower the personality coming from Sugarloaf and you can lose the qualities of both. It is this painstaking attention to detail in blending that Russell believes marks out the PerUs wines.

Working extensively in Napa for the last 14 years, Russell has a pretty clear overview of the state of Napa Valley today. It is no secret there is a lot of money tied up in Napa these days and it is this new money in the region that has become a driving force in current developments. Russell states that the money made in Silicon Valley has created a stream of investors into the region who have bought up land and planted extensively on less than ideal parts of Napa, hiring the same small number of contract winemakers who are producing truckloads of substandard Napa Cabernet in a homogenous style. With Napa being known for producing very powerful, high-octane wines from very ripe fruit, Russell believes that these producers are losing fruit purity from over-extracting the tannins – “pounding the death out of them” and losing the purity of the Napa fruit that makes the region so unique.

On the other side of the debate in Napa you have the Sommeliers who are becoming a more and more powerful voice in the region, telling winemakers to pick earlier and bring the alcohol down in their wines. Russell feels like he is somewhere in the middle in terms of picking, but most importantly wants his wines to speak of where they come from rather than producing powerful yet homogenous wines. His philosophy is to preserve the lushness of fruit capable in the best sites of Napa (he believes only 15% of vineyards in Napa are capable of this) and to handle the fruit from each vineyard differently depending on its personality. He compares some of his favourite Napa vineyards sites to the great vineyards in Europe; like Hermitage and Cote Rotie, these are sites where vines are stressed providing grapes with a huge amount of natural energy and power. This power and energy needs to be treated carefully in order to retain it - not heavy-handed over-extraction, losing the purity of the site. Napa is famous for its purity of fruit and first and foremost this must be preserved and these flavours protected. Russell has incorporated “Pulsair” into his winery which he believes has been paramount in improving the quality of the wines made at Bevan and has incorporated the same at PerUs. Rather than punching down or adopting pump over methods for extraction, air is bubbled through the fermenting must. This creates a more ambient temperature during the fermentation, creating no issues with reduction and requiring less sulphur and less yeast assimilated nitrates whilst avoiding stuck fermentations. The result is a fresher wine with massive, powerful, concentrated yet refined tannins.

Janeen (90% Cabernet Sauvignon 10% Cabernet Franc) comes from Edcora, Sugarloaf and another very famous vineyard in Oakville that cannot be publicly disclosed. Russell explains that Edcora has a high content of iron and planted at 800ft altitude gives the wines a thicker skin which means it has to be handled differently. Wines from Edcora can easily be over-extracted and so require special efforts to provide the wine with just a light extraction to capture the fruit and the fine tannins at the expense of more robust ones.

Kyla (50% Merlot, 25% Cabernet Sauvignon, 25% Cabernet Franc) is produced from Sugarloaf, Tench and Atlas peak. The Sugarloaf vineyard has very little topsoil and is incredibly rocky making it very difficult for vines even to take hold into the ground. This stress on the vines produces small bunches of Merlot, full of richness. It gives the wine great body and seductive power and a decadence ideally suited for top Merlot.

Armaan (60% Cabernet Sauvignon, 20% Merlot) hails entirely from the Tench vineyard and this was the classic situation in which the power of Tench was allowed to shine on its own. Cabernet Sauvignon from Tench has an amazing ability to age, yet Bevan believes his skilful tannin management can make the wine enjoyable in its youth as well as with bottle age. 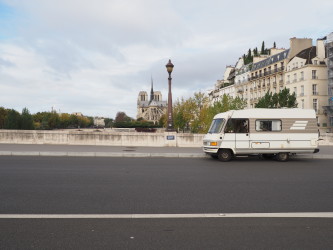