EditorialpeopleWines from Syria – Making Wine on the Frontline

Wines from Syria – Making Wine on the Frontline

On my recent trip to Lebanon this winter I was introduced to wines from a fully operational winery in Syria. With the utterly devastating and continuing civil war in Syria over the last 7 years, initially I thought it couldn’t be possible that such a thing could exist. On tasting the wines at an artisan market in Beirut I was also really impressed with just how good they were. Against all the odds this winery - Chateau Bargylus, continues to produce delicious white and red wines in Syria, which they are successfully managing to sell around the world. I was fortunate to catch up with Ayman Khoury who works for Chateau Bargylus (who for now is based in Beirut) about the project, the wines and the difficulties faced producing wine in a war zone.

The winery and vineyards are based in the north east of the country, 60 kilometres inland from the coastal city of Latakia. The men behind the project, two brothers Karim and Sandro Saade who whilst growing up in Beirut have family ties back to the Latakia, decided to set up the winery there in 2003. Although there is no history of grape growing in the region in recent times they knew historically that the region was used by the Romans to produce some of their finest wines. This gave them the impetus to investigate further the possibility of planting vines and setting up a winery in the region.

The brothers come from a wine production background with their own Lebanese winery in the Bekaa Valley called Chateau Marsyas. At the time of first investing in the site and planting vines at Chateau Bargylus in 2003, Syria seemed a much more stable place than neighbouring Lebanon who at that time was entering into some political turbulence. By the time of their first harvest in 2006 Lebanon was entering into a proxy war with Israel.

The brothers hired Stephane Derenoncourt, one of the top wine consultants from Bordeaux to help them find the perfect spot for their Syrian vineyards. They found vineyard sites with high levels of flint (silex), limestone and clay ideal for fne wine production. This maritime climate makes the wines from Chateau Bargylus very different in style to their wines from the Bekaa Valley in Lebanon. This is because the Bekaa Valley (protected by two mountain ranges) has a unique micro-climate that is very dry and dominated by red clay soils. Latakia on the other hand has much more humidity and is cooler due to the influence of altitude and the ocean breezes. The higher content of limestone and flint in the soil produces a fresher, less alcoholic wine but with no shortage of ripeness.

Finding the right spot was a long process with plenty of soil test and analysis and in-depth weather reports. With no other winery existing in Syria they had to rely on their own data in regard to optimum location. 12 years on from their first harvest they are very happy with their settling place – at least in terms of what normal winemakers are looking for in regard to location and terroir. The immediate problem setting up a winery in a place where no wine culture exists however is finding people to engage with the project and training up the local inhabitants to produce something they are not familiar with. This accomplishment might have come to be the most beneficial process of the operation in terms of its survival through the civil war.

Since the war broke out the brothers have not been back to the winery (for fear of kidnaping or worse). Despite this they have been managing the winery from afar (based in Beirut) but communicating with the local workers every day as the winery continues to operate despite the war). The winery is and always has been run and operated by locals of the Jebel-Al-Ansariyeh trained up since the winery’s first vintage in 2006. Their skills and experience has enabled them to keep the winery in full operation without their owners stepping foot in the winery for over 7 years.

The whole operation of wine production (from grape growing, production to bottling and labelling ) all takes place at the winery in Syria. Workers feedback to the brothers every day on the developments in the vineyard and winery and leading up to harvest grapes are taxied in refrigerated containers from the winery to Beirut for final analysis on when to pick. It seems an extraordinary operation that, for the time being, works. The finished wines are shipped from Syria (in refrigerated tanks) to Port Catalytic in Egypt before being split on to boats with one returning to Lebanon and the other going to a central warehouse in Belgium where the wines are distributed more freely around the world.

The logistics to import French oak barrels, French corks and all the winemaking equipment is a logistical nightmare in itself, but being the only winery in the country means everything has to be imported. Yet it is the 30 full time staff working in Syria that are the real heroes behind the fact that this winery has continued to operate throughout the civil war under the most difficult circumstances. Ayman says they are fortunate in some respect that the west coast of the country has been spared the worst of the fighting and it is not as ravaged as other parts but there have been some close shave throughout the war with fire fight between government and rebel forces breaking out 100 yards from the vineyard in 2015 as well as 2 mortars landing in their Chardonnay vineyards. Fortunately there have been no causalities at the winery as it continues to operate. For the winery to produce such delicious wines against such hardship takes incredible dedication. To be able to provide work and income for the locals where many industries have been forced to close due to the catastrophic effects of the civil war is a remarkable feat against the odds. 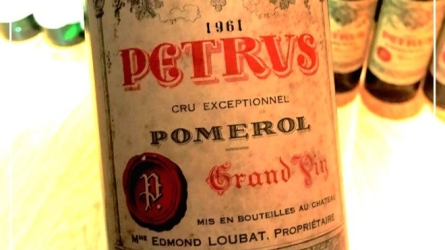