WhistlePig: behind the headlines 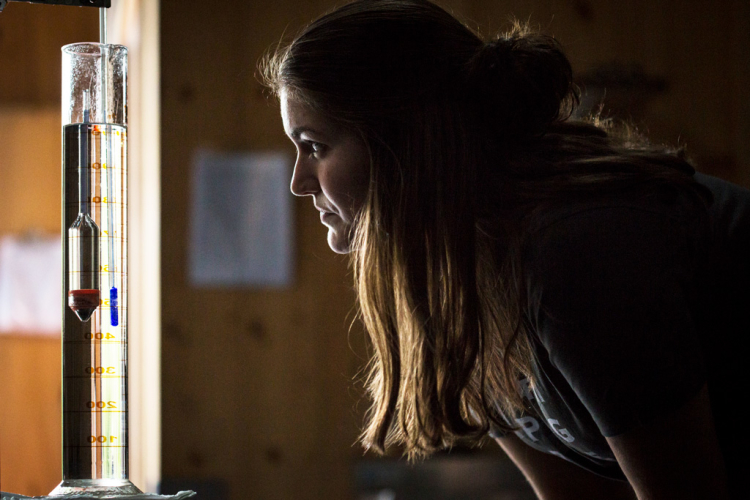 Since it stormed onto the whiskey scene in 2015, WhistlePig has rarely been out of the headlines. Success, tragedy and villainy have all befallen the zero-generation distillery in its short history. Holly Motion talks to the bright new light at the Vermont-based innovator

The smallest event can set us on our path. A chance encounter, a favourite book narrated to us as a child, or a popular culture icon that we’re desperate to imitate. For Meghan Ireland, it was a double-page spread in a magazine. She might not remember who it was about, but the subject lit a fire in her that burns just as brightly many years later.

“I was like wow, that’s what I want to do,” she says – eyes as wide as saucers – in the back room of the WhistlePig farm-cum-distillery in Vermont. The Whisky Advocate feature on a female Master Distiller showed the second-year Chemical Engineering student and “total chemistry nerd” a career she hadn’t previously considered open to her.

“I got super determined after that,” she says. After cutting her teeth in a craft cider role, Ireland joined WhistlePig, or “the playground for distillation” as she describes it, which was under the inimitable stewardship of distilling icon Dave Pickerell.

“He was just an amazing guy,” Ireland says. “Big personality and incredibly smart. He was always pushing innovation and experimentation and that’s something that has really stuck with this company.”

Pickerell’s untimely passing in 2018 sent shockwaves across the industry, and many still talk about the role he played in the craft spirits revolution and subsequent rye whiskey revival.

Many twittered about the fate of WhistlePig without the great man and his boundless creativity. This speculation only intensified after his successor’s short spell at the helm of the company. Today, Emily Harrison and Meghan Ireland head up distilling and blending at WhistlePig and, if their enthusiasm and first whiskeys are anything to go by, then those naysayers were very wide of the mark. 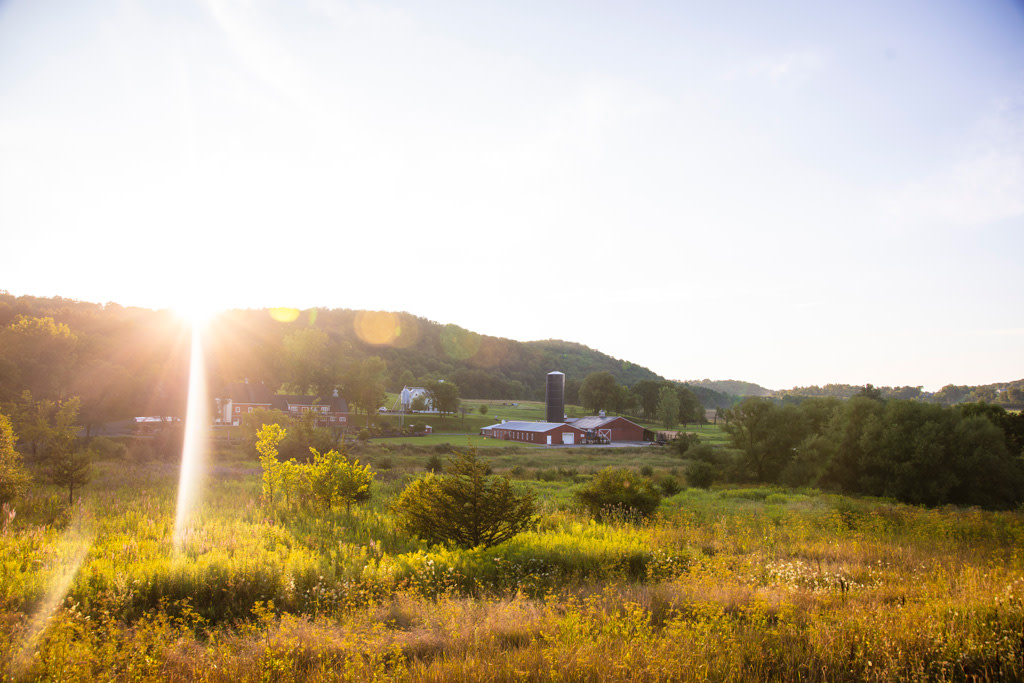 “Dave gave us the ability to kind of run wild and create different experimentation options,” Ireland says. This creative energy is palpable in Ireland’s words and evident in everything the team has produced to date.

“To this day my CEO asks me on a weekly basis, ‘What’s your new idea? What are we trying this week? What’s the new concept?’ He is always pushing, and he is always asking.”

For some, this relentless pursuit might be draining, but it seems to have the opposite effect on Ireland. “To actually be able to explore and experiment with different options has been awesome.”

Since its inception in 2015, WhistlePig has gone from a slightly obscure project to a formidable force on not only the American whiskey, but global whisk(e)y, stage. To get the brand off its feet, Pickerell and founder Raj Bhakta were very transparent about the fact they sourced whiskey from elsewhere in Canada. Today, the distillery is making strides in becoming a truly farm-to-bottle rye whiskey.

“As much as we can, we want to produce a product that is ours fully,” Ireland says. “We are excited about releasing more and more of our own stuff to show off to the world what we can do here in Vermont.”

The 500-acre former dairy farm is in a unique position – conceptionally and geographically. While the land may be fertile and the agricultural produce is verdant, the soil and water are both incredibly hard. As a consequence, the team has continually experimented, adapted and learned the best ways to use its triple terroir – grain, water and wood – to its advantage.

“It makes who we are,” Ireland says. “You’re starting with very simple ingredients – rye and water. So, they are going to make up a big part of your flavour profile. I think terroir is huge in any distillation process.”

Another huge part of the innovation at WhistlePig and the thing that really excites Ireland is the single finish programme. The Whiskey Blender has carte blanche to pick barrels and make one-off products.

Part of her role, and one you sense she relishes, is finding the barrels. Ireland scours barrel libraries and leans on her contacts for anything new and exciting that appears on the market. There’s little she won’t try at least once.

“I’m willing to put whiskey into anything,” Ireland says with those wide eyes. “I’m always looking for something different and unique. It’s fun to see when it’s going to hit that sweet spot between under-finished and over-finished.” 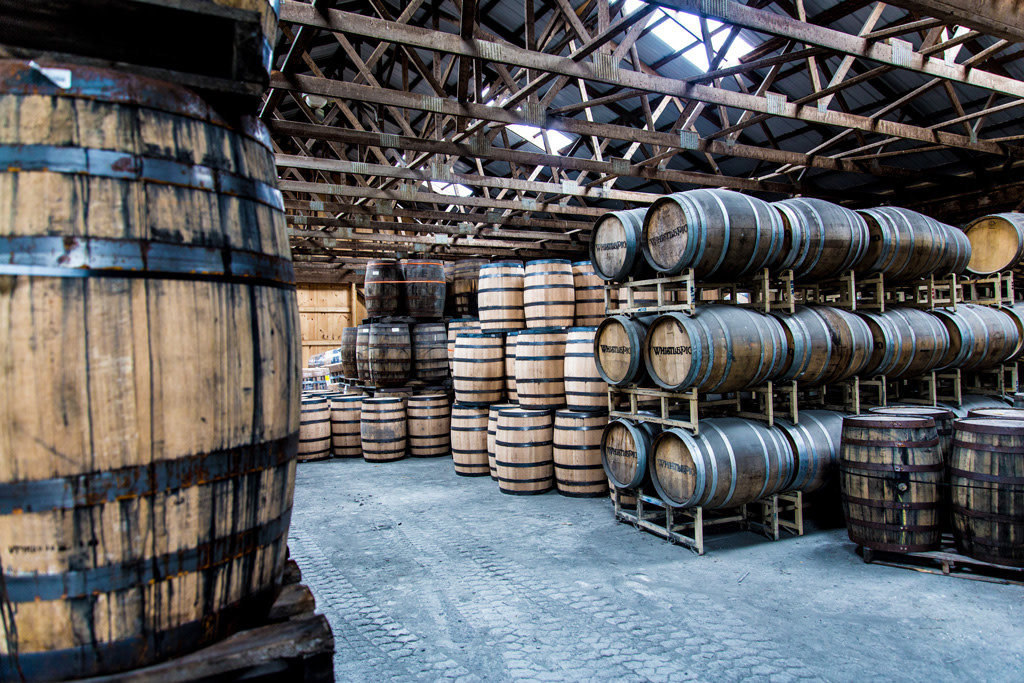 She has been experimenting with Triple Sec and apricot brandy barrels, and a “couple of different wine finishes” are all maturing when we speak. The way the stills are designed (by Pickerell) allow for flexibility and are perfect for experimentation on both the front and back end.

As with any experimentation, there have been some less successful outcomes.

“I did a coffee barrel that was awful,” Ireland says, stifling a laugh. “It was bad. I was thinking like Irish Coffees and I thought it could work really well. People drink whiskey and coffee together anyways but that did not turn out good.” She hasn’t abandoned that idea just yet though. “I do think there are some adjustments that I could make and potentially still get a good product on that line of thought, but our first try was not there.”

In terms of unicorns, Ireland says there are a couple of different Californian barrels she’d like to try and she’s trying to get her hands on a rosé barrel. “Not a lot of rosés are barrel-finished,” she says. “But I think that would be super interesting and a lot of fruity flavours would come into the whiskey potentially.”

For the time being, the Whiskey Blender is experimenting with the many barrels she watches over. “I’m going out pretty regularly and pulling samples and trying to hit that point where I think we get the best flavour out of the different barrels. I’m getting to continue to push the boundaries of what we can put whiskey into.”

One suspects it won’t be long before Ireland’s story inspires a whole new generation of chemistry nerds.

Keep an eye out for our exclusive WhistlePig x Dal Forno bottling coming soon. In the meantime, browse our current range of the Vermont distillery’s rye whiskeys. 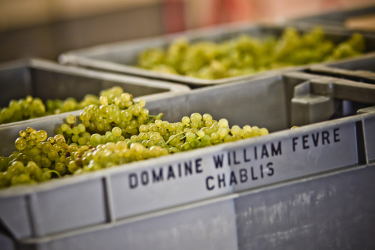