In anticipation of the imminent Burgundy 2017s hitting the market, the F+R team have been eager to get first impressions of the vintage from some of the world's leading experts on the region. In a series of interviews with producers and critics alike, we caught up with the Wine Advocate's Burgundy reviewer William Kelley, after his recent visit to the region, to find out his thoughts and what to expect with the 2017s...

What are the defining elements that mark the 2017 vintage? Are these the same in each of the regions of Burgundy (Chablis, Cote d’Or, Chalonnaise, Maconnais) – or have they been marked by different episodes?

The defining features of the 2017 vintage are a generous crop and a comparatively early harvest; the summer was warm, but cooled off around harvest time, with showers in early September. The Chardonnay harvest began in late August and was well underway by early September, with Pinot Noir following hard on its heels. Chablis was hit by frost, though less severely than in 2016—and the growing season was considerably easier, too. The wines are supple, charming and comparatively low in acidity. As I've written in the Wine Advocate, at this stage, the wines of the Côte d'Or evoke a riper, somewhat more concentrated version of the 2007 vintage; of Chablis, a somewhat more classic, charming version of the sun-kissed 2015s; and those of the Mâconnais a more concentrated version of the 2011 vintage (which, you'll remember, was quite different in the Mâconnais to the Côte d'Or)—indeed, several of the Mâconnais wines I've tasted are just as ripe and burly as their 2015 counterparts.

How do the 2017s compare with '15s and '16s at this early stage? You mentioned in the WA report they are not as concentrated – is that a fair generalisation of the vintage across the region? Why do you think that is? 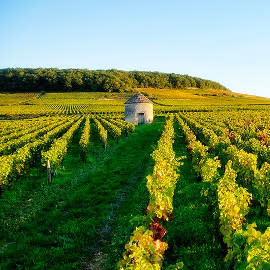 Across the board, the 2017 wines are less structured and less concentrated than either the 2015s or 2016s. While their supple, open-knit profile may make them seem more "classic" than the rich, dense 2015s, the 2017s do share some of the 2015s' generous, sun-kissed qualities; moreover, acidities were typically lower in 2017 than in 2015, several growers reporting the highest pHs they had witnessed since 2006. By comparison with 2016, the wines are considerably more consistent: 2016 was defined by frost, which devastated some parcels while sparing others, making for a very variable vintage. However, the red 2017s generally lack the tension, energy and concentration of the best 2016s. The white wines are almost invariably superior in 2017, in all three regions—though this is Burgundy, so there are always exceptions.

With a fairly smooth growing season in 2017, how important are the winemakers' choices: picking / vinification / maturation? Are these different approaches noticeable in the styles of different producers?

Controlling yields was arguably the principle challenge. Vines frosted in 2016 bounced back with a superabundant crop in 2017, and many growers who had suffered in 2016 were understandably reluctant to "look a gift horse in the mouth" by pruning hard, debudding and green harvesting. Those who did limit yields, however, were rewarded with better wines. Those who didn't sometimes even struggled to attain the minimum alcoholic degrees despite the easygoing growing season—remember, the larger the crop, the slower ripening. As it was, many domaines needed to chaptalize. With regards to harvest dates and élevage, time will tell: I'll be tasting extensively later this year. It's too soon to make any pronouncements.

In a vintage like this, does terroir become more or less important?

Conditions were sufficiently favorable that it was possible to ripen grapes pretty much everywhere, providing yields were reasonable, so terroir didn't make the difference between success and failure. As to whether it's a vintage which will render terroir in "high definition", it's somewhat early to say. My intuition is that this will be a year that's about charm and fruit—but there will certainly be exceptions that belong in the pantheon of serious vintages, and I've already tasted some of them. To interpret your question differently, I'd add that in the Côte d'Or, 2017 looks to be what is sometimes called "a winegrower's vintage", in that it's the producer that will make all the difference. Only if the producer works well is it possible to start discussing nuances of terroir.

Have you noted different impressions of the vintage depending on the grower or region?

Producers' personalities vary as much as their wines. With more or less justification, some are candid and self-critical to a fault; others are upbeat and bullish. But that's true every year. I try to listen attentively but form my own judgement.

What are the positives regarding the 2017 vintage? 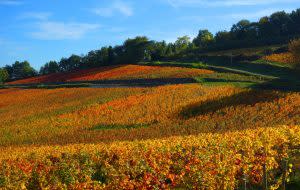 It was a generous vintage in quantity, so there will finally be some wine to satiate demand—and some commensurate cashflow to keep struggling domaines afloat after several consecutive short crops. The red wines, moreover, seem to be supple and charming: they'll give us something to drink while the best 2015s and 2016s mature; and their open-knit, expressive quality will mean that they will deliver a great deal more pleasure than a more serious 2015 or 2016 opened before its time. As for the Côte d'Or whites, I haven't tasted enough to comment, but some producers have certainly said very positive things: let's see.

Unlike Chardonnay, Pinot Noir seldom produces great wine when cropped at elevated yields. It seems likely that 2017 will have produced more than its fair share of over-cropped, somewhat ephemeral red Burgundies, generously chaptalized and beefed up with every trick in the enologist's handbook: enzymatic extraction, added tannins and so on. While consumers would be shocked to know just how reasonably priced Burgundy's wines still are at the cellar door, almost anything with a prestigious appellation now retails for a hefty sum. It isn't really the producers' fault, but I feel sure that not all the 2017 reds will be able to meet the lofty expectations that such pricing establishes.

Who are the producers you are particularly excited about in this vintage?

It's honestly too early to say: ask me again in six months' time.

Outside of this vintage, which wines have blown you away recently? 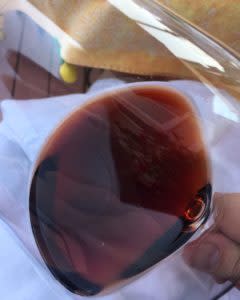 I drank two bottles of the 1947 Clos des Lambrays in the last two months—one in Burgundy, and one in California—and both were spectacular. It's a deep, infinitely multifaceted and immensely concentrated wine that's rich and gourmand without being heavy. And it's still full of life (photo attached). Why so few of Burgundy's 2003s turned out like the 1947s is a question I find endlessly fascinating, all the more so as 2018 seems to be headed in a similar direction (at the time of writing).

But I don't only drink Burgundy. From Piedmont, Giacosa's 1989 Barolo Falletto red label blew me away last week—it's a massive, powerful wine but it's beginning to display some development. From Oregon, I shared a bottle of Eyrie Vineyard's 1978 Melon de Bourgogne with Jason Lett a few weeks ago: far more than a curio, its aromas evoked an old Chartreuse. And from California, Philip Togni's 1992 Cabernet Sauvignon was strikingly good: if you can imagine the aromas and flavors of the 1990 Château Latour (but cleaner, I should add) combined with the power and concentration of the 1982, you'll have some idea of its character. Togni has produced some monumental wines over the course of his long career, most obviously the famous 1969 Chappellet, but that 1992 must surely rank among his greatest hits. I drove up Spring Mountain to see Philip and Lisa Togni the next day and it was a very special moment.

The Best Places to Eat in Burgundy – According to Local Winemakers