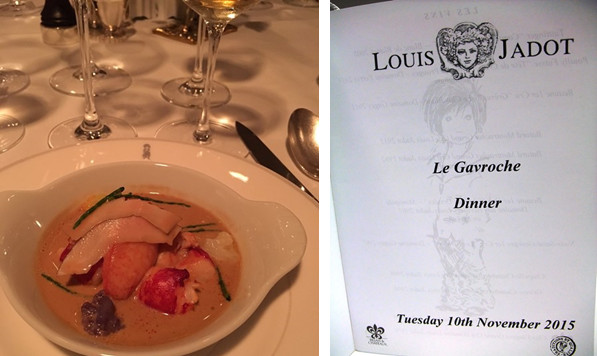 What happens when a world-class restaurant pairs with one of Burgundy's most prestigious producers? Buying Director and Founding Partner Bud Cuchet reports back from a magical evening spent at Le Gavroche Louis Jadot dinner.

* *Le Gavroche is a restaurant that needs little introduction. Just two years’ shy of its fiftieth birthday, it is an institution of fine dining, a bastion of French cuisine in the heart of Mayfair. With two Michelin stars and a consistent place in Restaurant magazine’s Top 50, it is widely considered to be one of the world’s very best restaurants.

Imagine my delight, therefore, when I received an invitation to attend their recent dinner held in partnership with Louis Jadot.

Jadot and Le Gavroche have a long and illustrious partnership. The elite wine producer has been supplying Le Gavroche with its wines for over thirty years. In honour of this relationship, Le Gavroche hosts a bi-annual dinner for its top clients, in which Jadot’s wine are given centre stage.

This year, I was kindly invited by Jadot’s president Pierre-Henri Gagey as one of two wine industry guests (alongside Decanter Magazine) to learn about this fascinating partnership and to be a part of this excellent event.

I was seated to Pierre-Henry’s right, opposite Albert Roux, one of the restaurant’s original founders. His son and current chef patron Michel Roux Jr took us through the exciting menu, pointing out the

As dinner progressed, Jadot’s president Pierre-Henry spoke more about the producer’s long history with Le Gavroche and shared his memory of first eating at the restaurant over 30 years ago with his father. 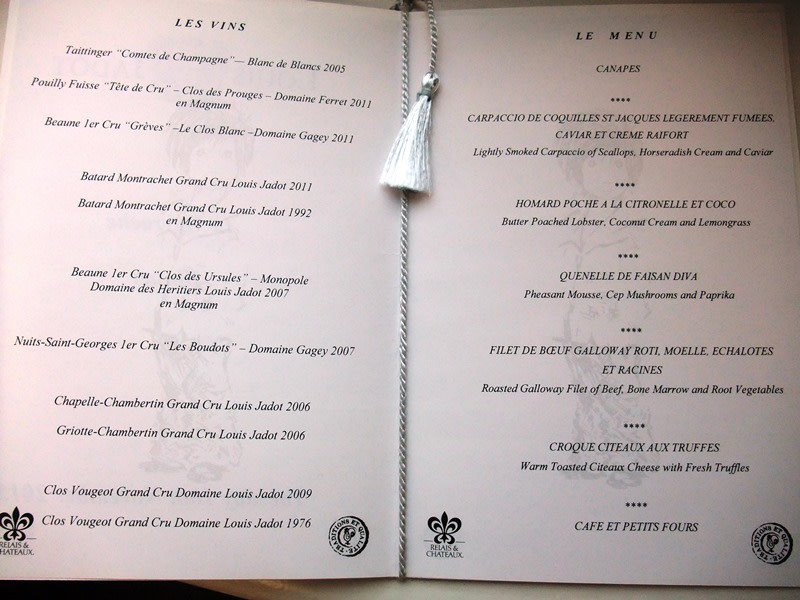 The Menu – My Highlights

Through the course of the dinner, we were served no fewer than eleven different wines, spread over six courses, plus canapés.

The 1992 Batard Montrachet, from magnum, paired with Butter Poached Lobster, Coconut Cream and Lemongrass – one of Albert Roux’s personal favourites – was one of the dinner’s most memorable combinations; the acidity of the Batard perfectly balance the richness of the coconut cream.

Another was the Roasted Galloway Filet of Beef, Bone Marrow and Root Vegetables, stylishly matched with the two 2006 Grand Crus; the Griotte Chambertin had a darker more earthy style whereas the Chapelle Chambertin was wonderfully delicate and silky. Both showed fantastically with the beef and the subtle but intense flavour of the bone marrow.

Michel Roux Jr spoke of the Croque ‘Citeaux’ aux Truffes (warm toasted Citeaux cheese from Burgundy with fresh truffles) paired with the 1976 Clos Vougeot as one of his personal menu highlights, and it was indeed magical. Finishing on this wine was a real treat; sent direct from Louis Jadot’s cellars, it tasted as if it was only 20 years old – fresh and vibrant with perfectly ripe Pinot Noir fruit. An interesting conversation followed about how well the ‘76 is currently showing compared to the ’78, thanks to the heat of 1976 giving the vintage more ripe fruit.

All in all, this was a truly memorable evening at Le Gavroche and I was very grateful to be one of such a friendly group of invitees. 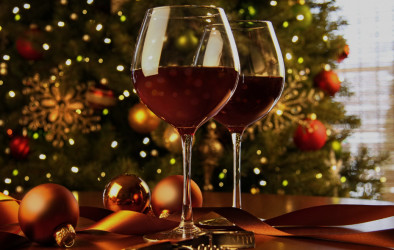 What To Drink This Christmas - F+R Employee Picks