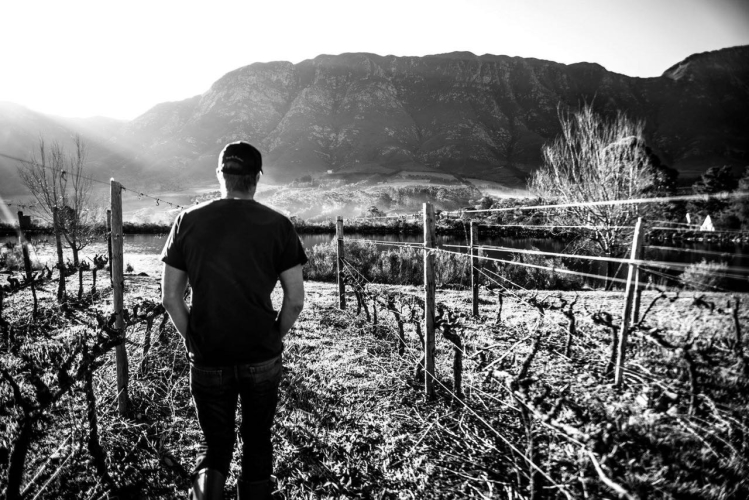 F+R: You started producing wines from 2005 – did you buy a developed vineyard or did you start from scratch?

Craig Wessels: We started with about 5 hectares of 5-year-old vineyards that had been planted in 1999, prior to our purchase of the farm in 2004.  The vines were a bit neglected and some were later removed and replanted.

F+R: What was your inspiration to choose the Hemel-en-Aarde region to start your wine business?

Craig Wessels: We actually had no plan to start a wine business when we got here.  We were looking for a farm and a place to build a home and raise our family, away from the city.  We knew the area well and decided the Hemel-En-Aarde (HeA) offered us this opportunity, and the farm was only 10km from our beautiful beaches (and surfing).  We have never lived far from the ocean.  I was interested in making wine, so after buying the farm I started making wine for personal consumption.  Soon I was making more than we could drink, I fell deeply in love with farming the vines, and the rest is history…

F+R: The first official vintage of Restless River was 2012. What made you launch the brand then?

Craig Wessels: We launched the brand in 2012, with the 2008 Main Road & Dignity Cab Sauvignon, and the 2009 Ava Marie Chardonnay.  I had always thought that in general, serious wines were often drunk too soon, so I would hold our wines back in bottle prior to release, which we still do. 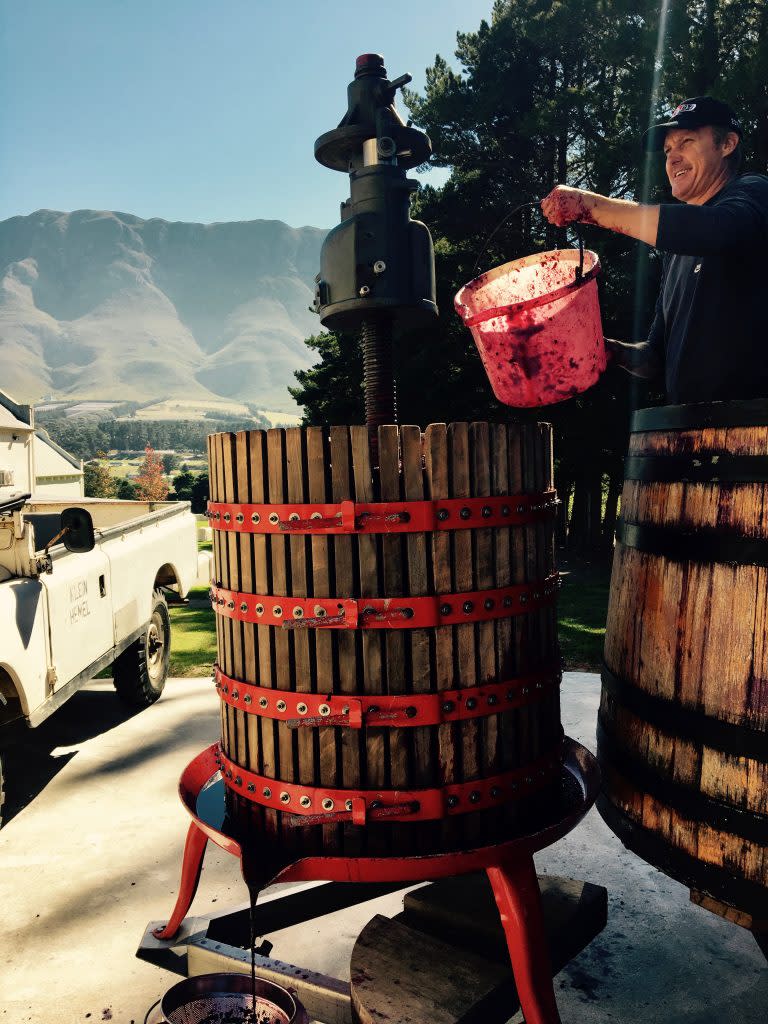 F+R: How much of the plot is currently under vine? And what percentage makes up each varietal?

F+R: Are their plans to expand the planting?

Craig Wessels: Another 3Ha of Pinot and Chardonnay each.  On some amazing virgin soils at 1200ft.  That will then be it; 17Ha of high quality, virus free vineyards in a cool region.  Lekka!

F+R: Hemel-en-Aarde is a fairly young wine producing region and you are based in the Ridge region – Can you break down what is specific about your terroir? How does it differ from the other parts of the region?

Craig Wessels: The HeA is unique in that we take the differences between our three small appellations seriously as they each differ substantially.  HeA is a narrow valley running east/west with very high mountains on the north and south.  With the close proximity to the cold Atlantic Ocean air-conditioner, gentle breezes and cloud frequently backing up on the mountains above us, we probably have some of the coolest daylight temperatures in South Africa.

Restless is in the middle appellation, Upper Hemel-en-Aarde Valley.  As the crow flies the vineyards are 5km from the ocean, separated by a mountain range.  The unique feature of our appellation is that we are the only appellation on predominantly granite-based soils.  Our heavy clay subsoil is decomposed granite, peppered with quarts crystals.  There are however a few small pockets of shale that were lifted up from the ocean floor with tectonic action all those years ago, but are very rare.  Fortunately we are on one of them, so we can farm in both granite and shale soils, a mere few hundred meters apart. 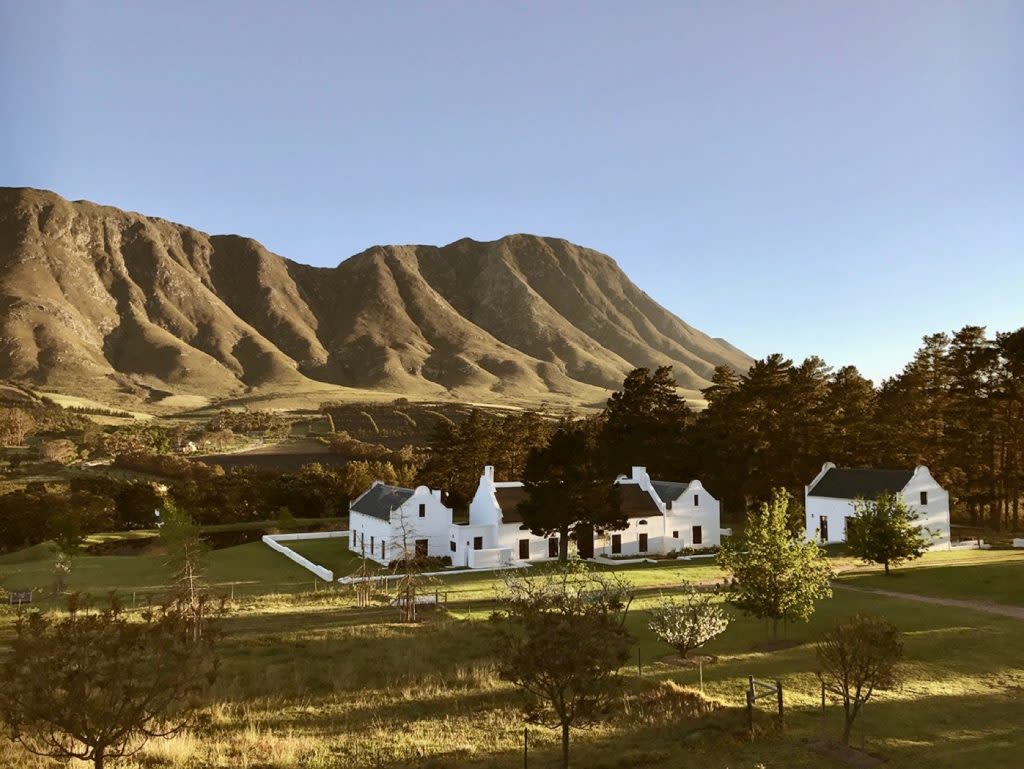 F+R: What made you chose to plant Cabernet Sauvignon in a region most famous for Pinot Noir and Chardonnay. It seems a risk that has paid off?

Craig Wessels: I have always swum upstream.  I am a big fan of the leaner, more alive versions of Loire Cab Franc, and the tighter, Left Bank versions dominated by Cab Sauv, both the antithesis of most New World Cabs expressing opulence with sun-baked fruit.  I think our appellation allows me to grow a Cab Sauv that expresses the varietal in a way that is directly related to our cooler area, and more specifically, our vineyards.  Yes, the commitment seems to be paying off – thankfully.

F+R: Now the region is becoming more developed and more varietals are being planted, what varietals do you think suit the region best or is it versatile enough to successfully manage them all?

Craig Wessels: I think it would be extremely arrogant for me to suggest that we know what works best, given that the first vine was only planted here in 1976.  Time will tell – but only long after I am gone.

F+R: Being a relatively under-developed region is there much collaboration between the growers in the Hemel-en-Aarde?

Craig Wessels: We are a small, very close-knit community of wine growers, sharing just about everything but our partners.  We eat together, work together, and drink together.  Tonight I am braaiing thick, grass-fed Rib Eye for 13 of us, drinking a range of Burgundies.  There is no other region in SA like it. 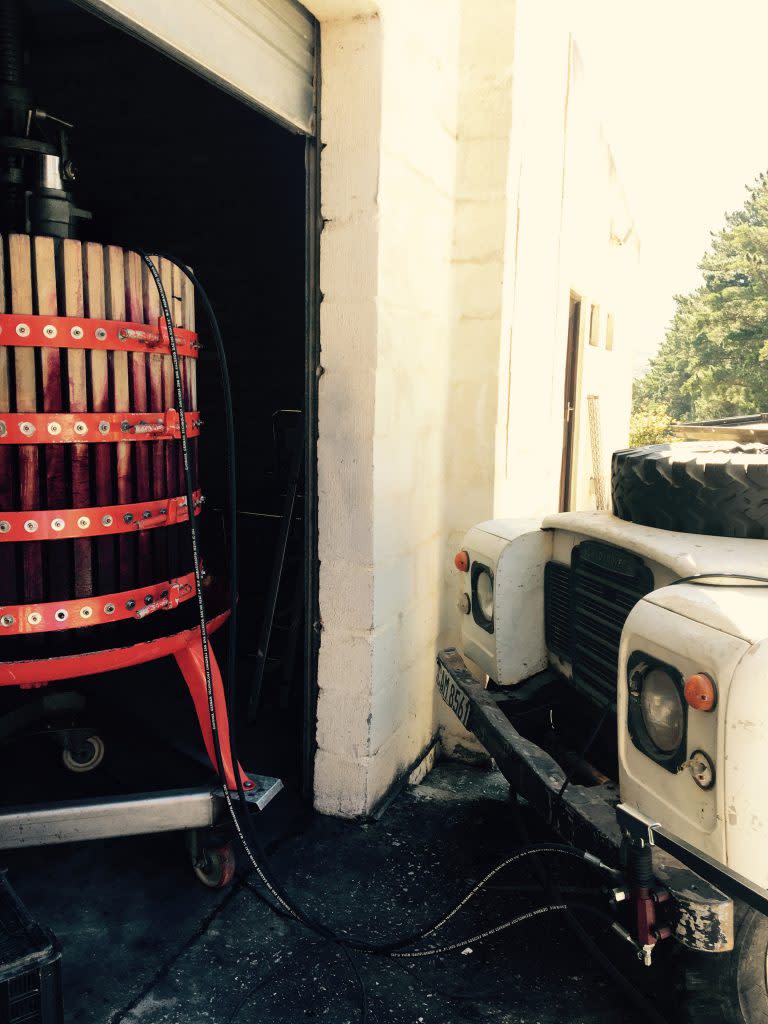 Powering the press with the car battery!

F+R: Your Cabernet Sauvignon comes from two separate vineyards – Does each site produce different flavor profiles? Would you ever make two separate cuvees?

Craig Wessels: Yes, each site contributes something unique and special.  However, production is too small to consider two separate cuvees (although luckily I do get to experience their differences as they are vinified and barrel aged apart).

F+R: How do you manage the crop levels?

Craig Wessels: Levels are managed naturally by the marginal growing conditions, strong winds during flowering and by the baboons and birds once the grapes sweeten.

F+R: You use whole bunch fermentation in your Cabernet Sauvignon, is this unusual in SA? I've noticed more and more people in Bordeaux also seem to be experimenting with it. What do you think it brings to the wine?

F+R: Can you outline why you prefer to use native yeasts/ spontaneous fermentation with your wines? What does it bring to the wine?

Craig Wessels: This is quite a long answer.  I think of my role as more of a translator than a winemaker.  Each vineyard speaks of itself, and I simply try to listen and then translate its story into the language of wine.  My view on vinification is that it is fundamentally about yeast.  I don’t believe my wines can be an authentic translation of their vineyard without using the wild yeasts from that vineyard.  Yeasts are critical protagonists in the story, with many different types in one vineyard, each contributing in own their unique way.  Fermentation is so complex, there are millions of yeast cells doing amazing things inside just one drop of juice the size of a tear, a miracle of nature really.  It worked naturally for over 8000 years, why would any winemaker wanting to express site introduce a commercial yeast to dominate? 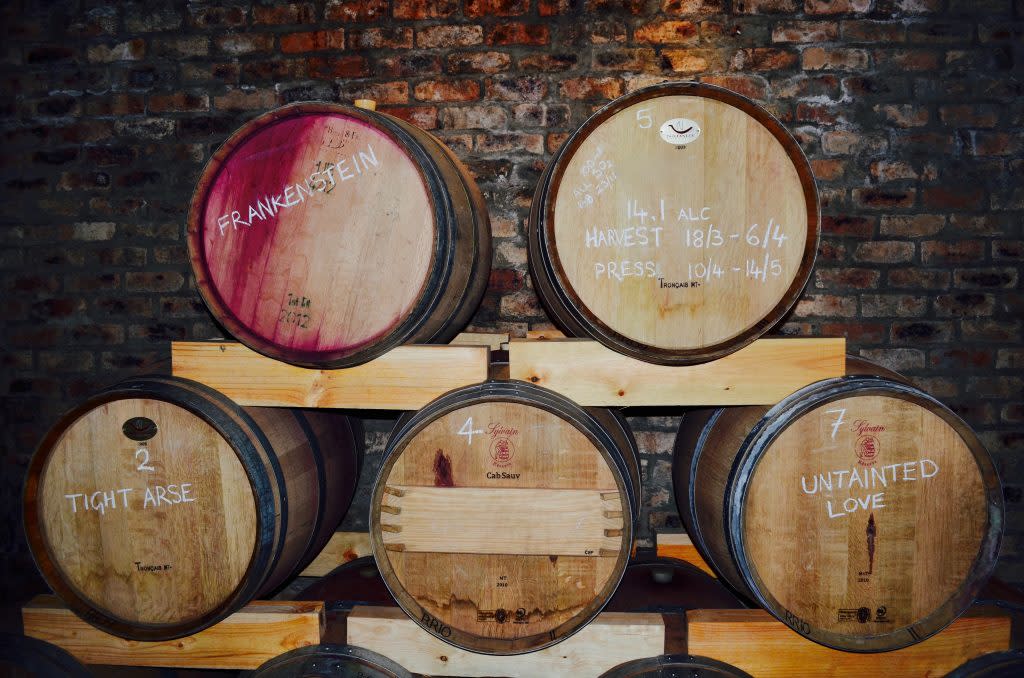 F+R: What wine experience made you start to think seriously about producing your own wine?

Craig Wessels: Walking in my vineyards, imagining the possibilities.  And meeting Kevin Grant, my early mentor, who spoke of vineyards and wine in deep way I had never heard before.

F+R: What are you dessert island wines?

Craig Wessels: A 3000L tank of DRC and I might never leave the island.

F+R: Are you planning another RestfFest for next year? How did the idea come about?

Craig Wessels: RestFest is now a biannual event, the next in 2021.  The idea was to raise funds for a few charities by bringing friends together for a super chilled, festive braai around our dam.  Live music, beer, wine and the African sunshine help too.  It’s really popular so we cap it at 600 people. 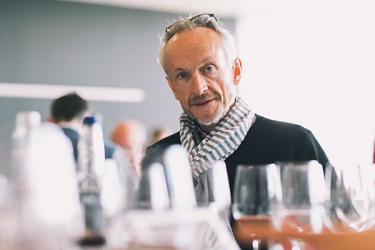