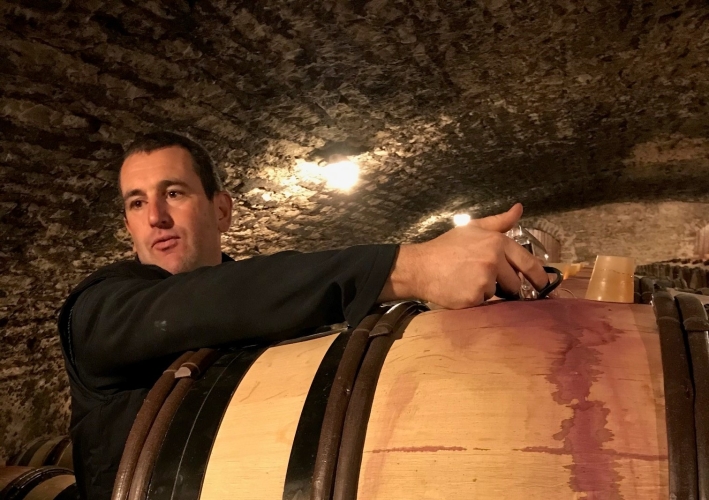 One of our most memorable visits and tastings this year was in Monthelie at the historic cellars of Domaine Potinet Ampeau. Ever since trying a collection of their aged whites a couple of years ago I’ve been captivated by the pristine quality and structure of their very mature white wines. This autumn we were finally able to discover the cellars and meet the very talented Vincent Durrieu to find out the secret behind this magical domaine.

Following the marriage of Vincent’s grandparents, the two separate domaines of Potinet and Ampeau merged. Already of high repute at the time, Vincent’s grandmother’s Domaine Ampeau were the first domaine to export wines from Meursault to the United States in 1925.

Producing wines built to age, has been at the heart of the philosophy of the domaine since the 1950s. But in those early days setting barrels aside was not always possible. In their first vintage together in 1951, due to catastrophic weather conditions, the newly merged Potinet Ampeau produced just half a barrel of wine in total! As Vincent explains. “During the ‘50s it was very lean times with at least one third of vintages producing no wine at all, another third of vintages being mediocre at best (and therefore with limited ageing potential) and then a third providing volume and hopefully quality”. It was these top vintages that enabled the domaine to survive through the difficult times.

Their reasoning to hold wine back was therefore purely for insurance purposes and was a common practice at the time. Holding back stock meant the estate still had something to sell even during the lean vintages. The fact that the wines were built to age only provided more assurance that the wines would hold their value over time.

Even during the sixties and seventies the Estate was not blessed with fortune. Vincent starts running through the vintages outlining how hit and miss the vintages were back then. In ’61 (despite it being a good vintage for many) there was no production at the estate, the same in ’63. In '65, '67 and '68 wine was produced but all were difficult vintages. Fortunately ’64, ‘66, and ‘69 were exceptional and these three vintages kept the domaine operational.

Whilst there were better volumes in the 1970s the quality was not on a par with the top vintages in the sixties. “’77 was a good vintage for whites, ’75 was horrible! ’78 thankfully was one of the vintages of the century!”

In the '80s, Vincent’s grandfather was close to retirement and so started to sell the wines off in bulk, leaving a real gap in the domaine's reserves for these vintages. When his father took over in the '90s they started to build the cellar up again. 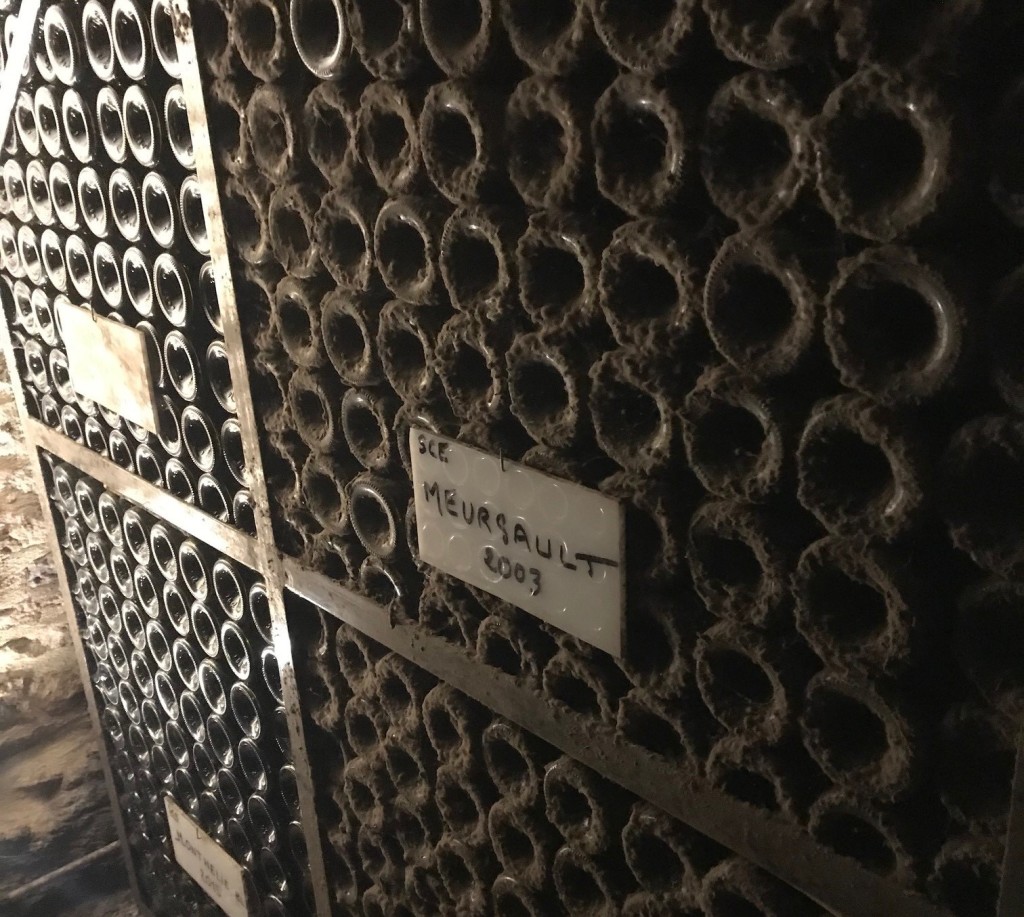 In the modern era of the estate, building up reserves was no longer for insurance purposes but a qualitative choice. With insurance companies now protecting suppliers against poor harvests, coupled with better technology to cope with disease and more consistent warm vintages, building up reserves was no longer a financial necessity. In fact, holding on to stock started to make less and less commercial sense for most vignerons, as it locked up capital and required the expanding of storage facilities. But these climatic and technological changes saw winemaking in the region change and traditional techniques for producing wines built to age were becoming almost a lost art. Potinet Ampeau felt these techniques were something worth preserving.

Vincent knew the quality of the aged wines in their cellar and was determined to maintain this tradition. In hindsight this seems quite fortuitous, as the last 20 years in Burgundy have been rocked by the outbreak of the unknown causes of premature oxidation in many top white wines in the region. Today, the incredible ageing potential of Potinet Ampeau’s wines showcases just how well made these wines are. Amongst all the uncertainty over white Burgundies' ability to age, Potinet Ampeau’s reputation is further cemented as a true specialist in Vin de Garde.

In total the domaine is made up of 10 hectares producing 18 separate cuvees roughly split 50% white wine, 50% red wine. All the wine produced at Potinet Ampeau comes entirely from the domaine’s own vineyards.

The Art of Élevage – The White Wines

So what makes the wines of Potinet Ampeau so robust and long lived? According to Vincent, the use of a mechanical press is very important, rather than the more modern membrane press. The mechanical press he uses was built in the early '90s and is now no longer in production. Vincent in fact owns five mechanical presses keeping four just for spare parts! According to Vincent whilst the more modern presses provide very clean, sanitised fruit he believes that after two to three years you start to get oxidation in the wine. He is not the only vigneron who swears by using a mechanical press – his close friend at Coche Dury has the same opinion. A group of vignerons today are dedicated to making stainless steel parts for these old discontinued mechanical presses just so they can keep using them.

Following pressing, the wines are 100% barrel fermented with no racking for a long 22 months. Absolutely no pumping of the juice is allowed and everything is gravity fed. No enzyme additions and the use of only natural yeasts provides for a long complex fermentation taking place over the first winter in barrel with malolactic fermentation starting typically in the following spring, although in vintages like 1997 and 2004 the malos didn’t start until 14 months after picking! The wine goes through a natural cold stabilisation in the second winter. The barrels used range from 1 to 12 years old with just 10% of new oak used for each cuvee. 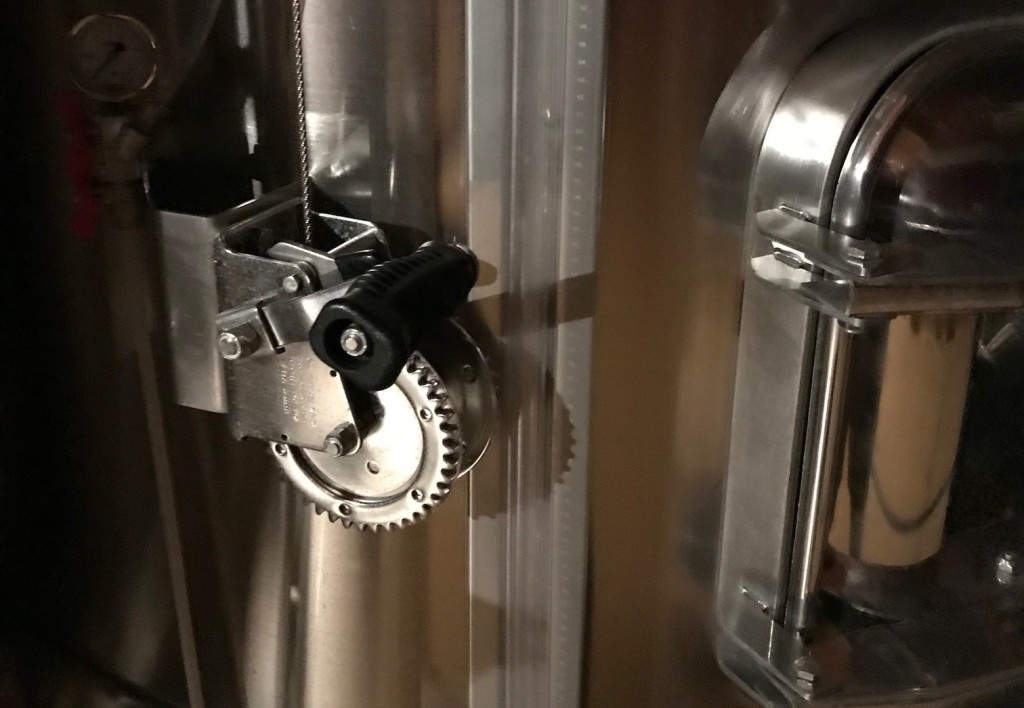 The Art of Élevage – Red Wine

Traditional methods are still employed with the red wine production. The fruit is 100% destemmed, vinified in concrete tanks between 12 – 30 degrees, never above 30 degrees. Long maceration on skins – 37 days with daily punching down / pumping over of the skins. Wine is then aged 18 months in barrel.

Walking around the winery gives you a real insight into Vincent’s philosophy. Not only is it immaculate and human sized, it is entirely mechanical. Vincent did not want to rely on any electrical power in the winery insisting that every operation can work as well using mechanical pulleys. He worked with a stainless steel tank producer custom building tanks according to his strict mechanical specifications. Initially the designer walked away, stating the project too complicated. Now the final design is offered to others in his catalogue after understanding the reliability of purely mechanical construction. They are incredible pieces of machinery and really highlights Vincent’s dedication to traditional winemaking practices.

Whilst all the wines are fantastic in the line-up we tasted, I was most taken by the white wines. Maybe this is because tasting aged white wines in such good condition is more of a rarity than reds which by their nature are better equipped to age (tannins act as antioxidants). What stands out in all the white wines this fabulous textural silk-like quality contrasted with a natural weight in the palate from age, whilst retaining pristine primary fruit notes. They really are special.

Very expressive aromatic complexity with pink grapefruit, mandarin fruit tones, beautifully melded with smoky, toasty notes. Texture, texture, texture, this wine is so juicy, but beautifully taut too. The mid palate is perfectly pitched with a rounded creaminess and underlying power that builds on the finish ending with a mouth-watering salinity.

There is real vivacity to this Monthelie Blanc with wonderful uplifting white flower aromatics and fine honey notes. The real quality of this wine comes from its fine texture that is both silky and taut. A lovely mid-palate weight adds fleshy roundness. The acids and fruit so integrated and balanced, producing a wine that is both vibrant but with no edges.

Incredibly complex tertiary aromas of white truffle, menthol, white chocolate, caramelised orange, autumn leaves and candy floss! The age has brought a beautiful oily, viscous nature to the wine whilst the acid cuts through keeping the palate exceptionally fresh. Again, fantastic texture to the wine and a grounding minerality.

The nose is exceptionally clean considering the age with dried blackberry fruit aromas allied with light cep and black pepper notes. Fresh on entry with long integrated fine tannin chains with a velvet-like texture. There is a very even, steady structural build on the palate juicy and broad with a  super fresh saline minerality on the finish.

Dried cherry, cured meat, tertiary aromas with some brooding darker spice notes. The wine is tannic and gourmand in style with a complex array of flavours on a broad spectrum from herbs to spice to dried fruit (dried peel, raisin, Christmas cake) and more earthy mineral notes.

The 2010’s continue to taste incredibly youthful and fresh, yet this Monthelie has begun to take on some tertiary notes that add real complexity to the fresh blackberry fruit. Broad spectrum of flavours here from liquorice to dried black cherry to sage leaf and undergrowth, all beautifully integrated and balanced on the palate.

Look out for the latest releases due out in the next few weeks.