EditorialpeopleThe Spanish Renaissance - A Rediscovery of its Roots

This week we explore the renaissance taking place in Spain’s vineyards, as well as the struggles of its winemaking past. While there have been a handful of iconic and historic producers in Spain dating back to the nineteenth century, their continuity largely relied on their aristocratic connections, whilst the rest of the country wrestled with survival.

We speak to one of the world’s leading wine critics, a specialist in Spanish wine, Luis Gutierrez - on the cultural history of wine in Spain, the reasons behind today’s renaissance and why it has taken so long to arrive. 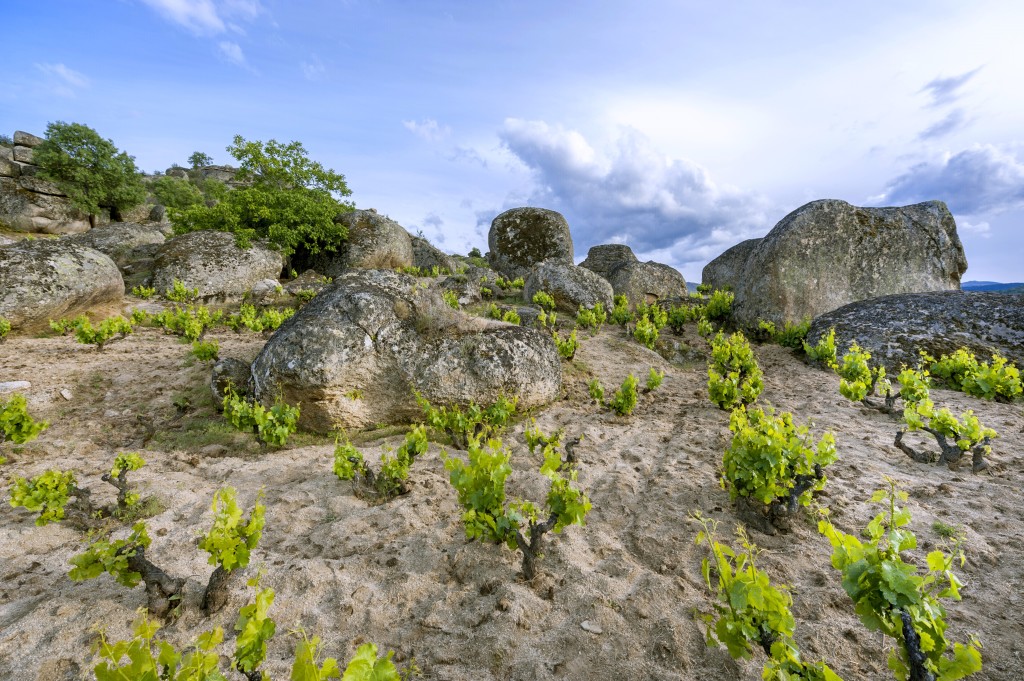 Vineyards of Commando G in the Gredos Mountains. Photo courtesy of @Estanis Nunex taken for the book: The New Vignerons / Los Nuevos Vinadores

“Spain didn’t know what we had or that we were able to make world-class wines…we are still not sure what we have, what we can do. It is a super exciting time. Just 15 years ago Spanish wine collectors just bought French and Italian wine, now today we have a real variety of fine wines coming from all over Spain.”

But Spain’s history has been a little less than smooth. Whilst Spain might have the highest quantity of vines planted in the world it has one of the lowest consumption rates in Europe. This disconnect with its own produce is one of the reasons behind Spain’s slow uptake in a more qualitative approach to winemaking.

Wine as Nourishment: Days of Hardship

Luis recalls his grandfather used to drink wine for nourishment. Following the struggles of civil war and dictatorship, most of the country lived under extreme hardship. A lack of fresh drinkable water meant wine would often be mixed with water. Wine offered the cheapest means to nutrient intake. At this time there was also a huge disconnect with the wineries and grape growers in Spain. The wineries in Spain were operating at an industrial scale, producing masses of cheap wine. There was almost no relationship between growers and producers and no concept of quality, when quantity was the benchmark of economic viability. During this time, even these cooperative wineries struggled to survive.

The vignerons' relationships with herbicides is a good example of just how much things have changed in viticulture, not just in Spain but the whole of Europe, over the last century. During this difficult period, herbicides were the only viable way to produce wines under such economic hardship, and an educated workforce in the vineyard was a luxury most could not afford. It was thanks to herbicides that the wine industry effectively survived through this period, despite its negative long-term consequences, acting as a poison to the soil. Luis contrasts this with today’s richer Spain where a qualitative approach has taken hold with a more long-term sustainable future in which herbicides are no longer necessary nor appreciated.

The Survival of the Iconic Wineries of Spain

Despite the difficulties of the times, there were historic / iconic qualitative producers that existed throughout this period, iconic wineries of Vega Sicilia, Marques de Murrieta and Marques de Riscal for example. But according to Luis most of these survived simply because the wine production was not their main source of income. These historic estates survived on incomes from elsewhere as landowners and property developers. Luis identifies how the 1925 Ygay Rioja was not bottled until 1964 and not released on to the market until 1973, stating this is not the sort of business plan that could could sustain a business without other income!

Spain reaches out to Europe in search for identity

But when democracy arrived in Spain and the country became less isolated and wealthier, history of circumstance again stifled Spain’s wine industry. For many producers who looked to Europe for inspiration chose to copy rather than invest in its own indigenous grapes varieties and traditional wines. Instead in regions like Navarra all the indigenous old vines were uprooted and French varieties of Cabernet Sauvignon, Merlot and Syrah were planted.

For those producers who took the qualitative approach Luis recalls how they took all the excesses of modern winemaking fashionable in the 1990s and threw them all at their wines with little reflection on the consequences. Picking grapes super ripe, over extracting them, ageing them in 200% new oak. Whilst these wines hit the headlines in some respect, for Luis, it did little to recapture the essence or identity of Spanish wine. 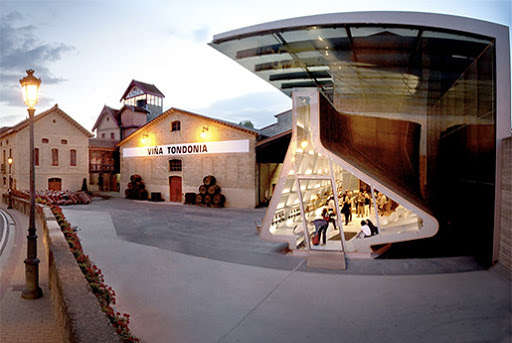 Luis states how some of the wines that are most praised today in Spain were unsaleable during this time. For instance Lopez de Heredia, one of the most traditional producers in Rioja, who never swayed under the pressure of fashion during this period and who continued to only ever release their Gran Reserva 20 years after harvest. However, during the mid 90s, these wines were so out of fashion amongst Spanish wine drinkers and collectors they could barely sell a single bottle. Due to the economic restraint that this put on the winery they were forced to stop producing their flagship Gran Reserva from the mid nineties. So today we have one of Spain’s now most celebrated and respected wineries unable to release their top cuvee, since they were not able to make the wine 20 years ago. Their last release of the Gran Reserva Red was the 1995 vintage, released in 2015. Their next release will be their 2001, due for release in 2021.

Luis recalls a similar story with Vega Sicilia. Their much praised 1970 vintage remained unbottled at the winery for years, simply because there were no orders for it. Therefore, these wines became known for their super long élevage often remaining in barrel and tank for years due to lack of interest rather than for qualitative reasons!

The Global Success of Rioja

Rioja is an interesting anomaly in Spain’s fortunes as a region heavily influenced, first-hand, by Bordeaux. Following the outbreak of phylloxera in Bordeaux many Bordelais travelled south to Rioja to reestablish their wine businesses. They introduced the use of small oak barriques to mature the wine. Traditionally, Luis recounts, Rioja was made using carbonic maceration and no oak. The use of American oak became adopted, more likely due to its lower cost. This positive influence from France saw Rioja become a hugely successful brand in itself and an export success for Spain’s struggling wine industry.

However, fast forward 100 years and now the “Rioja” brand is in some ways its biggest issue. This, Luis states, is a broader debate over how the DO classification system in Spain has become outdated. What was good for the region when it was initially created in 1926, is not good for it now. Back then Spain was poor and isolated. In order to create a wine for export it had to create an overall brand – Rioja. “Everyone was on the same train” and “it was a way to open up markets”. But today the language of wine has changed. A similar issue has happened with Cava too. Luis states that wine from Rioja and Cava is not all the same and if there is wine of poor quality associated with that name then it can become a liability to a producer who is more focused on a qualitative approach. Not all the wines are great under a DO, not all vineyards are the same quality. The DO now needs more differentiation. Luis looks to the Burgundy model as a guide. Here there is differentiation, something a collector can grasp and decipher. 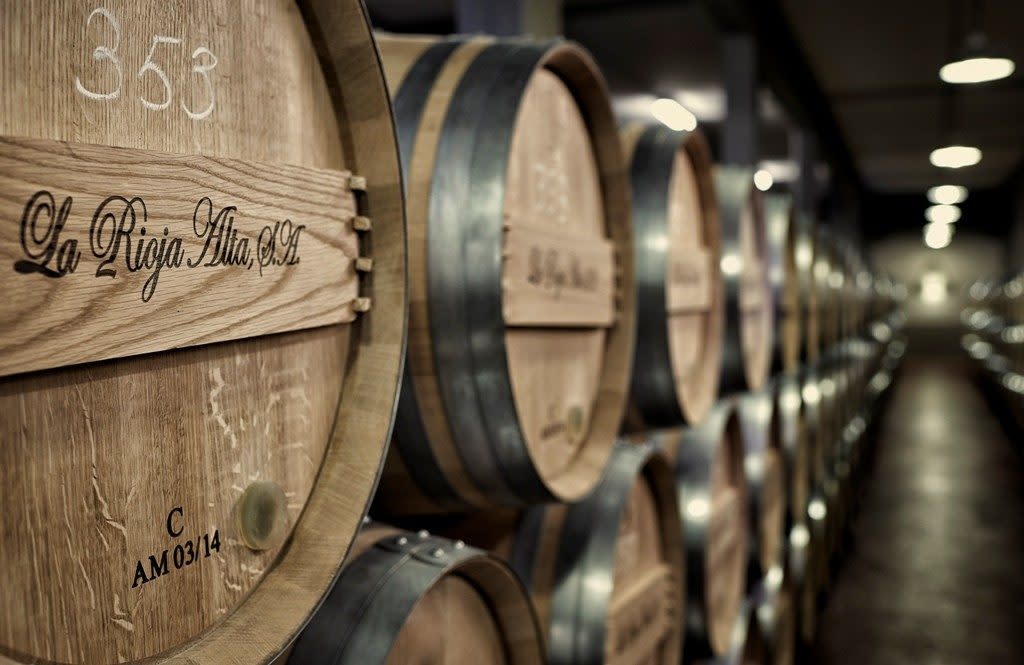 But it is not just “terroir” but also better winemaking. We discuss the comments made by Robert Parker who attacked producers for using the phrase “terroir” to hide what was effectively bad winemaking. Now there is so much more communication between winegrowers, thanks first to the country being less isolated, but perhaps more importantly the world of information opening up thanks to the internet.

Luis remembers winemakers he met in Spain that didn’t even know what malolactic fermentation was. They were just not educated on modern winemaking concepts and techniques. Today this is not the case and terroir has started to mean something more tangible than merely a distraction attributed to bad winemaking. Luis states “wine is so complex. We know so little about it but we have never been so connected and that has helped enormously in bringing confidence to winemakers in Spain, bringing courage for them to rediscover their own indigenous varieties and trust in their unique terroirs.” 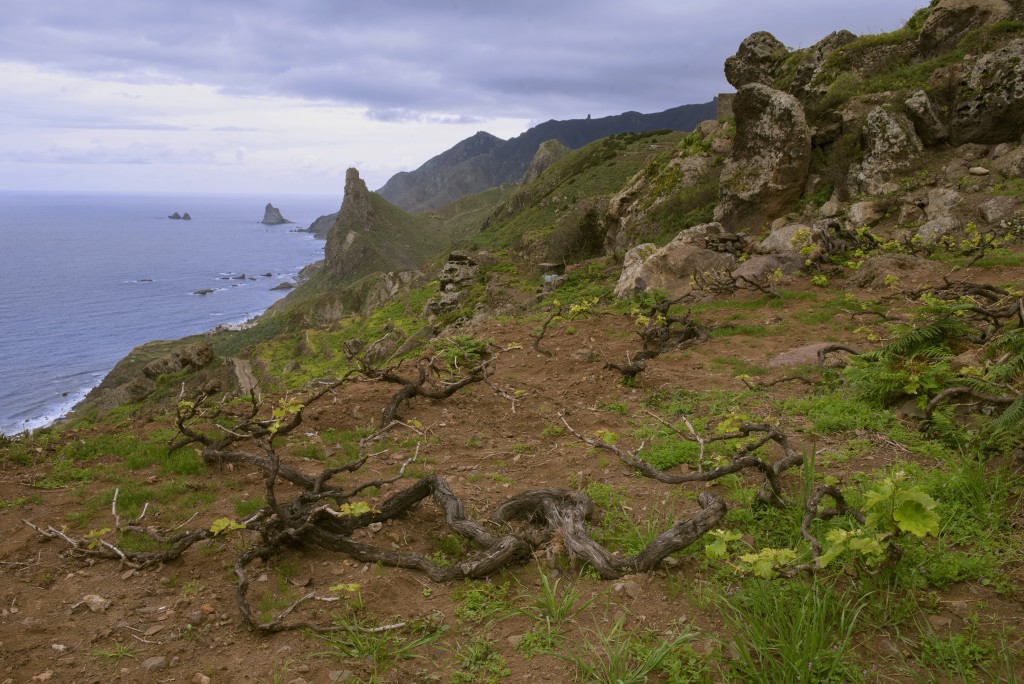 Untrellised vines on the island of Tenerife. Photo courtesy of @Estanis Nunex taken for the book: The New Vignerons / Los Nuevos Vinadores

Spain in the last few years has become tremendously exciting as a fine wine region with great variety, seemingly from every corner of the country, rich with a sense of identity, authenticity and uniqueness. Asked what the catalyst was for this Luis believes it has been a gradual change over the last 25 years following Spain coming out of its political isolation. We are a result of our history. “It created an inferiority complex that has been part of our DNA, especially the last 80 years, when Spain was an isolated country after a civil war. It took a long time to believe in ourselves. There was a tendency to think that the stuff around us was better than our own. Now we have a new generation of producers who have a belief that their indigenous varieties and their terroirs can produce wines as fine as anywhere else in the world." This Luis states has also been helped by consumers also becoming more adventurous and open to discovering new regions, new styles. This quality revolution as “a phenomenon that has really accelerated in the last ten, and perhaps perceived globally in the last two.” Be in no doubt the top wines of Spain being produced today stand head to head with other fine wine regions around the world and deserve a place in everyone’s collection. 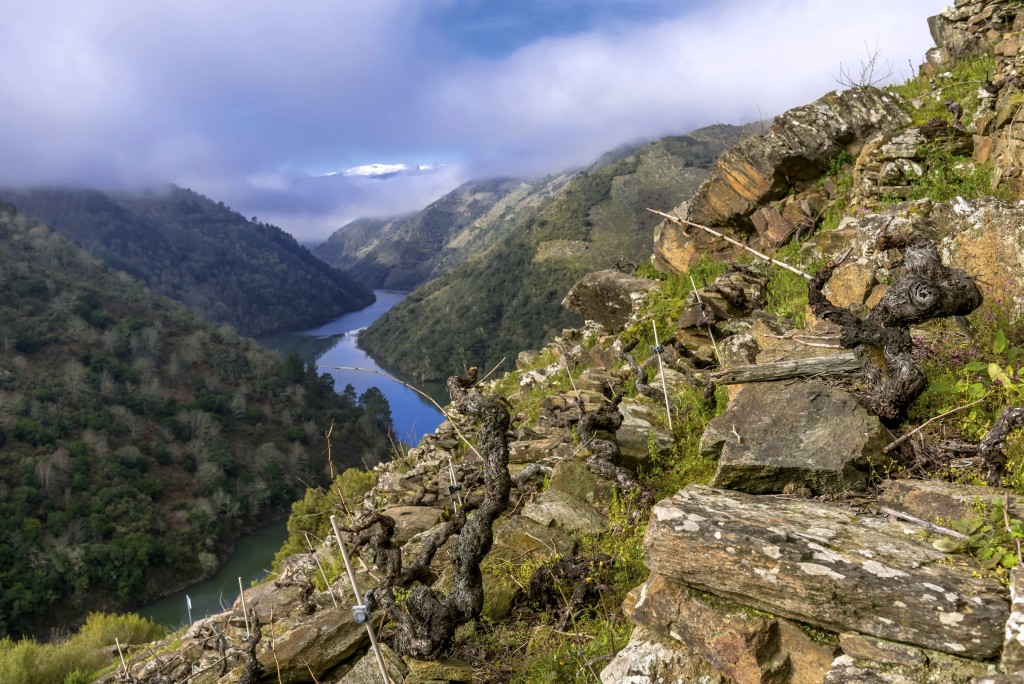 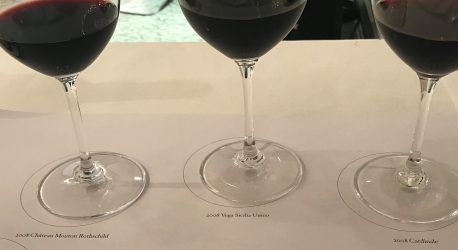