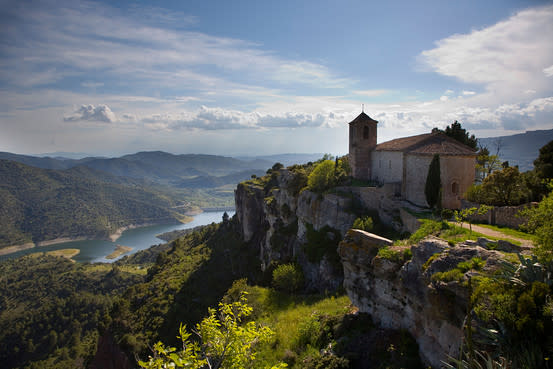 From a backwater in southern Catalonia, Priorat took its rightful place on the world wine map in the early 90s. Its meteoric rise to fame was propelled by low yielding, old Carineña and Garnacha vines clinging precipitously to ancient slate slopes. The best producers including Mas Doix, Alvaro Palacios and Rene Barbier were making wines that were turbo-charged: rich, ripe and powerful yet zinging with vibrant acidity.

But its rapid ascent to fame created growing pains: the region has struggled to define what makes Priorat Priorat while overzealous winemaking and the inclusion of international varieties has led to a regional identity crisis.

We talk to Mais Doix’s founder Valenti Llagostera on Priorat’s identity crisis, the more terroir-specific focus of a new generation of Spanish winemakers and the soon to be released 2016 vintage, one of the best vintages Priorat has seen in this modern era.

The timing of Priorat's emergence as a fine wine producer could be the source of some of its nascent troubles: its renaissance coincided with the heyday of Robert Parker and a global demand for reds with masses of new oak, super-ripe grapes and intense extraction to maximise colour and tannin. It wasn't just the winemaking trends of the nineties that saw Priorat become the most intense, powerful and overbearing wine in Spain. Valenti Llagostera, founder of Mas Doix explains that it had long been a supplier of bulk wine and a blending partner to bolster weaker wines from cooler climates adding concentration, power and alcohol.

Lacking a tradition of fine wine making, the idea of what a Priorat wine should be was fluid. Consequently, it became a region producing many different styles, leaving the wine drinker confused. Llagostera adds that the region had a real inferiority complex with many growers believing if the wine wasn’t big, powerful and as intense as possible, it wasn’t Priorat. This mentality also led to the incursion of international varieties: Cabernet Sauvignon, Merlot and Syrah were planted, in a bid to emulate the success of Bordeaux and the Rhône. 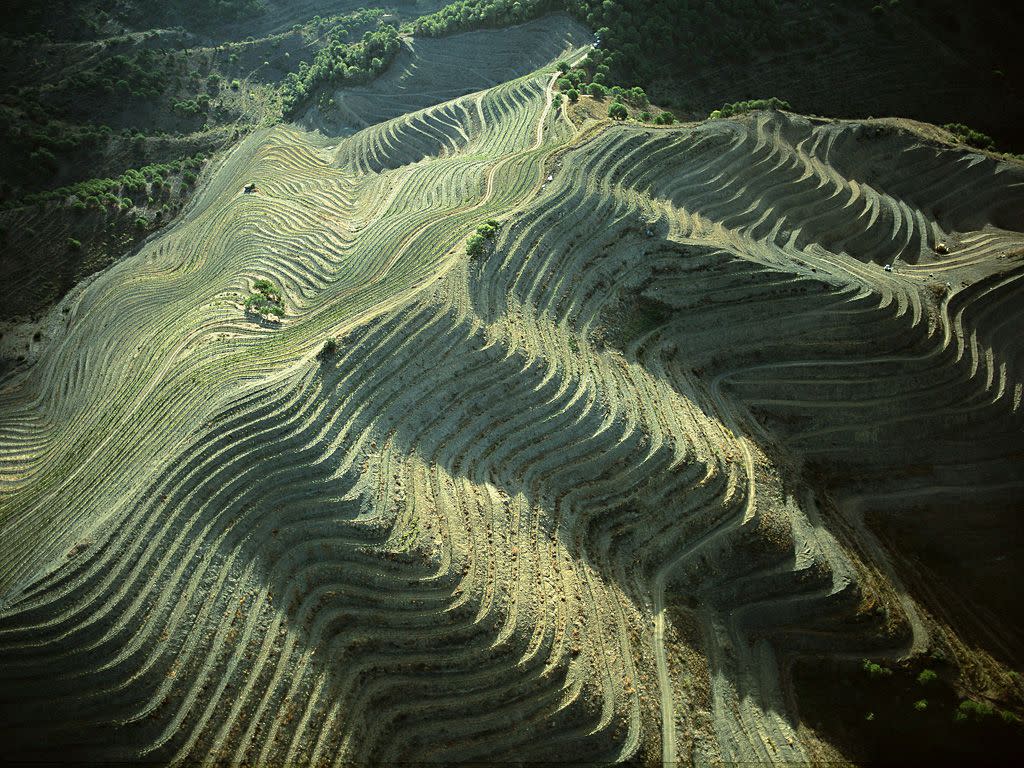 From the Industrial to Artisan

Industrial-like estates, predominantly based in Rioja, have not been interested in reflecting a specific place but rather more focused on producing a homogenised house style with grapes sourced from as far as 300km away going into the same wine.  This approach is therefore completely at odds with a more terroir-specific approach. It is common for older vines to be uprooted to maintain high production levels and wines undergo lengthy periods in oak barrels to create greater homogenity. "Spanish wines made in this way are more about a process than a place," according to Luiz Gutierrez, The Wine Advocate's critic for Spain.

Of course this homogenised style proves incredibly popular: Rioja remains one of the most successful wine exporters thanks to its reliability and high volumes offering value for money. However, wine lovers have become increasingly discerning; there is more demand for wines with a sense of place whether they hail from a plot of old vines or from an indigenous variety.

Priorat’s move towards a fresher more elegant style is part of a wider movement in Spain that has been described as a revolution by a younger generation of vignerons who have actively rejected the larger estates homogenised approach to winemaking.

Producers are focused on producing unique wines with a strong sense of place, whether it be the saline-rich, volcanic soils of Tenerife to the high altitude mountain vine Garnacha from the Gredos Mountains, or the incredibly vibrant taught perfumed wines of Ribera Sacra .

The intensely concentrated yet minerally wines of Priorat should fit into this more terroir-driven movement. The unique slate soil, Priorat's mountainous landscape and old vines meant that it was not possible for the region to become a Rioja lookalike. The trend toward fresher, more mineral wines aligned with a move back towards the indigenous varietals of Carieñena and Garnacha has allowed the region to experience a second coming. Could Priorat be on the verge of discovering its true self? 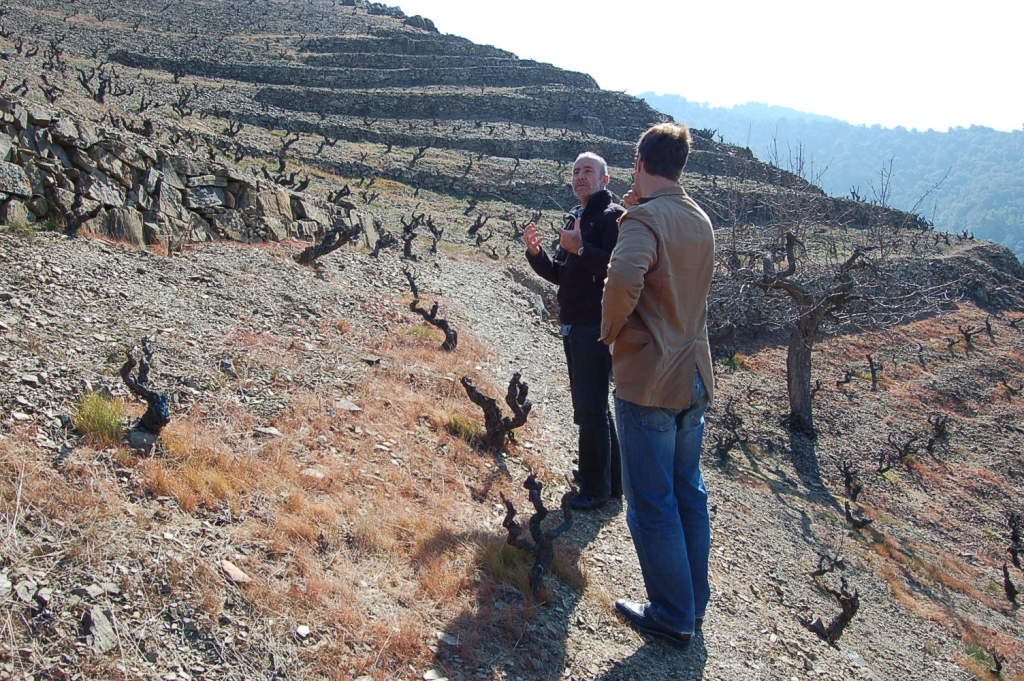 Llagostera feels there is plenty of room for experimentation in search of the true identity of Priorat. The team at Mas Doix is carrying out many trials including ageing wines in amphora, maturing Garnacha in larger barrels to avoid oxidation and fermenting in wooden vats to achieve greater textural sophistication.

There are also more radical approaches: German native Dominik Huber of Terroir-Al-Limit doesn't destem his reds instead practicing whole bunch fermentation, leading to an intensely fresh style. Huber believes it required a generational change before Priorat could find its new identity. Despite the varied stylistic interpretations, the goal is to better understand Priorat's voice not disguise its raw beauty.

This is one of the best vintages in Priorat - up there with 2013 and 2010, according to Llagostera. The stable weather throughout the harvest meant that nature did not force their hand to pick. As a result, it was the longest harvest for Mas Doix. The wines offer a perfect combination of fruit, freshness and tension. Showing beautifully in its youth, it has the componentry to mature gracefully over the long term.

Deep purple colour with wonderfully ripe black fruit aromas that don’t offer a hint of sumarité, this has astonishing pristine fruit character, allied with a dry stone minerality. On the palate the fruit is very much on the fresh spectrum- fresh blackberry fruit, violets, licorice and vanilla bean. A tensile freshness gives the wine real focus and direction and beautifully contrasts with the ripe fruit. This is dense, juicy and glossy with silk-like tannins that are deceptively structured and provide incredible breadth on the palate.

Bright ruby red colour with slightly muted but clean aromas of dry spice and subtle herbal notes. On the palate it bursts with fruit, tons of fresh red cherry, strawberry and redcurrant flavours with fantastic delineation. The tannins are dense but fine and very elegant. There is tremendous precision, lovely tautness and mouthwatering freshness, which is quite incredible for 100% Garnacha. The minerality shines through providing wonderful tension on the finish.

Tasting the 1902 you understand the domination of the Carinena in the Doix cuvee. The structure, direction and energy it provides on the palate is incredible. The 1902 shares a similar profile turned up to another level, whilst remaining beautifully tensile, delineated and focused. The fruit profile is broad from primary concentrated blackberry, raspberry fruits, to cured meats and floral violet notes to more scorcheed earth savoury minerality. The depth is outstanding, complimented by lift, energy and intensity. This is exceptional! 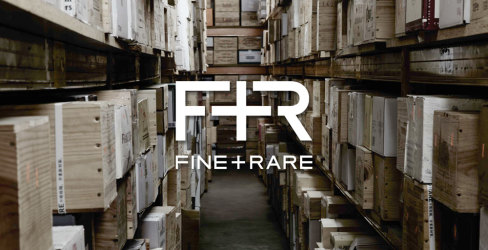