Gaja’s wines from Barbaresco are undoubtedly some of the finest wines in the world, but their single vineyard wines from their Brunello di Montalcino estate – Pieve Santa Restituta - whilst a lot less well known, deserve equal attention, particularly with the release of their 2015s due out next week.

It was a big decision for this Piedmont producer to invest in another region of Italy but Montalcino to Gaja seemed the logical choice. On our visit to the property last summer, Angelo Gaja explained to us the obvious parallels between Barolo/Barbaresco and Montalcino - both regions of prestige for fine wine, both made from indigenous varieties and from single varietals that undergo extensive élevage. These were enough for him to pursue a search for the right plot in Montalcino.

Now after 20 vintages at the property and blessed with the fantastic climate conditions of 2015 – Gaja have produced arguably some of the finest Brunellos of the vintage. 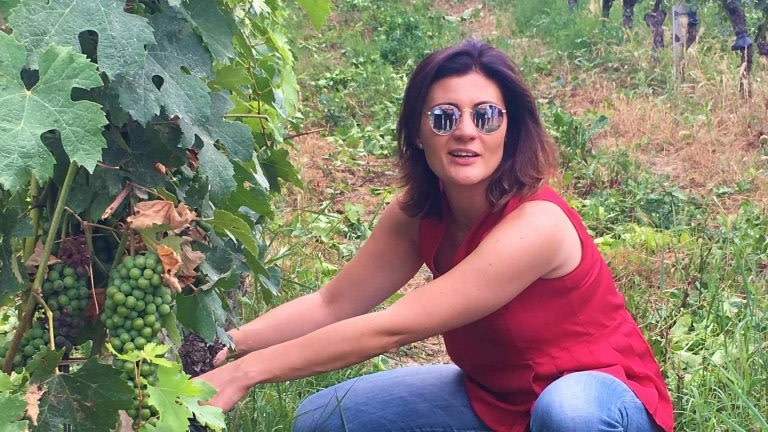 Gaia Gaja in the vineyards of Pieve Santa Restituta

The History of the Estate

The Pieve Santa Restituta estate in the Tavernelle region of Montalcino has an amazing history, named after its church situated in the middle of the estate, it is one of the four remaining churches still standing in Italy whose foundations date back to 400AD. Of more contemporary relevance, the vineyards themselves neighbour Soldera’s Case Basse estate so there is no question the terroir here is of exceptional quality. For Gaja, the vineyards are in a particularly privileged position, facing south and south-west with an altitude ranging from 320 to 350 metres and characterised by an extremely windy, dry and bright microclimate. The windy site protects the vineyard from damp, alleviating disease pressure, whilst the altitude slows down the ripening allowing the grapes to gain flavour complexity with a long slow ripening process and retaining freshness.

They produce just three wines from this estate and perhaps more interestingly no Rosso Di Montalcino and no Brunello Di Montalcino Riserva. The three wines are a straight Brunello Di Montalcino (first produced in 2005) and two separate single vineyard cuvees: Rennina and Sugarille. The Rennina is more accurately from three vineyard sites in the same vicinity with similar terroir, first vintage produced by Gaja in 1994. Rennina is characterized as a more masculine, tannic, earthy, structured Brunello with riper, preserved fruit character. The Sugarille, first produced by Gaja in 1995, is a single vineyard site that is more delicate with heightened floral complexity and more approachable tannins but great ageing potential. 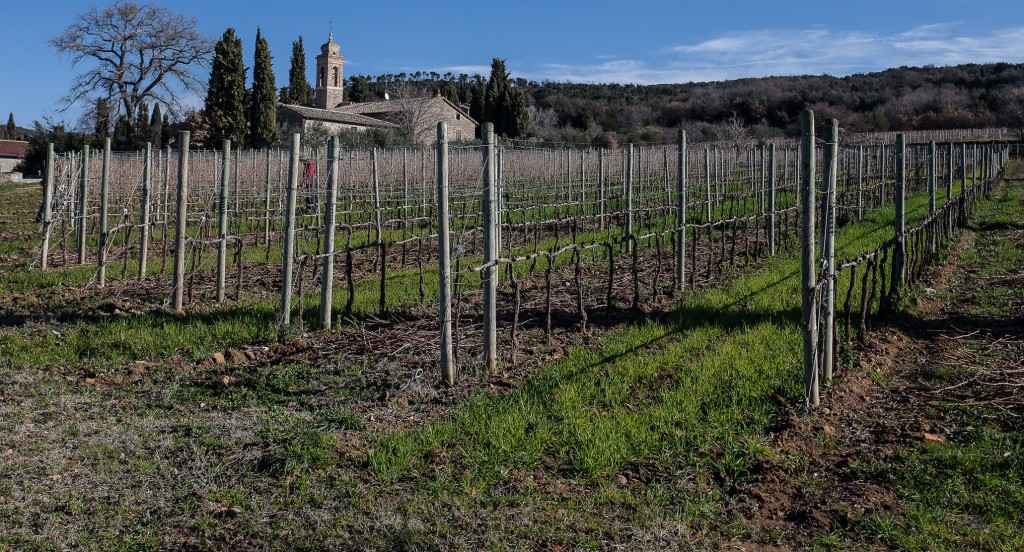 They don’t produce a Rosso believing that a Rosso would be the acceptance of producing a second rate wine, not something that fits with the Gaja philosophy. Instead any second rate fruit they sell off in bulk. In a poor vintage they don’t produce their single vineyard wines at all. In 2014, 2012 and 2009 no Sugarille or Rennina were produced. They also never produce a Riserva because Angelo Gaja’s winemaking philosophy has always been to reduce rather than extend the ageing of the wine in barrel. Ageing to Riserva levels he believes means the wines lose their freshness and clarity. Coupled with warmer temperatures in the vineyard over the last twenty years due to the effects of global warming has only further cemented this belief. Gaia Gaja (daughter of Angelo) also states the higher temperatures produce riper fruit and more alcohol which when aged extensively in oak, leads to more of the wood tannins infiltrating into the wine. For Gaja over extending the oak ageing of the wine is the reason why they don’t produce a Brunello Riserva (typically aged an additional year in barrel). The property is very much focused on their single vineyard sites of Rennina and Sugarille and each represent their top cuvees in the property. 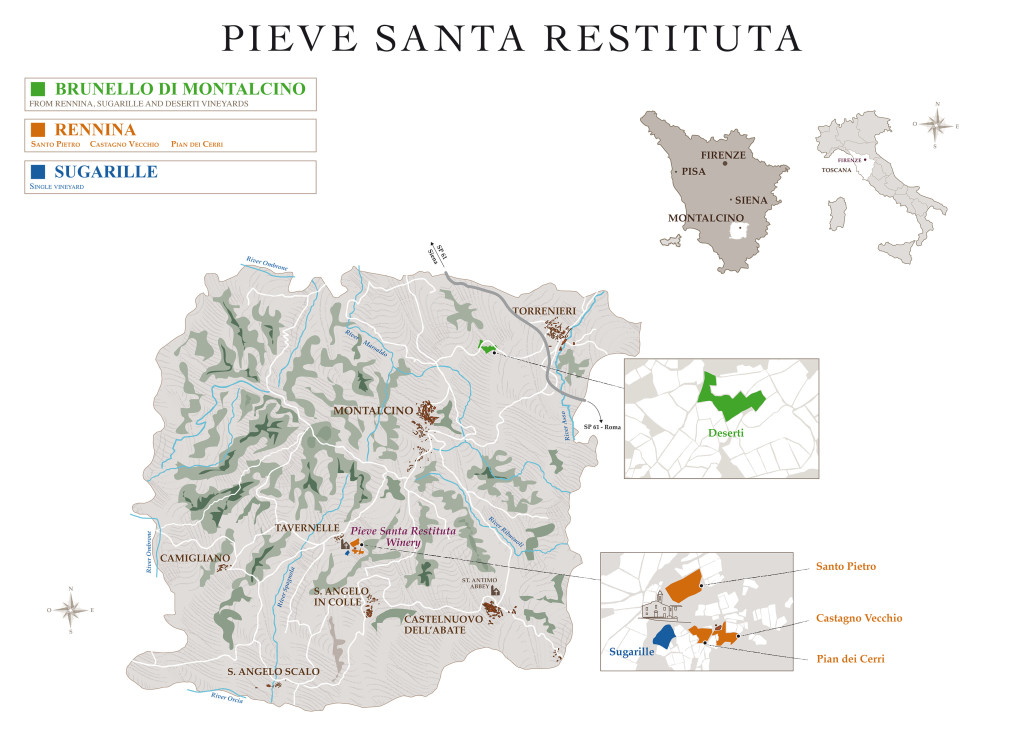 Critics and winemakers alike have put the 2015 vintage on a par with the great 2010, sharing similar levels of opulence and voluptuousness on the palate.

The 2015 vintage has produced some incredibly juicy yet vibrant wines. Wines with amazing voluptuousness backed with great acidity, fatness and freshness. This style, like 2010 is a real crowd-pleaser, but with trends in the region backing away from over ripeness and high level extraction, the 2015s are arguably more elegant, with much more tension and finer tannins than the monolithic 2010s.

Having extensively tasted the 2015s from Montalcino, the wines have a staggering richness, fleshiness, almost a creaminess that is rare to find in pure Sangiovese. At the same time the fruit does not feel at all over-ripe, still retaining fresh fruit clarity alongside tannins that are fully resolved, yet providing a piquant bite and structure to the wines. These characteristics come through in spades with the single vineyard wines of Gaja’s Pieve Santa Restituta. 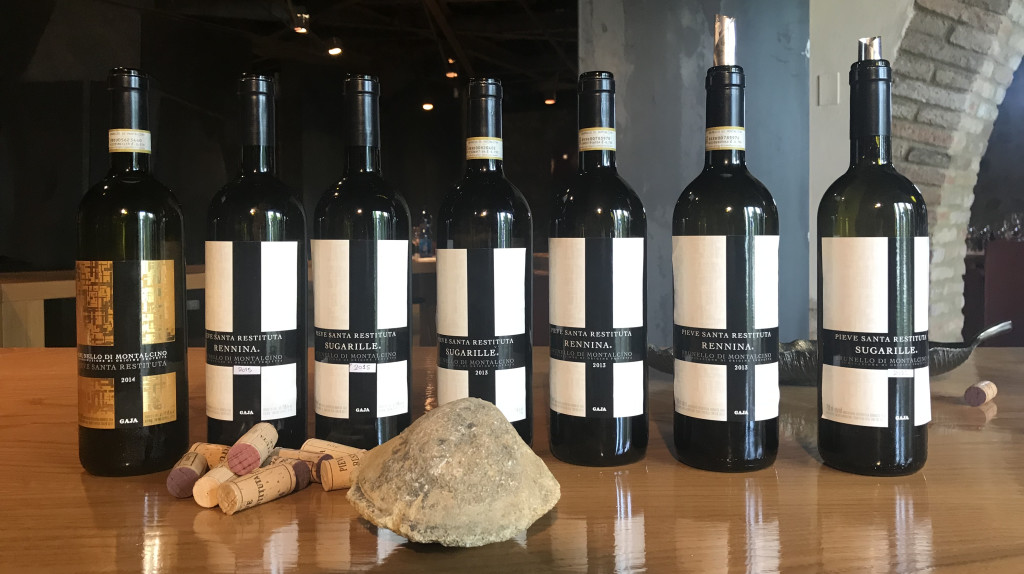 Getting to taste their 2015 single vineyard cuvee alongside the same single vineyard 2013s was a great insight into the two very different personalities of the two wines. I can’t help be drawn to the Sugarille with its seductive complex florality, it’s beautifully delineated fruit and seductive tannins. Whilst the 2013s are more “classic” with a wonderful mouth-watering acidity, elegant body and overriding finesse, the 2015s Sugarille is exceptional, it has added energy, contained power and an abundance of complex aromas (aniseed, dark chocolate, contrasting earthy hedgerow and floral lift). The Sugarille is totally defined by very fine tannin and is incredibly elegant for a Brunello.

Whilst the Sugarille may be more immediate, the Rennina has a brooding quality and power with more spice and structure that is equally impressive if a little more backward and austere. It certainly needs more time to further integrate but the slickness and fired/ scorched earth quality and sinewy textural qualities is equally beguiling. You can’t help but compare it with its Soldera neighbour and wonder if with further time in bottle it will be a worthy comparison. It is certainly brilliantly made, texturally sound and will age beautifully.

They are some of the best examples from the vintage, both with distinct contrasting personalities. These 2015s are due to be released next week and are not to be missed. The combination of the winemaking prowess of the Gaja family, allied with a superb vintage in Brunello di Montalcino makes for some extraordinary wines. 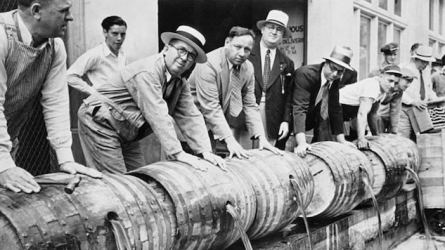