Fine wine demands the perfect glass to provide the ultimate sensory experience but the resting place of the final pour has long been neglected. But it’s all change.

FINE+RARE talks to Europe’s leading glass makers from the 250-year old Austrian family-run firm Riedel to the young dynamo behind Grassl, which launched in 2018. We also speak to Master of Wine Jancis Robinson on her recent collaboration with British designer and master craftsmen Richard Brendon, who explains that traditional glass types have long been in desperate need of modernisation. 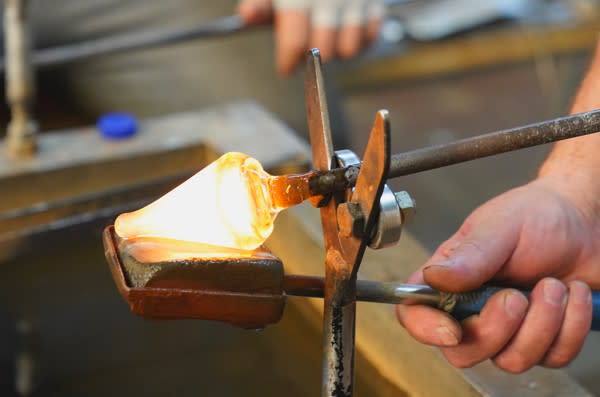 Legend has it that Marie Antoinette’s breasts provided the outline for the creation of the coupe, the shallow-bowled champagne glass that graced the lips of Hollywood’s starlets during the Golden Age, and enjoyed regular appearances in episodes of Mad Men. When it comes to wine glasses, aesthetics has historically taken precedence but functionality has risen to the top of the priority list.

Wine has long-suffered an injustice at its final destination whether it’s champagne, sherry or claret. Designer Richard Brendon recalls his first meeting with Master of Wine, Jancis Robinson. “She said she’d never understood why white wine was put in a smaller glass than red wine and described this as discrimination. Champagne producers hate flutes because they don’t allow for any of the aromatics to get out of the wine, likewise Sherry and Port producers don’t like the small glasses that their wine traditionally gets put in.”

There are a growing number of glass companies aiming to redress the balance. And, in the same way as every winemaker in Burgundy has his or her own particular way to produce the perfect Pinot Noir, every glassmaker has a view to crafting the most suitable vessel in which to pour it. Austrian-based Riedel has gone down the route of a glass particular to a variety from Chardonnay to Zinfandel while Brendon has followed Robinson’s one-size-fits-all advice.  “Jancis was entirely confident that we could create one glass that worked perfectly for every style of wine,” says Brendon” but we also needed two decanters to ensure we have a collection that works for every wine.”

With 40 years’ experience tasting wine, Robinson set out the specific parameters for her ideal glass. “The widest part of the glass should be exactly 125ml or one-sixth of a bottle. This would mean when a standard pour is served, the wine will have maximum surface area, allowing for all of the aroma to get out of the wine,” he says.  “Jancis wanted a nice tall bowl to allow for the wine to be swirled in the glass to get more of the aromas out of the wine, and that the opening of the glass should be as small as possible to trap the aromas of the wine, but still big enough for even the largest of noses! The thickness of the rim was of upmost importance, she wanted it to be gossamer-thin so that you hardly notice the glass when taking a sip. “ 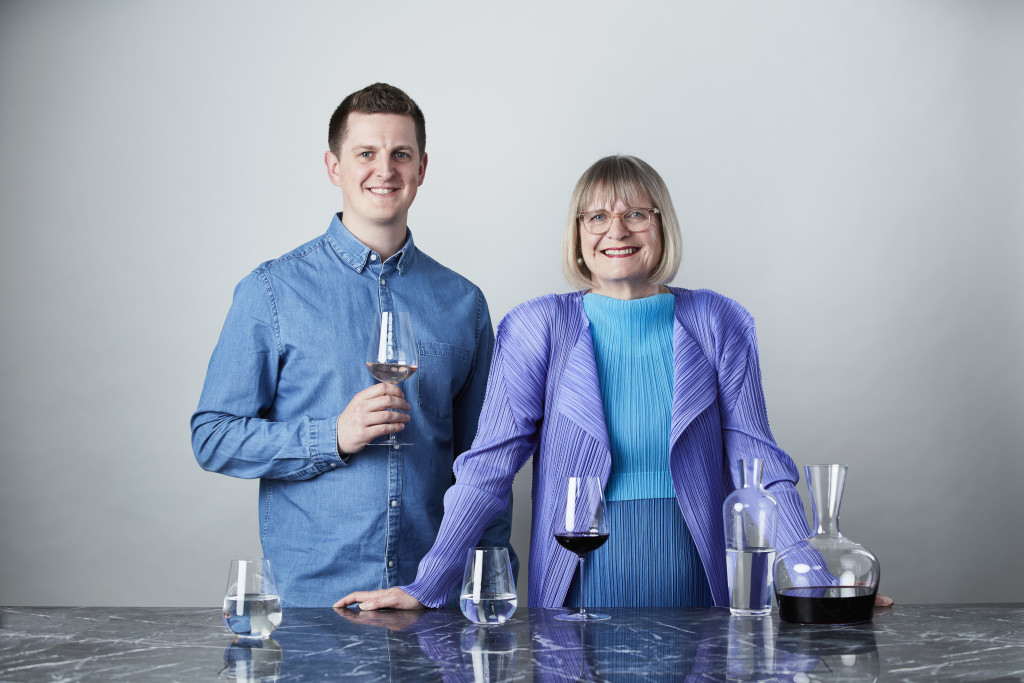 Gossamer-thin is an apt descriptor for Zalto’s glassware, particularly the elegant, fine stems that induce a certain nervousness in the holder. It’s a far cry from the heavy cut-crystal glasses that adorned the dining tables of previous generations. Daniel Primack of Zalto’s UK importer WineRackd admits such delicacy can be a concern initially but “with perfect balance in the hand and such fine construction, you may worry that you’re going to break them just by drinking from them but fear not,” he says. “They are mouth blown and cooled very slowly making them incomparably tough for something so fine. Zalto’s own recipe of the three main ingredients for creating crystal, silica, soda (sodium carbonate) or potash (potassium carbonate) and lime (calcium oxide) also contribute to the clarity and durability. They are blown differently to other Austrian glasses, with the bowl and stem formed as one piece, then the foot attached. A more usual arrangement is for the stem to be glued to the bowl. Remember the attachment point is a weak point”

Staying in Austria, Riedel is perhaps the country’s most famous glassmaker in the wine-world, producing an impressive 60 million glasses annually at its three factories. The 250-year old company now uses machines to make 95% of its glasses. The company’s UK managing director Stephen McGraw says “we can produce machine-made glasses which are almost indistinguishable from handmade glasses. However handmade glasses are still very important to us, as we preserve a skill which is still recognisable to the techniques used in Roman times. In terms of machine made versus handmade? The glasses will all perform equally well, from a sensory point of view.” He adds that its unusually shaped decanters are a different matter: master glassmakers, who tend to have around 15 years’ experience to be at the top of their game, can only make these intricate objects.

A much-more recent addition to the glass scene is Swiss brand Grassl, which launched in 2018.  Founder and wine collector Alexander Mackh, who is just 26 years old, explains its conception. “I launched Grassl Glass because I didn’t enjoy the proportions of the glassware on the market. Finer, deeper, less-extracted, less-oaked wine [styles] require different glassware, so I decided to create my own.” Prototypes in hand, Mackh tested the glasses on some of Burgundy's top winemakers as well as heading to the finest names in Bordeaux including Châteaux Ausone and Palmer. Tweaks were made accordingly and now the Slovakian-blown artisanal glasses can be found as far afield as South Korea and Australia. 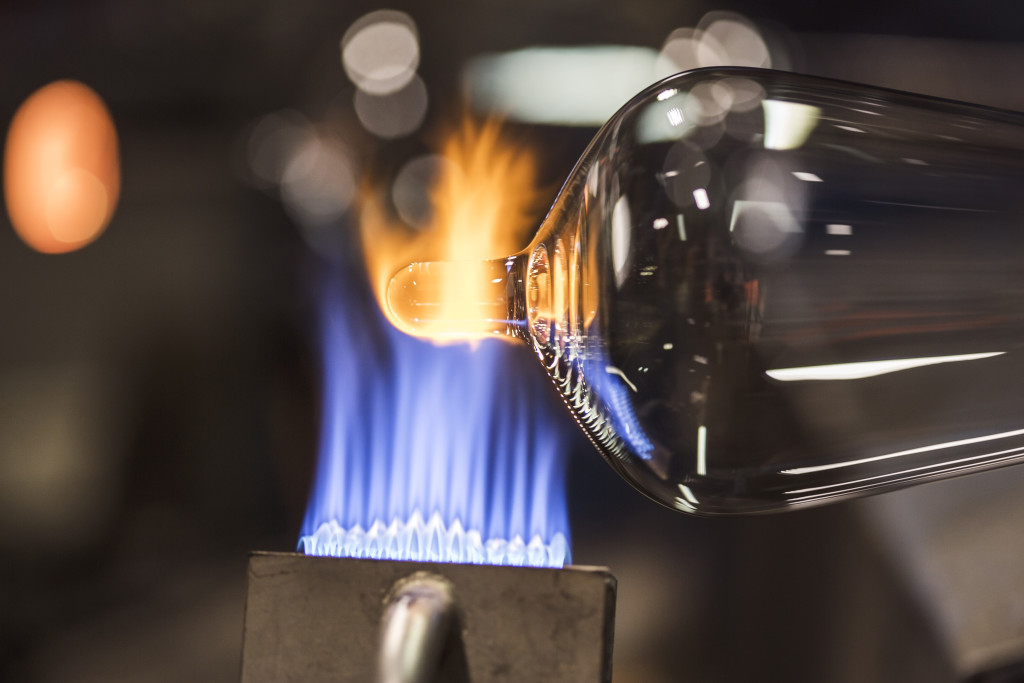 What is the magic number?

While Brendon and Robinson have created just one wine glass, Grassl’s magic number is four. The designs including Liberté, which is ideal for medium to low acidity white wines, which are oak aged and 1855, a glass for reds high in tannin, richness and alcohol. If push comes to shove, Mackh says “if you wanted just one glass that does the job, it would be the Liberté as an objective tool for tasting."

Riedel is known for its varietal-specific glasses and there are myriad options but there has to be genuine rationale behind a new style. “A glass designed for a specific wine must show that wine better than any other, non-specific glass would,” says McGraw before explaining the ongoing process that shapes its bowls. “We design and test our glasses together with winemakers. Through a series of tasting workshops, we fine tune and hone the shapes of our glasses until the winemaker tells us that the glass is showing his wine correctly. Further, after a glass is designed and in production, we do continuous testing and tasting workshops to ensure that the glass is as relevant still as the day it was first designed.” 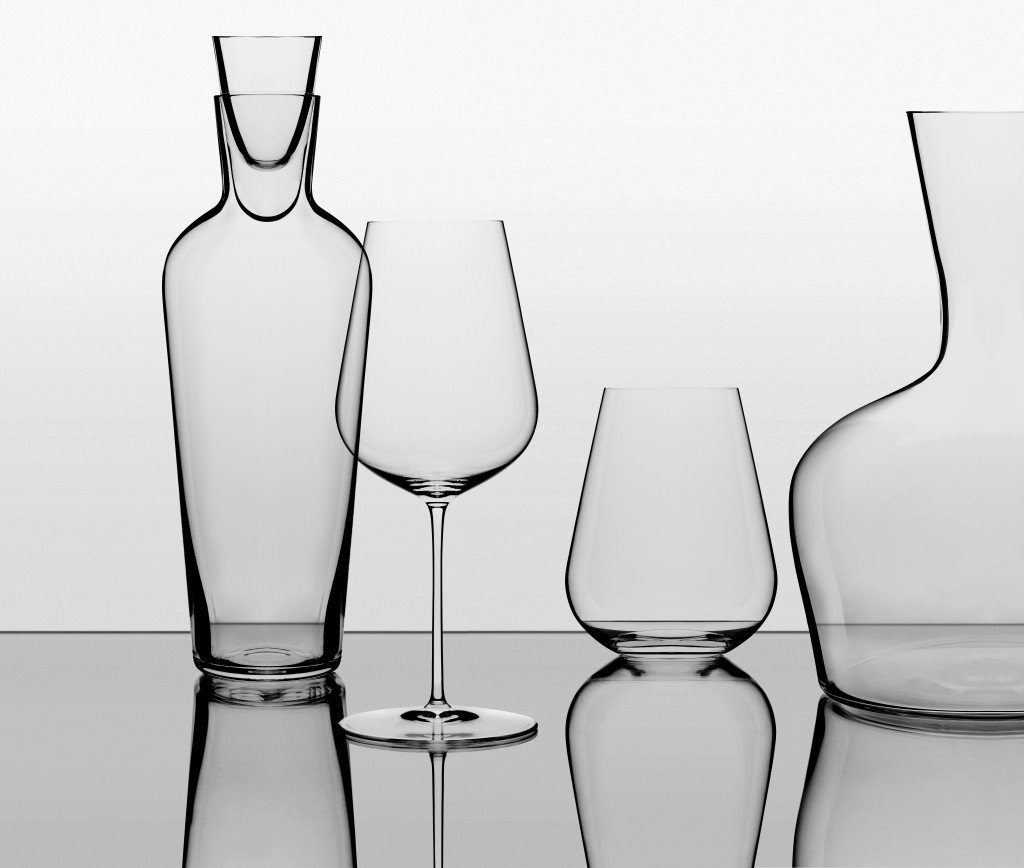 However, there’s no need to be rigid in what you pour in the grape-specific glasses. Riedel has a glass, for example, that suits rosé Champagne, Nebbiolo and new world Pinot Noir. You certainly won’t go to wine hell if you also use it for a glass of Chardonnay. Primack agrees:  “The names are simply a guide to identifying the bowl. They were named this way as 15 years ago, it was the convention to use a wine name. Today, Zalto stress it is not a prescription for the contents. For example, many people appreciate certain styles of White Burgundy in the Bordeaux bowl. This has been proven time and time again”.

Function has now won over form in the wine glass arena but that’s not at the expense of beauty. The bedazzling array of aesthetically-appealing wine glasses provide a tactile experience for both your hands and lips. Wine is delivered to our senses as the winemaker intended and that means it has never tasted so good. 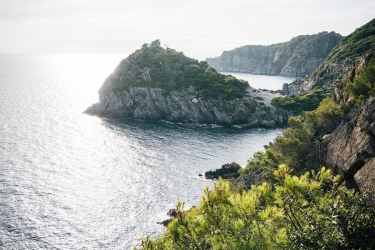