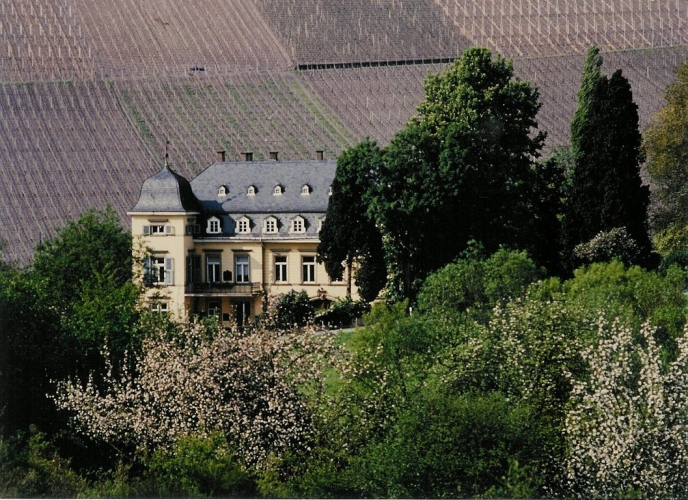 Hailed as one of the world's finest Riesling producers with prices to match, the Müller family has never been afraid of a challenge from their first days as a vineyard owner under French occupation, through two World Wars and a wine system that awarded quantity over quality.

Speaking to FINE+RARE at the height of the Coronavirus crisis, Egon Müller IV discusses family, the state of German wine, and, of course, Riesling.

It’s only April and he’s already traversed the globe hosting tastings, completed a harvest in Australia and now Egon Müller IV is finally home. His 18-year-old daughter is also back home in Wiltingen, unexpectedly: her A level exams have been cancelled due to the Coronavirus pandemic and she has returned from her studies in London.

It's uncertain times but the proximity to the border with France and Luxembourg has been a source of uncertainty for centuries. In fact, if it were not for the French army invading the region soon after the Revolution and taking the Left Bank of the Rhine river, the family estate would not have existed. His great great great grandfather, Jean-Jacques Koch was a monk at a local monastery before the French came through in 1794, seized the church's property and auctioned it off. As a result, Koch bought his piece of the Scharzhof estate, met a woman, had seven children, whom he had to divide his land between thanks to Napoleon's law of inheritance, and the scene was set. 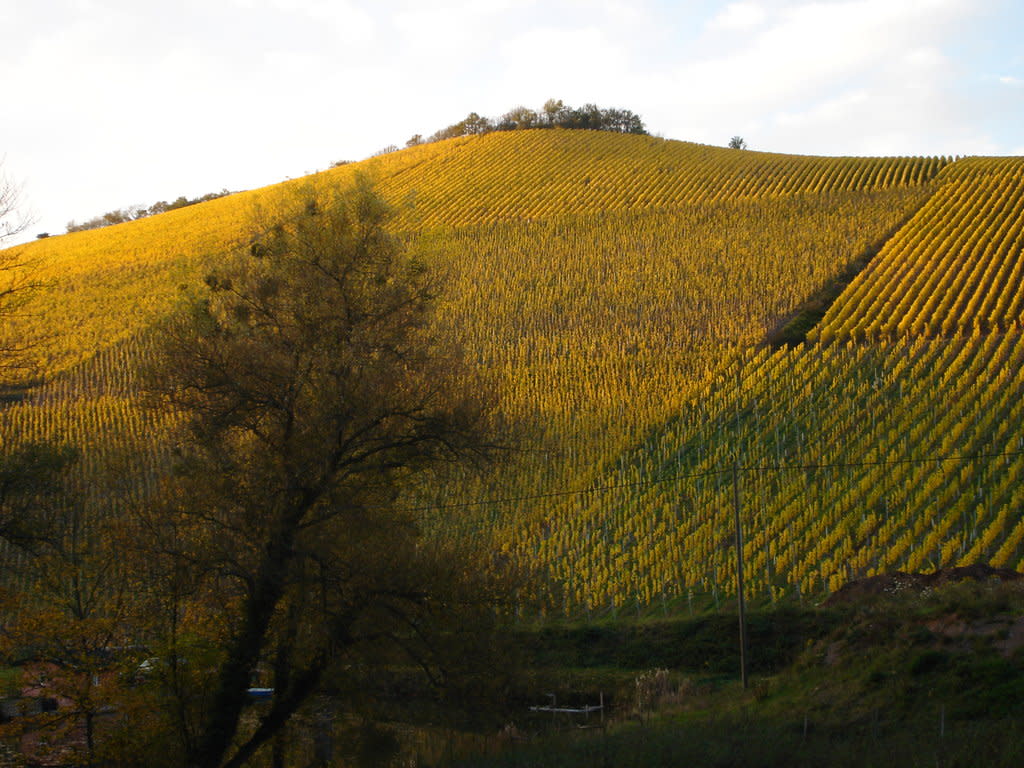 Whether the Scharzhofberg (Scharzhof hill) was considered as special as it is now when Koch made the acquisition is pure speculation. It was –and remains –an unusual site, as it has long been dedicated to vines whereas similar-sized properties were home to other crops and woods. Long ago, it was clear that the wines from the steep slate-rich soils of this high spot in the Saar was out of the ordinary, winning acclaim at international fairs including the 1900 Paris Exhibition and as far afield as St. Louis, USA. However, the 20th century brought its troubles to the Müller's tranquil spot a few miles from the confluence of the Saar and Mosel rivers. Müller's father, Egon III, was born in 1919 and drafted into the German army for the duration of World War II, fighting as close to home as France and as far afield as Russia. His wife and her sister did their best to take care of the vineyard while he was away but when he returned for the 1945 vintage, they were able to make only 1200 litres of wine. "The weather was fantastic but there had been years of neglect: there were no workers, you couldn't buy sprays nor fertiliser,” says Müller IV.

Despite the challenges they faced, the family business was already 150 years into its existence and while all businesses face global uncertainty today, Müller says, "In terms of family businesses that have been going for many generations, we have a better chance than if you look at what's in your bank account. In agriculture, you have to think about the long term."It's just as well the family has been so stoic in the face of adversity or the world would not have the thrill of its sweet, pure Riesling, whose sweetest wines leave even the most exacting of wine critics weak at the knees. Neal Martin of Vinous described an unexpected encounter with the 1975 Scharzhofberger TBA:“Though the bottle is still on the other side of the room on its way to the dining table, I instantly register that it is a) exceedingly rare and extraordinarily expensive and b)already open for serving. The thought that goes through my head is: “Is that really what I think it is?” I was. The result. “It might well be the greatest Riesling that I have ever consumed.” 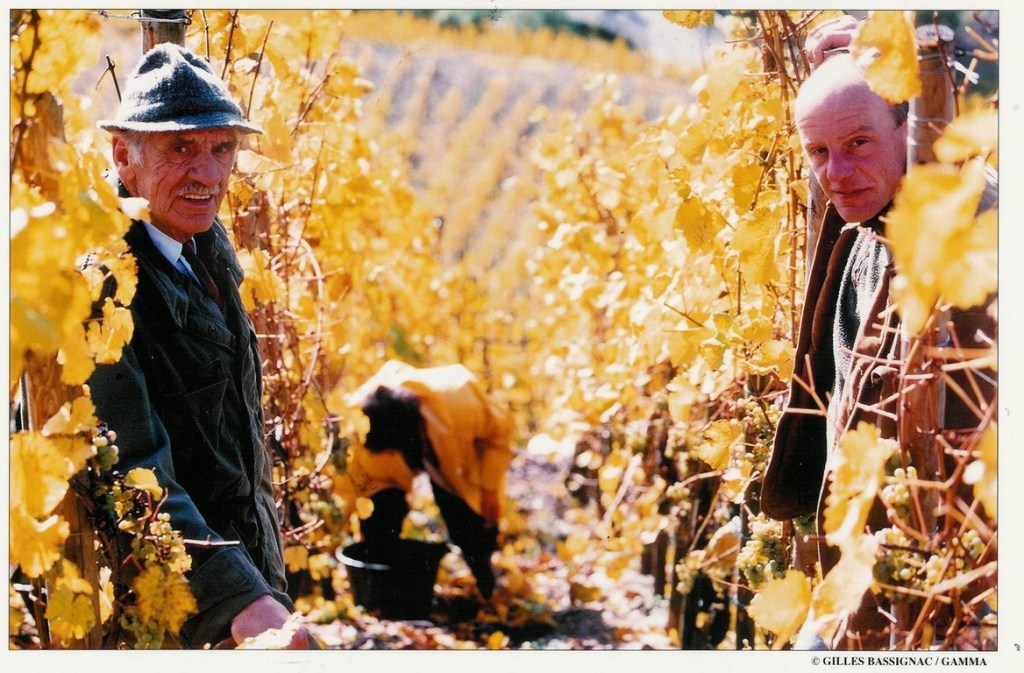 In the Scharzhofberg Vineyard

Focusing on making tiny yields of botrytised wine on a steep slope was far removed from the main route Germany took in the last decades of the 20th century. The 1971 wine law classified quality on the basis of the sugar content of grapes rather than origin–and quality. "That law was probably the origin of German wine's misery," says Müller. "The idea of terroir was disregarded...but now people are trying to bring back the [concept of] terroir -that's what the VDP classification is all about." A new generation of drinkers with no knowledge of Germany's wine law cock ups nor the 1985 glycol scandal gives Müller hope for the country's future and his one and only grape: Riesling. "When I took over the winery nobody wanted to drink it. It's becoming much better. That said, I still think Riesling is not like Chardonnay-something that everybody wants to drink –I don't see people going to a restaurant and saying 'I want a bottle of Riesling.'"

The world's wine drinkers are hardly clamouring to fill their cellars with sweet wines either but this is a niche that Müller has nailed."The style of wine we make here is really unique and it’s quite impossible to make it anywhere else. When you have something so unique, you have to stick with it." However, Müller's wine have something over and beyond his fellow sweet wine producers. "There are differences –there is nobody who is running the yields as low as we do. It’s not only because of old vines...you have a lot of small things that add up. The proof is in the glass: from QbA and Kabinett all the way up the fruit-sweetness scale Trockenbeerenauslese, the slatey Scharzhofberg offers a fine framework to carry any sweetness while the heavier soils of the 4-hectare Braune Kupp vineyard, just north of the village, of Wiltingen makes a weightier, succulent style of Rieslings. 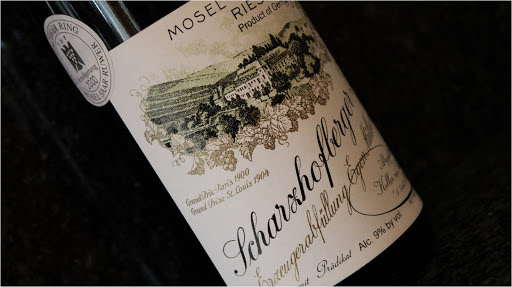 "Inevitably there are better vintages than others but what makes a perfect season for him? “I have two kinds of perfect years: one is a classic no botrytis year like 2015 when everything is ripe and that’s very classic. But I also have the years when there’s botrytis like 2005 and 2010 and I’d say that the greatest wines come from those years. When I was young there was always the discussions between the proponents of 1971 vs 1972: ‘71 is non botrytis, straight vintage, ‘72 is full-on botrytis. Ultimately it’s a personal preference.”When it comes to the more recent 2017 and 2018 vintages they too have their distinct personalities with the frost-bitten 2017 firm and austere; the warmth of the 2018 season shows through in its charm.

The burning questions is how to get your hands on these gold-dust-like sweet wines? It’s an unusual route to market: a wine auction takes place in the city of Trier on the third weekend of September and individuals must register with an approved broker to bid for an allocation from the offered cask. There are tiny quantities of his TBA available,sometimes the production volume is double digits of litres. However, Müller notes that global warming is increasing the quantity of botrytised wine: “we have had more success with these wines so we are producing slightly larger quantities and we are increasingly able to sell through ‘regular’ channels.”The rarity value and the deserved aura that surrounds his wines means there will always be strong demand in the secondary market, which inevitably leads to articles about Müller’s Scharzhofberg TBA being the world’s most expensive Riesling. Greatness has never come cheap.