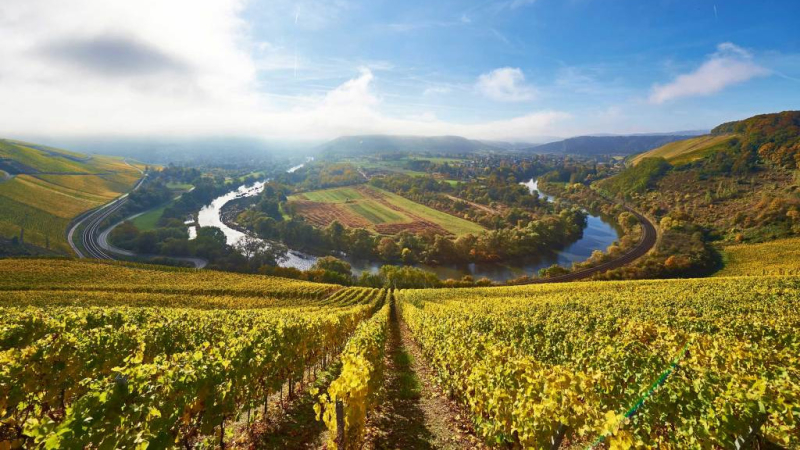 “Quick Growth, early blossom, lots of sun, a magnificent summer” This was the vintage report in a sentence from Donnhoff, one of Germany’s most respected producers.

A real cold snap at the beginning of the year looked like budding might be delayed but in late March the weather completely switched bringing mid-Summer temperatures to the vineyards causing “the vegetative cycle to kick into high gear” and early bud break. This raised concerns of potential devastating frosts in April (which caused so much damage in 2016) but fortunately, the mild weather continued throughout the whole summer. In fact the weather was so warm the Donnhoff team opted a change in lifestyle getting up earlier to work in the vines and establishing a siesta rhythm to their operations keeping out of the sun in the afternoon.

Whilst the sunny weather saw flowering proceed smoothly and the vines exhibiting excellent health into the summer, concerns began to rise over the lack of precipitation. Donnhoff took necessary steps to alleviate the drought be green harvesting the younger vines whilst the older vines handled the drought without a hitch.

Where irrigation is not permitted, which applies to much of the fine wine regions of Europe, the long drought period caused real problems with younger vines suffering. Older vines however were best placed to cope much better, with their long complex root systems drawing deep to find water reserves.

Markus Molitor based in the Mosel described it as “a vintage to be remembered as the warmest and driest we ever had”. Fortunately for him, the old vines did not have any problem with the heat due to their enormous roots systems. The harvest came very early, again it was the earliest on record, but they had both good yields and good fruit quality. Similarly, with Burgundy in 2018, its seems the decent yields managed to counter the high sun intensity, providing wonderful power and intensity to the grapes but without any worry of over-ripeness.

For Markus, the all-important weather conditions during harvest were excellent. “We could select the berries nearly one by one!”. The ripening period throughout the long summer meant they could harvest for every quality level, from dry wines all the way up to Trockenbeerenauslese.

In response to how the vintage actually tastes he states: “In comparison to cooler vintages the acidity and the extract contents are a bit lower. The wines are not only driven by mineral, but also by a perfectly ripe fruitiness. They are rich in aromas and flavors, very opulent and due to the mineral really elegant. Comparisons to older vintages are very hard to find.”

For Simon Baterseh, the talented winemaker at Angust Kesseler, 2018 for once wasn’t a vintage where plant protection was the issue (with relatively low levels of spring frost damage, mildew and odium), but instead it was making sure the vines coped with the drought. Again the Kesseler vineyards are made up of predominantly old vines, which were able to manage but 2018 was so dry what the vines had to cope with was unprecedented.

The results for Batarseh are wines that “appear bright and very precise. The Riesling brims with a very fine mineralic presence, which supports our aim to produce good structured wines which are still accessible”.

Donnhoff couldn’t sound more positive in regards to the 2018 vintage describing the final results as “ripe yet still nuanced with lovely fruit and balanced acidity which in bottle will gain in structure and longevity".

For them it was vital to pick at the right time. Whilst it was an early harvest, aromas develop at the later part of ripening and if pickled too early there was a danger this would be lost, but picked too late and the danger would be must weights being too high, leading to problems with fermentation as well as high alcohol levels.

Fortunately for them they were rewarded with perfectly ripe fruit stating: “It's always incredible to be reminded just how much strength is in those vines. The August drought was catastrophic for most German agriculture, but not for our grapevines, which patiently filled their berries with juice and cast a lovely green canopy. An initial round of barrel samples has made one thing clear: we can all look forward to a tremendous vintage that reflects this extraordinary summer. All in all, we are very much anticipating a vintage of equal parts power and elegance that is sure to enchant with every sip." 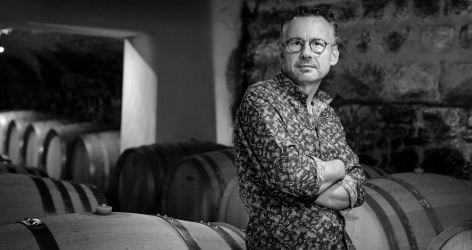