EditorialopinionTop Burgundy Negociants on the 2018 Vintage

Top Burgundy Negociants on the 2018 Vintage

After a number of challenging conditions in previous vintages, Alain was happy to report that the “2018 vintage offered close to perfect conditions.  With such conditions, the challenge was to keep the “charge” in the wines and to avoid reaching high yields in order to maintain concentrations.”

During élevage, Alain tends to favour keeping wines in barrel for 15 – 18 months, particularly the reds which benefit from the “micro oxygenation”. But with the 2018s, the impression in the first part of the élevage was that the vintage was rather marked by the varietal – that is, the wines were dominated by their fruitiness as opposed to their distinct terroir expression. Alain felt further barrel aging would not add much and was keen to keep the “croquant” (bite) of the fruit, they therefore began to blend the different barrels into one cuvée more rapidly than usual with the intention to bottle the wines earlier.

However whilst doing this with some of their Village wines, Alain was surprised to see how the remaining wines in barrel began to gather back and densify, they gained in definition and what had initially appeared as being “varietal marked” started to evolve into a more precise terroir expression. This led Alain to reconsider the early bottling, allowing for the élevage to carry on.  Some wines from small villages are being bottled but he decided to wait for the other whites and reds and will adapt based on their evolution. 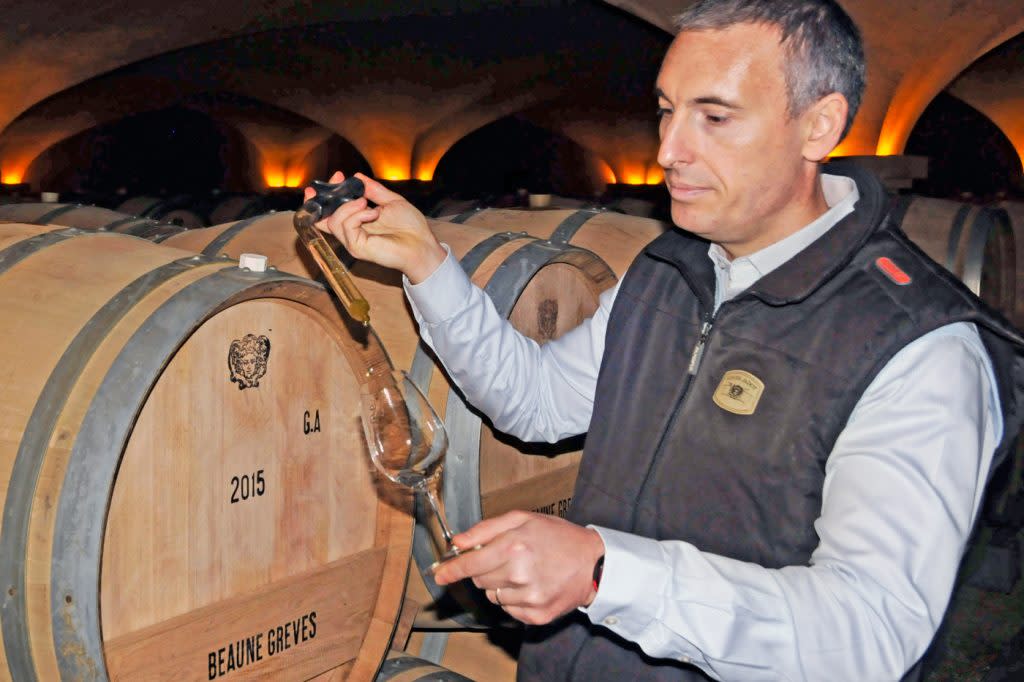 For Frederic the brightness in the weather proved to be the hallmark of the vintage, with remarkable levels of sunshine prevailing from April through to September. This meant that flowering occurred in ideal conditions over the course of a few days towards the end of May/beginning of June, promising homogenous ripening.

Veraison kicked off during the early part of July and lasted for nearly six weeks. This unusual extension was caused by the high summer temperatures and the lack of water in certain appellations (Mâconnais, Chablis).

This meant that ripening was a long, slow process and by the end of August, the berries were still fairly firm and the skins were thick. During vineyard visits at the end of August Frederic states “we saw that the grapes were in a near-perfect state of health and that yields promised to be generous for both reds and whites. Skins were thick and it was important to give them the time necessary to ripen fully. Luckily the weather forecast allowed us to do so with confidence.”

They began picking right at the end of August (Thursday 29/08), with the first bunches harvested from some early ripening parcels in Volnay, Meursault and then Beaune. These areas had ripened ahead of schedule, and the Pinot was right at the end of its maturation cycle.