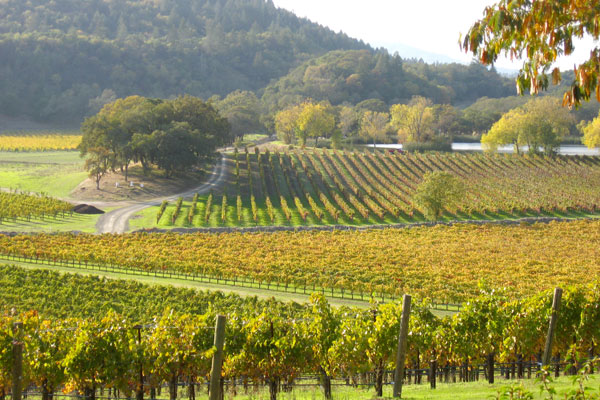 2016 was undoubtedly a sensational vintage in Napa. Whilst it was the 5th warm vintage in a row, the season had a very wet start, so it was the first vintage in Napa since 2011 not classified as a drought vintage. For many, this brought more finesse to the tannins, more minerality and more balance to the wines. A number of 2016s tasted over the last few weeks have shared a particular vibrancy, with the aromas showing an especially lifted florality. There is also plenty of dense fruit and very fine tannins in many 2016s, whilst the palate remains fresh.

Some producers believe it is superior to the much celebrated 2013 vintage. According to Jean Hoefliger (winemaker at Alpha Omega, AXR and consultant for many more) the 2016s are more elegant and balanced, believing that many producers pushed the extraction too far in 2013. The team at Eisele Vineyard also believes 2016 to be magnificent, stating that the weather never got too hot and there were distinctly cool nights in September which produced fantastic precision in the fruit flavours.

For Aaron Pott (Pott Wine, previously Beringer) 2013 produced wines with “pretty rugged tannins and will be long lived wines. The wines of 2016 are more immediately delicious – maybe like 1982 and 1986 on the Left Bank in Bordeaux.” This is a view shared by Christopher Jackson, of Jackson Family Wines who own Cardinale and Verite. He credits the 2016 vintage as one of the most integrated vintages in years. It is a textbook vintage that has a rarely found immediacy and integration of tannins and acids in its youth. At Joseph Phelps they believe the 2016 has a similar structure to the 2014s but with a greater finesse to the tannins and not as super charged as the 2015s.

The defining feature of the 2016 is good ripeness, small berries, great aromatic complexity and great concentration. For Benoit Touquette (Realm, Kata, Levensohn, Fait-Main) the 2016s have the same intensity as the 2013s, the same baby fat but with better acidity describing it as a “great vintage thanks to unbelievable growing conditions;  in a word:  perfect!” and now in bottle he goes on to say “they are sexier than ever!” 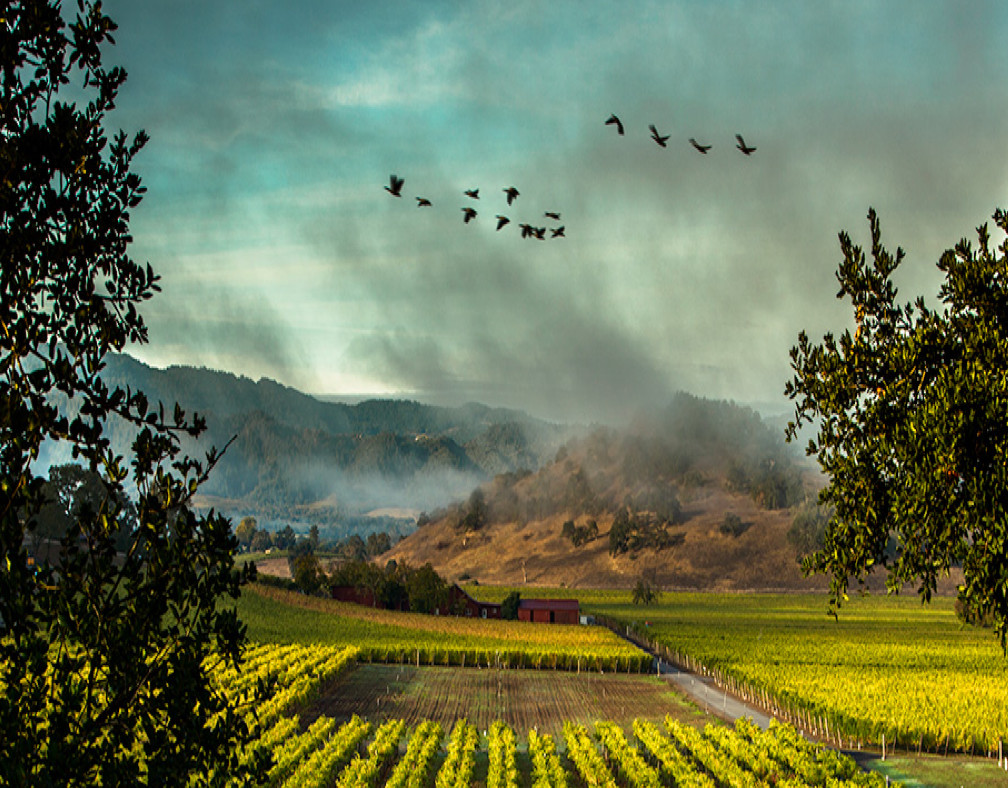 The 2017 vintage struggles to disassociate itself with the wildfires that hit the region on the 8th October. Whilst some of the grapes were already picked prior to the fires, Cabernet Sauvignon being a late ripening variety meant that many wineries still had grapes on the vine when the fires hit and smoke taint became an immediate concern.

However, all the producers we spoke to insisted that any grapes affected by smoke taint was not included in any of their cuvees, claiming any winemaker intent on retaining their reputation would never take the risk of putting contaminated grapes into their own wines. Darioush was badly affected by the fires with the winery having to be evacuated and the surrounding gardens on the property were completely torched. As a large proportion of their wines come from the later ripening Mount Veeder vineyards there was no way they were able to pick this fruit before the fires came. However, they were not willing to risk the quality of their final wines, which meant that none of their Mount Veeder grapes were used in their wines in the 2017 vintage (normally the Grand Vin contains 40% Mount Veeder fruit). So, whilst they retained their quality in 2017, the flavour profile will be distinctly different.

For Aaron Pott, the grapes that were picked after the fire in many areas had smoke taint. He ozone-washed ash off the fruit and used a large quantity of yeast hulls in the fermentations to allay the problem. Any sign of taint and the wine was sold off in bulk or destroyed.

Whilst smoke taint is a terrible episode in the story of the vintage, it certainly should not be the defining one when looking at the quality of what has ended up in bottle. Overall the growing season was nowhere near as smooth as the 2016 vintage with some notable heat spikes during veraison. There was a big heatwave around Labour day (4th September) that lasted for 10 days, providing a testing imprint on the vintage.

In a hot vintage, how vignerons coped with the heat was instrumental in how the vintage turned out for them. As Joel Hoefliger states, those that could best manage the heat spell came out in front.

Aaron Pott used a series of kelp and agave-infused compost teas to help the vines get through these heat spells. The last weekend in August in California was particularly hot and many vignerons struggled with their vines shutting down.

Benoit Touquette’s (Realm, Kata, Levensohn, Hartwell) technique has been to train the vines to sustain deficit water irrigation, using shade clothes that he installed in the vineyard. For Benoit, timing of irrigation was paramount, combined with a drastic selection of the fruit via the use of an optical sorter. This he states “helped us to insure a perfect fruit profile with no raisiny or cooked flavors." It’s thanks to a combination of viticultural practices and gentle extraction, together with severe selection and sorting that saved the vintage for him and produced wines with great freshness despite the heat.

But heat alone was not the issue, low humidity combined with high heat caused the vines for many to shut down and ripening to become blocked. Aaron Pott, where he could, used misting systems – irrigated sprays that drop the temperature in the vineyard whilst providing much need moisture in the air.

For many, élevage on the 2017s was shorter than average – the warm vintage produced wines with “a wonderful suppleness and fabulous density” that meant extended barrel ageing wasn’t necessary. Benoît believes as a vintage it is similar to 1995, 1998, 2000, 2008 all of which have been unfairly overshadowed. Benoît concludes that it certainly proved to be a technical vintage, requiring viticultural precision and dexterity in the winemaking, but when handled correctly produced wines of “freshness, great acidity, red fruit, a beautiful energy and great length on the palate.”

The question of when best to drink wines from Napa is a contentious one. The American palate typically prefers to drink these wines young and many winemakers in Napa believe the same. Benoît likes to drink his wines in their youth and is drinking his 2016s now and his 2017s soon, believing the wines reach their peak as early as 2 – 3 years after vintage. He goes on to say, “I like primary fruit. But the wines can last for a long time, of course. It really depends where you find your own personal level of enjoyment. Always better to open a wine too young than after it’s passed its peak!”

For Aaron Pott it ”really depends on the site and cépage. For great quality Cabernet Sauvignon from the 2016 vintage, they should be great to 2036 and, depending on the raisining and how much of it was sorted out the 2017 will drink well to 2030. The best wines can go on forever. I just had a wonderful 1974 Monte Rosso from Louis Martini that was really singing, but I am a bit of a necrophiliac!”

A huge thanks to Jeffrey Davies at Signature Selections for putting us in touch with Aaron Pott, Benoit Touquette and Jean Hoefliger. 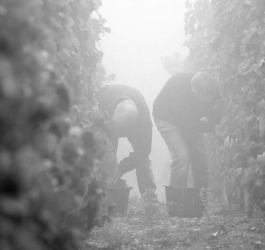