Bordeaux’s share of the market at Fine+Rare was up on last month at 60%, compared to 47% in August. The most heavily traded vintage by far was 2009, accounting for almost a quarter of all sales, with the delivery of en primeur stocks boosting interest among buyers. Sales at the very top end, however, remain slow and the average premium price this month was just under £3K - significantly down on last year’s equivalent figure of over £4k. As has been the case for the last few months, sellers of big ticket items have had to offer their wines at sharp prices in order to achieve a sale.

In the first successful (for the moment) revision of the classification since 1996, Chx Angelus and Pavie were promoted to Premier Grand Cru Classe A, placing them alongside Cheval Blanc and Ausone. The news caused some excitement in the market with approximately 200 cases of these two wines sold at Fine+Rare in September alone.

Mixed reception for non-Bordeaux releases from the Place

Releases of non-Bordeaux wines such as Opus One 2009 and Solaia 2009 have met with a lukewarm reception with two notable exceptions. Demand for both Masseto 2009, and Ch de Beaucastel’s tiny production cuvee, Hommage a Jacques Perrin 2010, has been strong, and prices for both wines have moved upwards during the month.

Away from the Place, other wine regions continue to see strong demand

Sales of Italian wine are up an astounding 49% on this time last year. Champagne sales are also strong, up 42% on September 2011.

Harvest is now underway in the majority of European wine regions. In Champagne, yields have been set 12% lower than in 2011 and despite the problems earlier in the year, 2012 may be a vintage year for some. In Burgundy, early reports confirm that, as predicted, volumes inBurgundy will be miniscule. With harvest still ongoing in both Burgundy and Bordeaux, the next few weeks will be telling for quality in France. We will be visiting Bordeaux later this week to get a view on what potential 2012 might have, to re-taste some 2011s, and to see how the 2010s are shaping up in bottle.

With less to write up than usual after the August holiday, it has been a quiet month for the critics. Stephen Tanzer, however, reviewed 2010 and 2011 white Burgundy, and found 2010 to be “**a glorious, complete vintage for classic white Burgundies”.  2011 is more of a “mixed bag”, with good wines showing “a deliciousness and open-knit early appeal”, while poorer examples “fall short on flavour interest”. He also looked at recent releases from Tuscany, praising coastal areas as second only to Pomerol when it comes to Merlot. Over in Germany, Jancis Robinson tasted the newly released 2011s in the top dry category, Grosses Gewachs, and found Nahe and Rheinhessen the most compelling regions. 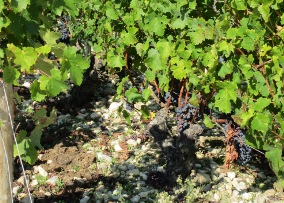 A couple of days in Bordeaux