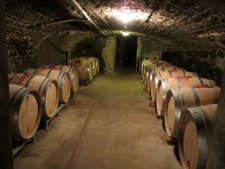 The Market in January

The 2011 Burgundy en-primeur release circus has been well-received, along with the circus of tastings that come with it. The key commentators have generally agreed with Fine+Rare’s verdict on the vintage and have reported positively on the quality: Jancis Robinson finds ‘fruit, delicacy and terroir definition’ in the wines, and Allen Meadows puts overall quality above that of 2009. Both critics also note that although the wines will be approachable earlier than the more backward 2010s, they will probably not be as long-lived. Most producers have held pricing at levels close to the 2010s, and it is notable that short crops in 2010, 2011 and 2012 have stripped the Burgundians of the equivalent of a year’s crop.

Robert Parker’s observation that ‘the Northern Rhône has had a trifecta of top vintages in 2009, 2010 and 2011’ in the late December edition of the Wine Advocate sparked renewed interest in wines from the Rhone. Brands for which demand was particularly strong at F+R included Chapoutier, Delas Freres and Vincent Paris.

Speculation about Robert Parker’s in-bottle scores for the 2010s has continued to drive trading in wines from this vintage, with demand rising towards the end of the month. James Suckling has also been writing about the 2010s, which he rates as “one of the greatest vintages of my generation – one of the greatest vintages ever”. Further interest in the 2009s has been stimulated by the Southwold tasting, in which a group of tasters from both within and outside the wine trade re-visit a vintage at three years old. Jancis Robinson’s top scoring 2009s include Eglise Clinet, Trotanoy, and Canon. It is fair to speculate that these two vintages will continue to be heavily traded for years to come. Reviving interest in Bordeaux has stimulated demand at the top end of the market: a third of cases bought by F+R customers in January were priced at over £1000, in contrast with an equivalent figure of 27% for 2012 as a whole.

The new St Emilion classification has been challenged by three of chateaux that were downgraded, on the basis that procedures were unfair and that incomplete information was made available to the judging panel. The INAO is in the process of reviewing the complaints, but there is speculation that the classification may in the end have to be cancelled. Given some of the gossip we heard last year in Bordeaux (including the rumour that the size of a chateau’s flag and the linguistic skills of their staff could affect their classification) this is unsurprising.

Robert Parker will release his in-bottle reviews on the 2010 vintage and we expect heavy speculative trading of these wines in the coming weeks. The 2010s that we have tasted from bottle (notably Mouton-Rotshchild) have been hugely impressive and suggest that the initial hype that surrounded these wines was true. Second-guessing Mr Parker’s scores, however, is no easier than picking a horse at Sandown, albeit with different odds. If you are interested in advice on your portfolio or selling your wine, call us on 44 (0)20 7089 7468 or email reservists@frw.co.uk. 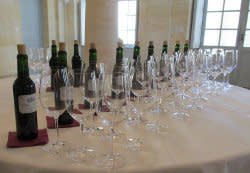 A rather special tasting and a 2012 heads up