As the reviews on Bugundy 2017 begin to be published, we have collated a brief summary of what the critics are saying. As the reviews roll in, we will continue to update this article, but with full reports on Chablis from Neal Martin (Vinous), William Kelley (Wine Advocate) and Nick Stock (James Suckling), as well as a Cote de Beaune report from Stephen Tanzer, there is already plenty to get excited about... 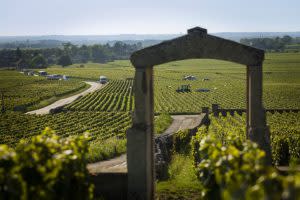 Stephen Tanzer (Vinous) on the 2017 Vintage

Stephen Tanzer has been the first leading critic to publish a report on the 2017 vintage for white wine in the Cote de Beaune.  Following a fairly easy-going growing season (by Burgundian standards), he describes the wines as: “elegant, pure wines with considerable aromatic appeal”.

Whilst he describes many of the wines as “easy-going fruit-driven wines of considerable charm”, he goes on to clarify that "a good number of them are more serious than that.”

After having the opportunity to taste through a large selection of 2017 Chablis, we can confirm that the quality from the top producers is outstanding. The wines have great tension as well as a fruity core (very much on the citrus spectrum, rather than riper melon and orange). It is a much more classic vintage than 2015 and 2016 and reminiscent of the very underrated 2012s.

In Chablis there is a growing movement raising the bar in terms of quality. Whilst Raveneau and Dauvissat are leading the way with regards to quality and collectability, a new generation of growers are hot on their heels and represent astonishing value.

As Neal Martin of Vinous attests: “Some oenophiles’ interest in Chablis does not extend beyond , which is understandable but short-sighted since there is a clutch of growers who are making Chablis on almost the same level, such as Samuel Billaud, Gilbert Picq and Patrick Piuze…".

Neal Martin (Vinous) on the 2017 Vintage

Finally, we turn to William Kelley of the Wine Advocate for his initial impressions on the 2017s...