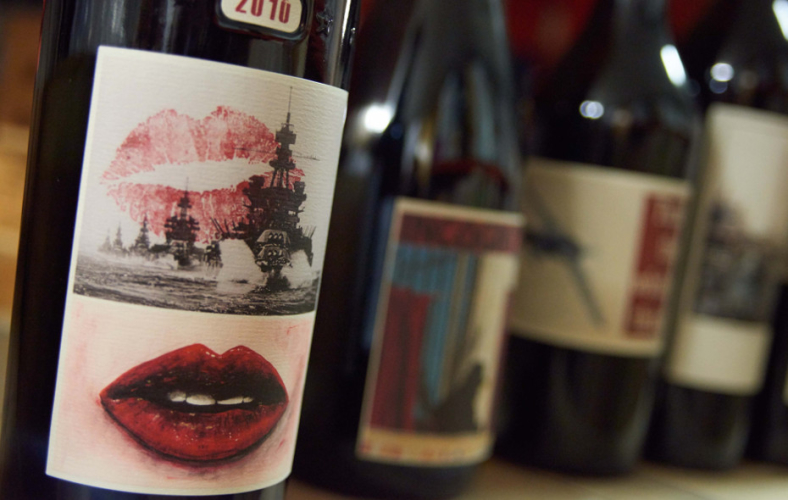 Rebellion is in the air and FINE+RARE love an innovator, so we take a look at five revolutionary wines…

With a history stretching back several millennia, it goes without saying that winemaking is rooted in tradition. Some of the most-loved wines are the result of generations of expertise. However, every now and then a winemaker comes along who rips up the rule book, revolutionising the wine world in the process.

We take a look at five wines with a rebellious streak…

Gianfranco Soldera is a role-model for wine rebels everywhere. Described by Antonio Galloni as “one of the most controversial and influential producers” in the region, he played a key role in establishing Brunello’s new wave, and his wines are a reference point for what can be achieved with Sangiovese. After first founding Case Basse in the 1970s, he raised eyebrows across the region when in 1979 he used his declassified Brunello to produce Rosso. This unorthodox decision proved to be a stroke of genius, and his 1979 Rosso has since become one of the most sought-after back-vintage Italian wines on the market. Now in his eighties, Gianfranco’s rebellious nature shows no sign of slowing down. After well-documented artistic differences with the Brunello Consorzio, he removed himself from the system, now labelling his wines simply as Toscana IGT. It’s this relentless pursuit of quality above all else that means that Soldera’s bottles remain, in the words of Robert Parker “some of the most profound wines being made anywhere on the planet”. A legend in his own lifetime.

The phrase “rockstar wine” might as well have been invented for Sine Qua Non. Established in 1994 by Manfred and Elaine Frankl, the Santa Barbara winery stands apart for its playful, irreverent approach to winemaking. Unlike most wineries, each of Sine Qua Non’s vintages is utterly unique with blend, bottle shape, name and label changing year on year. A quick glance down their past releases reads like a set list in Rolling Stone, with Stockholm Syndrome, Twisted & Bent, 17th Nail in My Cranium and In Flagrante being just a few of their previous names. Their wines are largely Rhône varieties, but this is always subject to change. In the words of the Frankls themselves: “we have an aversion to labels and dogmas or mindless ritual that are sometimes called tradition.” However despite – or perhaps because of – this offbeat attitude, Sine Qua Non’s success has been simply meteoric and their wines are among the most collectable in existence.

Nowadays, it’s common knowledge that Australia makes some world-class wines and is home to some of the longest continuously producing vines on the planet. But, in 1950 this was far from the case. What changed? The answer lies in a three syllables: Penfolds Grange. Although now Australia’s most celebrated wine and listed as a Heritage Icon of South Australia, Grange was a distinct oddity when it first appeared in 1951. It was the brainchild of Penfolds’ winemaker Max Schubert, who believed that he could import Old World techniques to create a wine to rival Bordeaux on both quality and ageing potential. This suggestion was considered so outlandish at the time that the majority of the bottles of 1951 Grange were given away, as opposed to being sold.  This is a far cry from modern times, when bottles of Grange sell for several hundreds of pounds – if you’re lucky enough to get an allocation. Sometimes it pays to rebel.

Sometimes revolutions can take hold in the most unlikely places. After centuries of flying under the radar in Pauillac, bastion of tradition Pontet Canet experienced a renaissance with the arrival of Alfred Tesseron. In the words of Jeff Leve: “prior to Alfred Tesseron taking control, Chateau Pontet Canet was respected, but it was known equally for its history as well as for its wines… Today, Château Pontet Canet produces what many people call the most popular and in-demand Bordeaux wine of the appellation.” This change was due to Tesseron’s dedication to overhauling Pontet Canet’s vineyards, moving to sustainable then biodynamic farming techniques and vinifying wines on a parcel by parcel basis. His philosophy is one of minimal vinfication and embracing a stripped back approach, including the unconventional use of amphorae jars. Pontet Canet now share findings in their unconventional methods with Burgundy’s great troublemaker Lalou Bize-Leroy. This rebellious network is clearly growing.

Few people can claim to have altered vinous history quite like Anselme Selosse. When he took over from his father Jacques in 1980, he was one of the first winemakers to bring Burgundian techniques to Champagne. He championed the use of low yields, organic viticulture and terroir in a way that was unheard of in Champagne. The results shone through in the glass, and by sticking to his principles and ignoring the many naysayers, Selosse forged a new path for the region. In the words of Antonio Galloni, Selosse “continues to push the envelope of what Champagne is and can be”, while Richard Juhlin considers him to be “the most original winemaker in all Champagne”. With a cult following and huge demand for the champagnes, it is clear the market agrees.

Which wines do you see as revolutionary? Let us know on Twitter @fineandrare 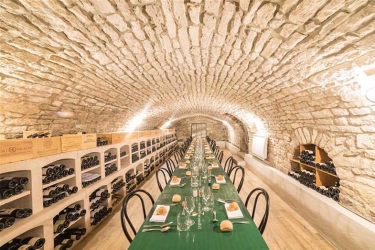 Dining Out in Chablis: 3 Restaurant Recommendations for Wine-Lovers