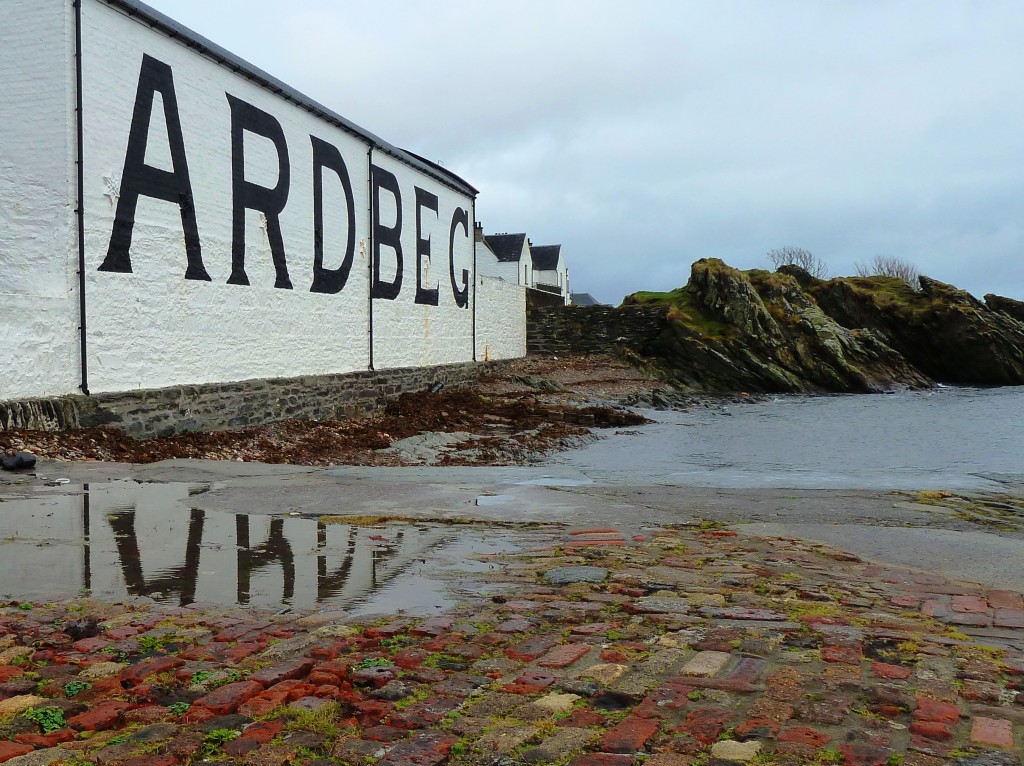 Rare and Single Malt Whiskies are an increasingly important part of our business here at Fine+Rare, with daily whisky enquiries now commonplace and a base of knowledgeable, dedicated spirits customers growing daily. With this in mind, a fact-finding trip to one of the key regions, Islay, was planned, and our Whisky and Spirits Buyer Garrick Whittaker and Sales Director Jamie Graham headed off one stormy afternoon in December to explore this most revered of whisky islands and taste the best this iconic region has to offer…

Home to some of the world’s most distinct single malt whiskies, the remote Scottish island of Islay – known as “The Queen of the Hebrides” – has no less than eight active distilleries, with even more to come. The Fine+Rare team managed to visit five plus the distillery on neighbouring Jura, and each provided its own unique insight into the Islay style.

We were fortunate enough to stay at the beautiful Ardbeg cottages during our time in Islay and they provided a perfect base and springboard to explore the rest of the island.

Arbeg have developed a cult following for their seriously peaty whiskies and brilliant limited releases. Officially established by the MacDougall family in 1815, Ardbeg whisky is today one of the most sought-after and collectable labels in Islay, with its standard 10 year old very much the core of the range.

Ardbeg 1974 Provenance – Think of the surprise when you tasted chilli-flavoured chocolate for the first time.

Ardbeg 12 Year Old Serendipity** – **The result of a happy accident when someone opened the wrong door and erroneously vatted some 12 year old Glen Moray with some near 20 year old Ardbeg. This is a beautiful mistake and an utterly delicious whisky. 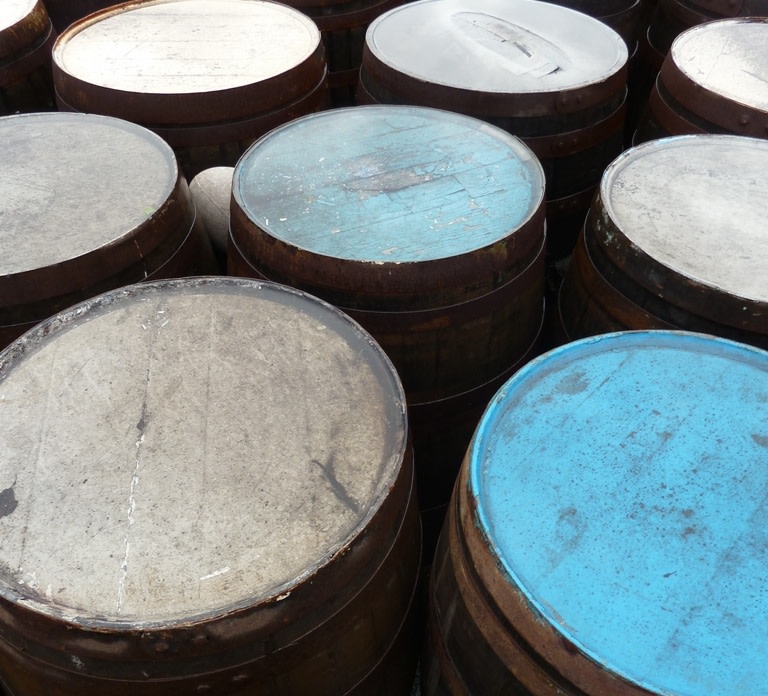 Officially established in 1815, Laphroaig was the only whisky permitted to be legally sold during prohibition, thanks to its signature medicinal smell, as the U.S Treasury Department actually authorised physicians to write prescriptions for medicinal alcohol throughout the period.

Founder Donald Johnston died in 1847 – falling into a vat of partially-made whisky, ironically enough – kicking off a series of bitter court battles over ownership that continued well into the twentieth century. Today, however, Laphroaig is owned by a Japanese company, Suntory Holdings Ltd, and is one of the most popular, if not most divisive, Scotch whiskies in production.

We witnessed the entire production process at Laphroaig, enabling us to understand how each distillery can tweak each and every stage in order to produce their own entirely distinctive signature spirit. Laphroaig’s particular signature is pervasively smoky and almost medicinal, with a full body and high levels of peat. 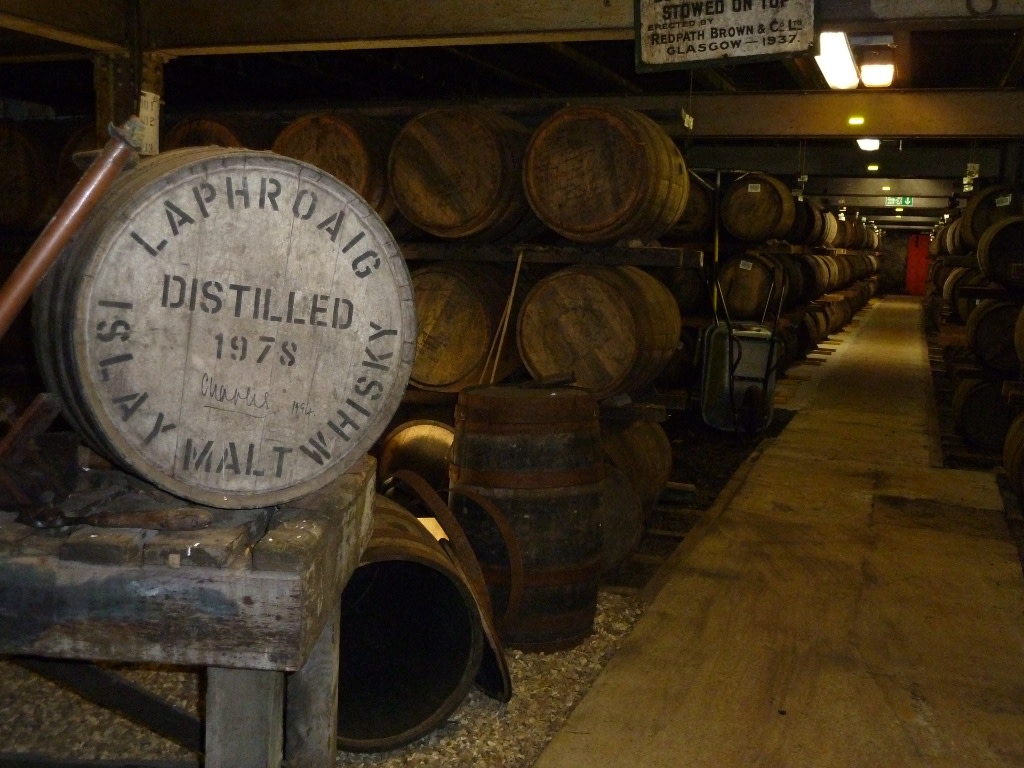 The Bruichladdich Whisky distillery is a very interesting example of how the wine and spirits worlds continue to come together to brilliant effect.

Founded in 1881 on the Western part of the island, Bruichladdich are hugely experimental, and use the old barrels from many well-known wine estates to age their whiskies. We visited their warehouse and saw rows and rows sourced from the Bordeaux First Growth estates filled with whisky. We were lucky enough to taste directly from barrel several whiskies yet to be released and the quality across the board was stellar.

2002 Bruichladdich Octomore (Yquem Cask) - Still in cask. A wine barrel finish craze has recently gripped the Scotch Whisky world and this particular example is a marriage made in heaven. This super heavily peated ‘beast’ is tamed by the sweet nectar of Yquem.

At his small batch farm distillery, everything is 100% Islay (except the Bourbon Barrels it uses for ageing). Only 7 Years old this year, it is still very much in its infancy yet already Kilchoman whisky displays all that is great about the grass-roots traditions of Scottish whisky distilling.

As well as being one of only a handful of distilleries still practicing floor malting, barley is also grown on the farm, making it the only distillery to complete all parts of the whisky making process on site. Kilchoman truly is Islay’s farm distillery - from barley to bottling.

Already sought-after by collectors, prices are moving up for what is a distillery to watch.

Kilchoman Loch Gorm – Slight peaty notes, popcorn ice-cream and toffee on the palate. Featherlike and super smooth with no burn at all and no need to add water. Would be a great, albeit expensive, twist in an old fashioned. 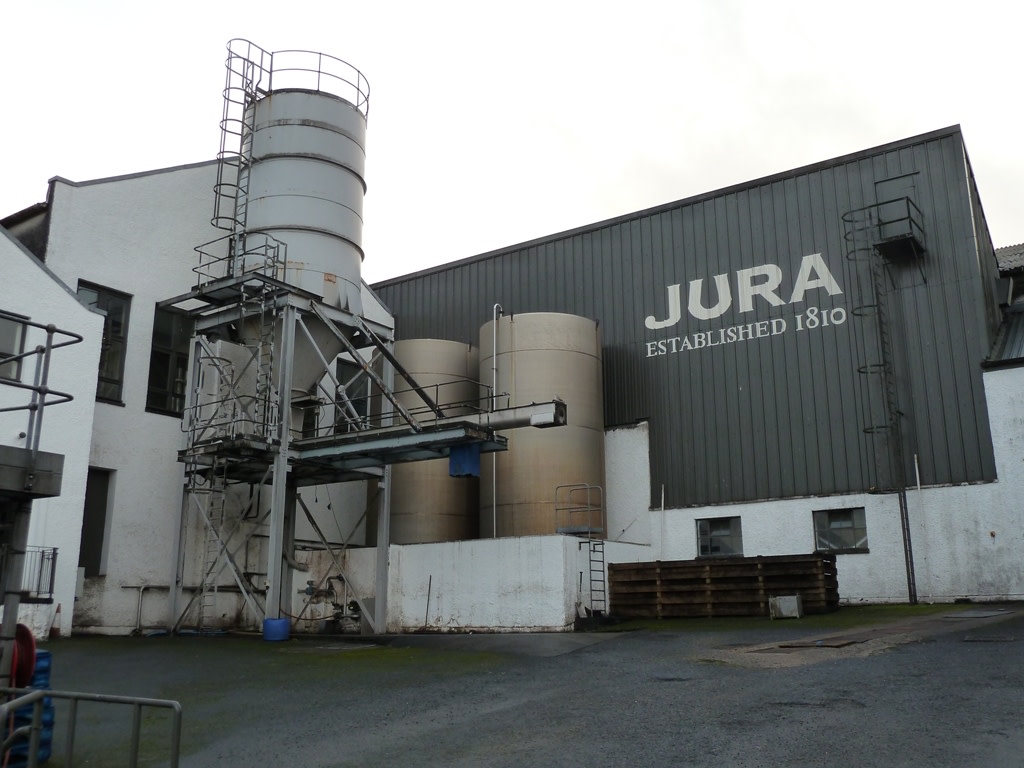 We had a fantastic tour of the remote Jura Whisky distillery and, among many other things, we learned the importance of the still shape in the final character of the spirit and how it defines the distillery. Jura has the second highest stills in Scotland after Glenmorangie, and this imparts a lighter spirit.

The distillery was rebuilt in 1963 and production is centred around a lantern-shaped still, which is responsible for a lighter-style spirit. Only once a year will they craft a peated distillation which goes into the Superstition and Prophecy. Otherwise the single malts are unpeated, delicate and soft.

Jura 1984 30 Year Old** - *Only 1,984 individually numbered bottles were made of one of our favourite releases this year. A homage to George Orwell, who stayed on the island of Jura whilst writing his iconic novel, Nineteen Eighty-Four, *this release honours the history of the island and the many revolutionary events of its past. With dried apricots and honey on the nose followed by banana loaf, ginger, dark chocolate and sourdough on the palate, it is rich and malty with a long finish and beautiful full flavours. 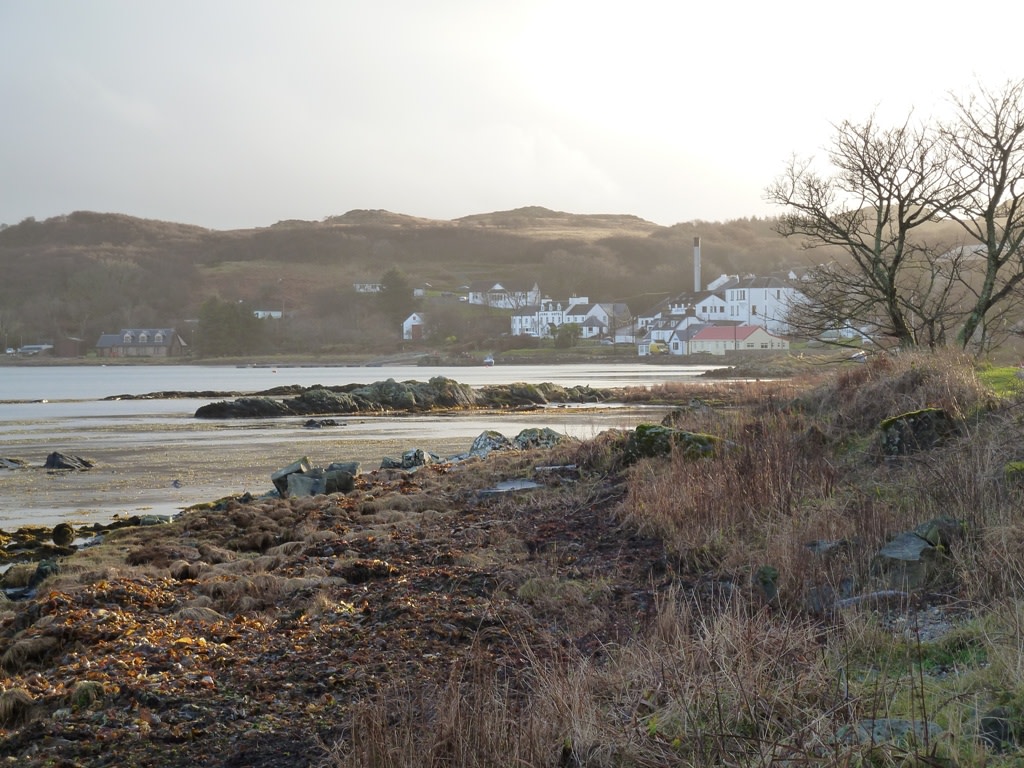 The Bowmore Whisky distillery was our final stop on the trip and the lack of spittoons over the last few days had taken its toll. Nevertheless, we enjoyed a large flight of releases, including the Bowmore Devil’s Cask, one of the cheapest of all on release and now the most sought after by collectors of any whisky on the market.

Bowmore is the oldest distillery on Islay and one of the oldest in Scotland and is one of very few distilleries to still do traditional floor malting of the barley although floor malting capacity is not high enough to satisfy production needs and so additional malted barley is brought in.

In style, Bowmore is typically less peated than other Islay whiskies such as Ardbeg, Laphroaig and Lagavulin.

Bowmore The Devil's Cask II** - **One of the most anticipated releases of 2014, this second edition is rich in sherried sweetness, with Christmas cake, treacle toffee and a waft of salty sea spray. Named after a local legend that the Devil was once spotted and chased through the town, eventually hiding away in the distillery. 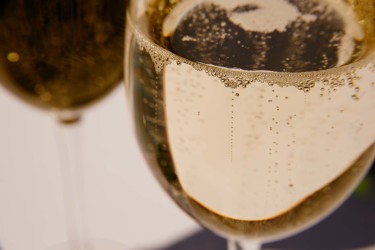