After a very successful 2013, we came out of the traps in 2014 with our sights set even higher. Herewith the key events and releases so far:

We’ve been making a bit of noise about this, and rightly so. A brilliant vintage, record sales, an unprecedented tasting of more than ninety wines in our Bermondsey Street offices, and there is more wine to come. The more I think about Barolo, the more I am flummoxed by the fact that this is a region that has been sitting under our noses for years. Brilliant wines, wines of character, wines with a sense of place. And artisanal, genuinely rare wine that can be bought for just a few hundred, as opposed to a few thousand, pounds per case.

We all knew what 2014 was going to start with: 2012 Burgundy. Another excellent, and small, vintage from a region where we have been working very hard over the past couple of years.  We first tasted a handful of 2012s from barrel in July last year, then tasted extensively in November, and we were sure from the off that we had a winner of a vintage - though sadly there wasn’t much of it. We now have more direct relationships in Burgundy than ever before and the vintage sold very, very well. Despite the short crop, this was our most successful en-primeur offer in our history.

The 2010 “La Las” from Guigal hit the market in January with a bang. Taken collectively - i.e. all three wines - these were our second best-selling wines of the quarter by value and sold almost as soon as we sourced them. There is no lack of demand for wines in this bracket (circa £4,000 per dozen in bond) though it is clear that certain criteria must be fulfilled, and the keys are quality and, more importantly, rarity.

The appetite for top Champagne continues to grow, the key releases of which were 2003 Krug and 2002 Bollinger RD. We sold our allocation of 2003 Krug in a matter of hours: the nature of the 2003 vintage in Champagne not only made for some idiosyncratic wines, it also made for small production levels and 2002 RD was met with enthusiasm. 2002 Champagnes almost invariably sell well on release, and we await the release of Cuvee Sir Winston Churchill in the very near future.

In the first quarter of 2013, four out of our top five best sellers by value were Bordeaux, as were two of the top five by volume. This year paints a different picture. Just one Bordeaux - the brilliant buy that is 2010 Ch. Batailley - made the top five by value though three wines, 2010 Batailley included, made the top five by volume. There IS a market for Bordeaux - this is still the most important wine-producing region in the world - though value is clearly a driver. The rise and fall of Bordeaux prices over the past decade is well-documented and it would appear that, much as we might be at or close to the bottom, there is still a reluctance to buy “commodity claret”.

First growths are still selling, though looking at the data the picture is immediately clear: great vintages, young and old, are working. Lesser vintages, wines sold over the past decade on the “relative value” basis, are a different proposition, and only sell when genuinely “cheap”. The conclusion I draw from this is that the speculative market for Bordeaux has almost disappeared and these wines are largely being bought by those that intend to drink them.

FINE+RARE is all about choice. In the first three months of the year we sold 5,737 different wines.

About half of those were Bordeaux, followed by Burgundy in a strong second place, then the Rhone, Northern Italy and Champagne. Our best selling wine by volume was the bargain 2012 Solanera, and by value was 1996 Dom Perignon Oenotheque. One wine: the brilliant 2010 Ch. Batailley made the top five by value and volume.

Drawing a “market conclusion” from sales data can be very difficult, though for 2014 the picture looks very clear to me. I am often asked, more often than not by our competitors: “what is selling?” The nature of FINE+RARE, and the choice that we offer, is such that my standard answer - “everything” - is always true. But looking a little closer:

There is very little appetite for “commodity claret”.  The market for Bordeaux is for the very best, and for quality wines at prices which make sense for the drinker as opposed to the investor. Our customers are buying wines for the pleasure of drinking and the pleasure of owning; very few are buying with the motive of capital gain. There is an irony here: this may well be the time for the speculators to start their engines. In the meantime, we are enjoying doing what we do best: providing choice and impartiality and hunting out quality, value and occasionally something slightly different for our customers.

The next three months will see the launch of our new website. Much investment has gone into this: designed to be intuitive, with an improved search facility and a totally redesigned blog. We continue to improve our highly complex logistics systems, and much work is going into refining our private reserves offering. Our buying team continues to hunt out the very best from Europe, the New World and beyond and our sales team look forward to offering the wines that you want, offered at the right prices.  This is what we do. 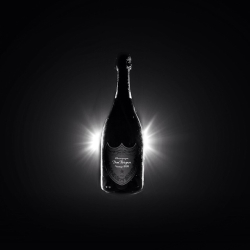