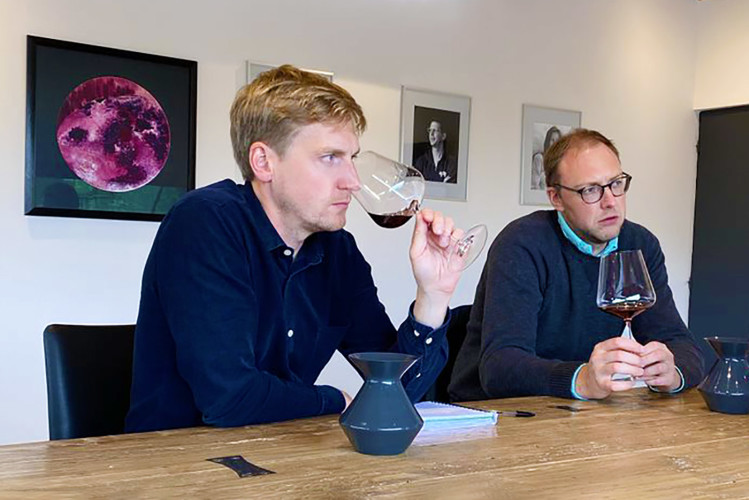 Each year we focus on the new vintages released from Burgundy, Bordeaux and elsewhere. In an era when truly bad vintages are a thing of the past, Gavin Smith wonders whether in fact it's the hand of the winemaker that reigns supreme

At the time of the latest vintage release from Burgundy, it is always the year’s conditions that dominate debate. But is it really the most important factor when it comes to identifying what wine to buy? The best winemakers reliably produce magnificent wines year in, year out. The variation in vintage for these wines is fun and nuanced, rather than the death knell over the success or failure of a vintage. Unless the vintage is a complete disaster, which these days is rarely the case, vintage conditions are not the greatest indicator of the success or failure of a producer’s wines. More important are the techniques vignerons adopt, which in turn affect the style and balance of their wines.

All viticulture and winemaking is a multitude of decisions, hundreds possibly thousands of them that collectively combine to produce the wine of that vintage. While modest vignerons might say the wines make themselves, and the best often aim to interfere as little as possible, even choosing not to do something is a conscious decision that requires serious experience and know-how. Burgundy of all places involves plenty of winemaking decisions that greatly affect the final outcome in bottle – particularly with the red wines. The fragile Pinot Noir is hugely susceptible to affectation during the winemaking process. The wines are certainly less manipulated today than they were in the past. Nightmarish stories of copious amounts of fertiliser and insecticide polluting the soils, along with formulaic additions of sugar at fermentation are fortunately no longer normal practice with top producers today.

In the recent past, red Burgundy also had to deal with over-extraction during fermentation and high levels of new oak in élevage, that arguably had the biggest effect on the flavour profile of Pinot in the 1990s and 2000s. But today, with extractions kept pretty minimal and oak – for the most part – more deftly used, Burgundian Pinot Noir is very much in an era of transparency. Today, distinct winemaking techniques, like whether or not the winemaker incorporates whole bunches into the fermentation, determine distinct styles in red Burgundy. From the likes of Domaine de la Romanée-Conti and Leroy – who use high proportions of whole-bunch in their fermentations, to Rousseau and Fourrier at the other end of the scale de-stemming everything: to whole-bunch ferment or not is a decision that splits Burgundy’s top winemakers right down the middle. 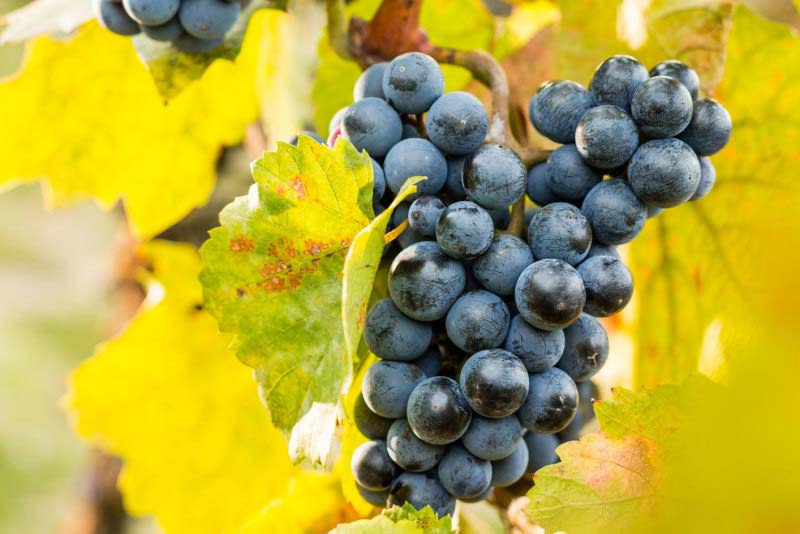 Both decisions are attempts at authenticity. For the vignerons who completely de-stem their wines, it is the purity of fruit that best transmits the terroir expression of the vineyard. Any incorporation of the stems only detracts from the fruit clarity and flavour – a flavour determined by its terroir. This philosophy is difficult to deny and, when tasting fully de-stemmed wines, they do tend to be most consistent in character and certainly transmit the nuances of a vineyard.

For the “whole-bunchers”, the authenticity lies in it being the traditional method, arguing that whole-bunch fermentation was how all wine was made prior to the invention of the de-stemmer in the mid-20th century. While this isn’t strictly true, whole-bunch fermentation was certainly normal practice and is how wine has been made for millennia. True terroir expression for them is not just the berries, but the stems too; it is both the stems and the berries together that offer the true blueprint of the terroir of a site.

In the middle sits a growing majority of producers who see the advantage of both methods, without the need to sit in either camp. Partial whole-bunch fermentation adds something interesting to the blend without overpowering the purity of the fruit. These wines can therefore be both complex and terroir transparent, while not being at either extreme – representing a preference for balance over anything else.

Today many vignerons remain wary of having too many stems in the blend and its negative effect on acidity. Chantal Tortochot currently opts for around 20 to 25% whole-bunch during fermentation depending on the vintage. Too much, she believes, will have a detrimental effect on the freshness of the wine, because the stems introduce three important elements to the wine: water, potassium and mineral salts. Her biggest concern lies with the potassium, which – when mixed with the tartaric acid of the wine – precipitates into potassium carbonate crystals that then drop out of the wine, reducing the overall level of acidity in the wine. However, the countering effect of using whole-bunches in the fermentation is that the mineral salts provide a salinity and sapidity to the wine which actually makes the mouth water, accentuating the sense of freshness in the wine, even if the acidity is lower. Two therefore contrasting examples of the effects of whole bunch: does it make the wine more refreshing or less? 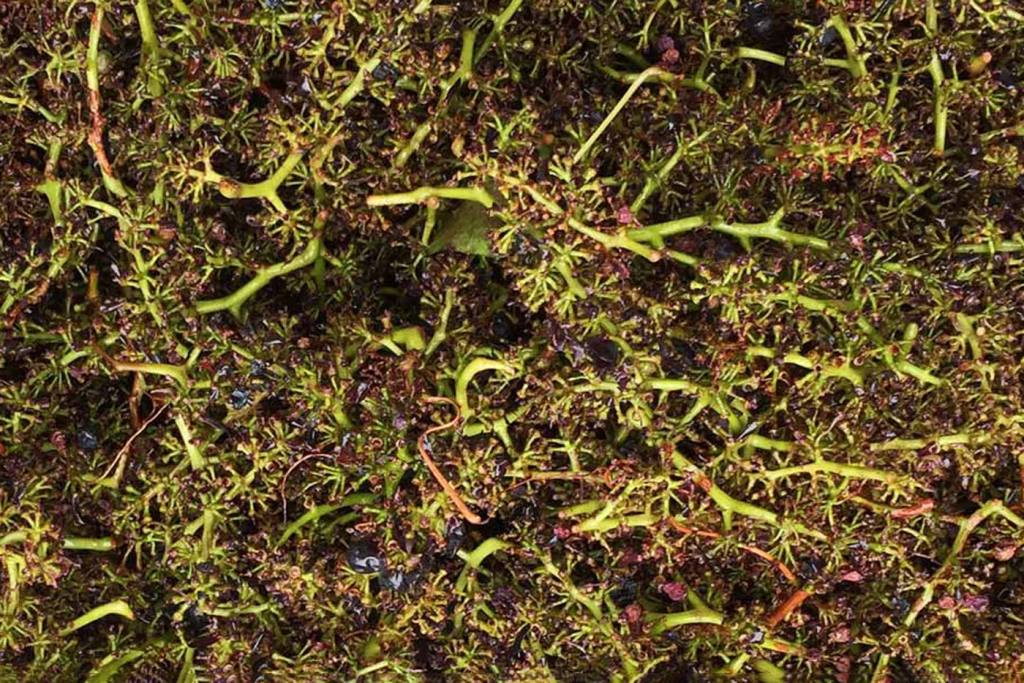 On tasting the latest vintages on release, it has become apparent that while not always the case, wines made with a high proportion of whole-bunch tend to be less consistent when tasted in their youth. Not only can the wine aromas be dominated by stemmy notes, the wines can often be shut down. Again, this is not necessarily down to the quantity of whole-bunch, but it does seem to be a recurring trend when tasting wines that have a high proportion of whole-bunch. David Duband, a great believer in whole-bunch, accepts that in their youth the advantages of incorporating whole-cluster fermentation is less obvious, but after about eight years in bottle, he believes this method produces wines of higher complexity than those from the same appellation that have been completely de-stemmed: “They have some extra life on the palate,” he explains. Having evolved from a winemaking philosophy which saw him de-stem all his fruit prior to 2006, he recognises the difference between the two approaches better than most. Others are less convinced. Charles van Canneyt of Domaine Hudelot-Noëllat has experimented using whole-bunch over the years but personally never found it added anything positive to his wines and remains a strong advocate of de-stemming all his grapes prior to fermentation. If anything, he believes partial whole-bunch fermentation can add flavour complexity to simpler, earlier-drinking wines that lack the natural depth of fruit.

Philippe Jouan believes that the decision on whether or not to use whole-bunch should depend on the vintage. For him, in sunny vintages, the stemmy, “sauvage” flavours you get from whole-bunch fermentation are not in keeping with the vintage style: “It contests too much with the sunny fruit flavours,” he says. He will therefore only use stems in cooler vintages. Florence Heresztyn-Mazzini at Domaine Heresztyn-Mazzini has the opposite approach. She believes the warmer, riper the vintage, the better the stems are lignified; therefore, rather than adding greenness to the wines, they bring complementary flavour complexity. For Olivier Bernstein – who incorporates 50% whole-bunch into his wines – it brings aromatic complexity, structure, and expression. For him, “The delicacy of the impact of whole-bunch on the final flavour is all to do with the quality of the fruit.” And this does seem to be an important point: when done well, whole-bunch fermentation is not something that is always obvious. The aromatic complexity is so integrated with the fruit, the perfume of Pinot still dominates both the nose and palate. Whichever philosophy a vigneron chooses, there is healthy debate in Burgundy today over whether or not to use whole-bunch fermentation. It is just an extra nuance, adding another layer of intrigue to this fascinating fine wine region. The success of each of these different approaches shows there is no right answer, but it does make you wonder whether winemaking styles should be playing more of a role when deciding which Burgundies to buy – and whether vintage is as important as we traditionally believe it to be. 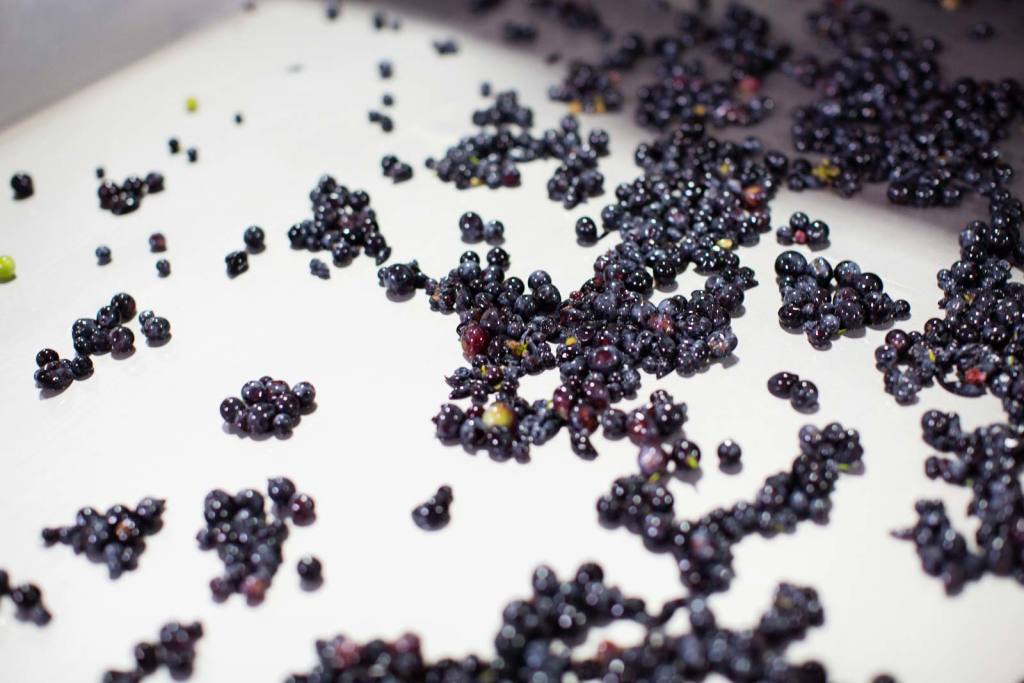 Remoissenet has a very particular style – one that is all about achieving great purity, and with 100% de-stemmed fruit. They have no qualms about harvesting late, often being some of the last to pick, believing what they lose in quantity through evaporation, they gain in quality through natural concentration. The fruit is de-stemmed, with an extended cold soak and fermentation in open-top vats at cool temperatures. This approach has given their 2019 Chambolle Les Charmes a textbook enticing floral lift, with additional redcurrant coulis and lavender notes. There is a lovely freshness to the palate, with crisp red berry and red cherry fruit. It’s concentrated, yet so vivid and bright in the mouth – as is typical of the appellation. There’s a sappiness and dark chocolate note on the finish, the latter from the oak (50% new) which needs time for further integration, but this wine has great balance and a good amount of dense, textural extract. It will be beautiful at maturity in 10 years and beyond.

This is really quite a contrast to the Remoissenet. Not only are the appellations completely different, but so is the winemaking. In 2019 Heresztyn-Mazzini’s Millandes is 100% whole-bunch fermented. The nose is full of wild flowers, earthy soil and light stemmy notes. There is a wonderful “small berry” concentration in the fruit on the palate (black cherry, blackberry) but there are also lots of crunchy mineral rock notes and a salty tang. The tannins build on the palate, austere and incredibly structural; this is tannic Pinot Noir. The complexity in flavour, structure and aromas (no doubt increased by the effects of the whole-bunch fermentation) requires some time to fully integrate. Highly complex and concentrated, it will be fascinating to taste this again in 10 years' time, especially next to Remoissenet's Charmes.

Browse all the latest Burgundy 2019 releases 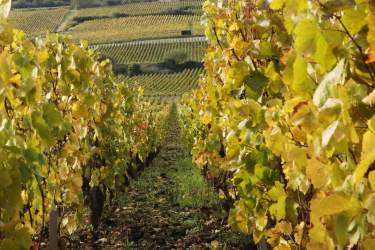