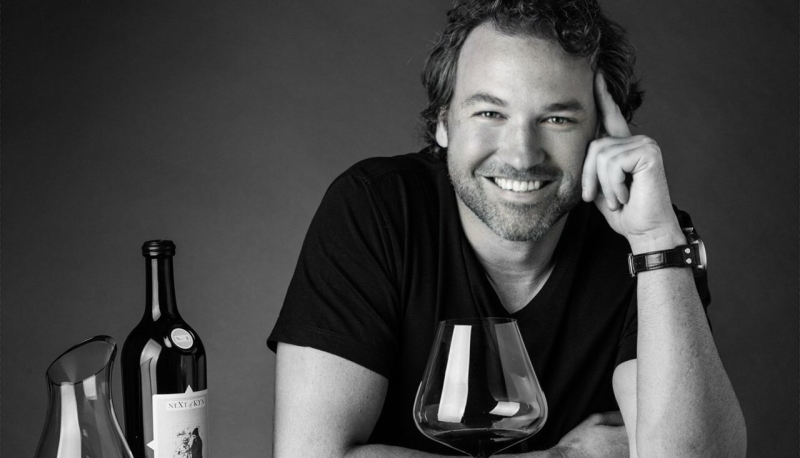 Aerospace engineer turned wine critic Jeb Dunnuck talks to FINE+RARE about his trajectory from discovering wine to becoming one of the world’s leading voices on the Rhône, California and Bordeaux.

The state of Indiana is probably best known as the home of the 200-lap motor race, the Indy 500, but it is little known that it is home to America’s first commercial winemakers: a group of French-speaking Swiss settlers, who made their way from the Vaud to the not-yet-a-state of Indiana in the late 18th century. Unfortunately, the past two centuries has been unkind to the wine ambitions of the early settlers despite being home to vast swathes of vine-loving limestone; instead, the Hoosier state is more interested in corn and soybeans than grapes and it was in this rural farming environment that a young Jeb Dunnuck grew up, far from the burgeoning winelands of the western seaboard.

Raised in a non-wine drinking family, his late start in wine was clearly no handicap: in 2013, the world’s most important wine critic hired him. “I knew I’d found a younger version of myself,” wrote Robert Parker at the time. Parker had been a lawyer that turned his hand to writing wine reviews in the late 1970s. Dunnuck was a baby when The Wine Advocate was first published but in a similar vein to Parker, he had another career before wine paid the mortgage. An aerospace engineer by training, he caught the wine bug while working for the listed security and aerospace firm Lockheed Martin in upstate New York. He was – and remains – an outdoorsy type and at weekends he would drive three hours to go rock climbing; en-route he stumbled across a wine store, which led to the start of another hobby and a new career. “I would always stop at this tiny, eclectic wine shop that had a great selection of Bordeaux. I think that was where I probably bought my first bottle of wine, “he says. “My wife Traci was a teacher, and we didn’t make much money at the time, but I still remember hiding $20 to $30 a week so I could buy a different bottle every Friday. Some of the first wines I purchased in any quantity were 1990 and 1996 Bordeaux.”

Now firmly ensconced in Boulder, which is to mountain bikers what Bordeaux is to wine lovers, Dunnuck recounts how he went from being an aerospace engineer saving up to buy a single bottle of wine at the weekend to respected wine critic. “In 2008, I created the TheRhoneReport website and started writing professionally about wine. I was lucky that I knew web programming, so I designed an online database and built the original site over a weekend. I still use the same database today,” he says. “I would work during the day at Ball Aerospace, then write for The Rhone Report from about 8pm to 2am every night. I did that for five years.” His work ethic and output clearly impressed: in 2013 an email appeared in his inbox from Robert Parker, asking Dunnuck to work for him and you don’t say no to Parker.

The remit at The Wine Advocate included California, Washington and southern France, including the Rhône, and his lively tasting notes made a refreshing change. “It’s funny you say that, as I truly can’t stand flowery prose,” says Dunnuck.  “I approach the job with an engineering viewpoint as opposed to that of a writer; I’m here to solve problems and the purpose of JebDunnuck.com is to help subscribers find wines they like. You do that by tasting as broadly as possible, writing straightforward vintage reports, and doing your best to describe and give candid opinions on the quality of the wines. That is the goal”.

But in 2017, just four years later, Dunnuck handed in his notice and went solo. “I loved working at The Wine Advocate, particularly in the early years, when Parker was heavily involved. However, I disagreed with the direction of the company and management, and thought it wasn’t a good fit for me as time went on,” he explains. Within months of handing in his resignation, JebDunnuck.com was launched.  He retains the principles of an Advocate reviewer, basing his business on a subscription model and paying his way rather than relying on wine associations or producer groups to fund his trips.

While he might be known for his love of all things Rhône-related, he has now included Bordeaux into his roster of regions and publishes major reports, which include reviews of up to 1000 wines at a time, as well as smaller articles on other regions and individual producers.  But what we all want to know is what’s in his personal cellar? “I’m a Francophile so my cellar is mostly Rhône and Bordeaux,” he says, revealing he’s just bought a case each of the 2017 Janasse Châteauneuf-du-Pape Cuvée Vieilles Vignes, 2016 Château Sansonnet from Saint-Émilion, and the 2017 Domaine du Pegau Châteauneuf-du-Pape Cuvée Réservée, “but I drink plenty of wines from California’s Central Coast, Sonoma, Napa Valley, Washington, Italy and Spain.”

What Rhône vintages should FINE+RARE’s clients be opening? In the Syrah-dominant  northern Rhône, the wines of the noughties are all ready to be opened. “For lovers of young wines or those with little patience, 2014 is an early drinking, moderately concentrated vintage that has lots of upfront charm. I think one of the greatest vintages ever for the Northern Rhône, the 2015s are massive and structured wines that will reward bottle age. However, Crozes-Hermitage, some Saint-Joseph, and some Cornas are approachable today. Meanwhile, the 2016s are classic, elegant wines that will have early appeal as well yet also age gracefully.”

Vintage-wise, it’s not such a different story in the southern Rhône, home to the appellations of Châteauneuf-du-Pape, Gigondas and more. If the label states 2009 or earlier, the drinking window has opened up and you should start enjoying; yes, you can open your 2010s but there’s no rush. “Looking at younger vintages, the 2015s and 2016s should probably be held for a few more years, although there are plenty of 2016s drinking nicely, albeit in a youthful sense. 2016 is a great, great vintage for the southern Rhône, and the top wines are going to reward bottle age.”

Dunnuck’s vintage is 1975. He’s clearly entered his working window in the past 10 years but will continue to hold and potentially improve for another 20 to 30 years. Based on the history of his home state’s wine scene, it’s clear he is already one of Indiana’s finest wine exports. 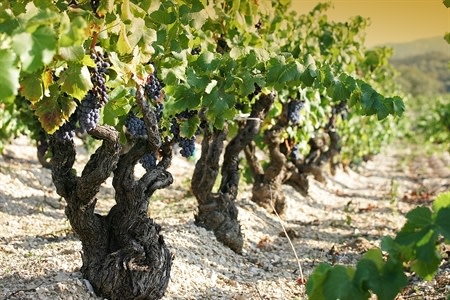 Non-trade subscribers, can sign up to JebDunnuck.com for US$99 annually, which includes all reports, articles and reviews and Wine-Searcher listings. Cellar Tracker users can link their cellared wines to Dunnuck’s reviews. In 2019, he reviewed 10,000 wines.

As the 2019s from Bordeaux begin to release, Dunnuck gives his picks for lesser known producers in the region.

Looking in Bordeaux on the Right Bank and stepping outside the well-known names, some gems would be Château Badette, Château Sansonnet, Tour Saint-Christophe, Quinault l’Enclos, Château Barde-Haut, Château Ripeau, La Dominique, Clos Saint Julien, and Clos de Sarpe, among others. I absolutely love Jeremy Chasseuil’s Pomerol from Château Feytit-Clinet, and Château Laroque, under David Suire, has taken off as well.

On the Left Bank, some estates on the uptick would be Chateau Pédesclaux, Château Gloria, and Château Saint-Pierre in Saint Julien. I think Château Rauzan-Ségla is making their best wines ever while Château Labégorce and Marquis d’Alesme Becker, both under the helm of Marjolaine de Coninck, are making brilliant wines today. Some other hidden gems would by Château Charmail, Clos Manou, Château Le Coteau in the Arsac region of Margaux, and Château Marojallia, just to name a few. While the US consumer doesn’t like second wines, given the incredible selection being made by the top estates, I’d wager the second wines today rival the grands vins of the past.

The ship might have sailed already, but people should jump on the wines of Les Carmes Haut-Brion. Guillaume Pouthier is doing an incredible job there and is making world-class wines.

I also think the dry whites from Olivier Bernard’s Clos des Lunes, which are based on Sémillon from old vines in Sauternes, don’t get the recognition they deserve.