Last night was Burns night. An evening of poetry and drinking, celebrating the life and works of Scottish poet Robert Burns. We look back at the life and work of Scotland’s most famous poet and his love of whisky. To mark the occasion, we have also curated a Whisky Sale that started this Saturday made up of some of our favourite bottles of Scotch.

January 25th is upon us, a day when the world gathers to celebrate the birth and life of Scotland’s famed poet, Robert Burns. A well-educated advocate of freedom, the tales of ‘Rabbie’ Burns are sung from Ayrshire to the edges of Asia and the US. Many stories about the man are questioned, after all tales of great poets tend to stretch over the years, yet one fact is undoubtedly true – Burns was a huge lover of Scotch whisky.

Born in 1759, Burns was introduced to whisky at the age of 22 and included the drink in many of his poems since. One of his most famous poems, Tam o’ Shanter, speaks of Tam the farmer who often enjoyed a little bit too much of the liquid gold we all know and love. ‘John Barleycorn’ and ‘Wi’ usquabae’ in the famed passage below speak of whisky.

What dangers thou canst make us scorn!

In other works, Burns mentions whisky in a more subtle way, speaking of specific whiskies, describing Lowland whisky as ‘rascally liquor’, and speaking of English brandy as burning trash. Some believe Burns merely enjoyed whisky for its effects, without caring about the quality or flavour of the liquor. Yet, when reading carefully through his work and his frequent references to the spirit, one can quickly see his deep love for the drink and even notice the development in his taste as the years went by.

Taking the matter beyond taste and revelry, Burns also composed poems focused on the taxes and injustices against Scottish people when it came to distillation and sale of whisky, or Scotland’s ‘national’ drink as he often referred to it. Burns brought pen to paper once more to speak of the Scotch Distillery Act of 1786 which levied extra taxes on whisky exported to England, making life more difficult for Scottish distillers. From drunken nights to freedom and independence in distilling for the Scottish population, Burns was a true lover and advocate of whisky, its creation, and people’s right to enjoy it.

After his passing in 1796, groups began to gather each year to celebrate Burns’ life and accomplishments. The first gathering took place in 1801 at the Burns cottage in Alloway, and much of what was said and done on that day has become tradition today.

This tradition has continued to this day with a proper celebration of Burns night including haggis, readings of the poems and works by Burns, songs, and of course, lots of whisky. Across the globe, thousands and thousands of whisky lovers celebrate Burns night in a similar way. Over the years, the celebration has grown to include everything ‘Scottish’ with kilts and bagpipes often expected to make an appearance.

More than anything, many believe whisky would never have reached its current size and popularity globally, or come to be known as Scotland’s national drink without Burns’ brave and unfiltered words, written and heard during a time in history when not everyone was able to speak up.

In celebration of Burns Night this year, we’ve put together a whisky sale of some of our favourite bottles, many of which we expect Burns himself would enjoy...Check the here for the full list of whiskys included in the sale. 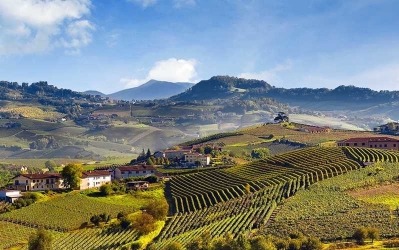