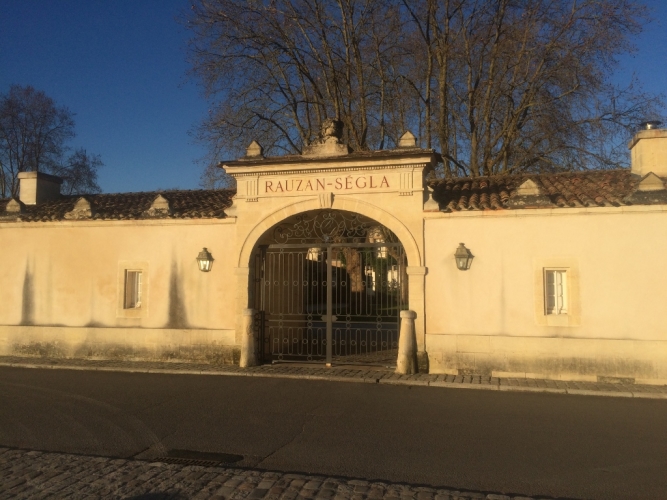 There are 43 kilometres between Chx Canon and Rauzan-Ségla along with both the Garonne and the Dordogne rivers.  It may seem a little odd to mention the two together though they are two brothers from different mothers, and both are at the top.  They share ownership in the Chanel Group and, until later this year, they share the direction of one of Bordeaux’s greatest: John Kolasa.  John is frequently referred to as “formerly of Ch. Latour” though the work that he has done at these two estates is extraordinary.

At the time of the 1855 classification, Rauzan-Ségla was considered the top second growth of Bordeaux after Mouton-Rothschild.  It now vies for the title of the best Margaux after Ch. Margaux itself, yet remains very fairly-priced when compared with the competition.

“Sweet and pure restrained nose. Very clean. And all here in the mouth. Savoury sweetness from what is perfectly ripe fruit. Structure behind it. A core of fruit held up by fresh acidity. Some depth, and some length. All correct. No bells or whistles, just a very complete and very good wine.  93-95.” Joss Fowler, FINE+RARE

After its acquisition by the Chanel group, work began in earnest to put Rauzan back where it should be: at the top.  Sorting tables, new drainage and the introduction of a second wine, Ségla, were what kicked off the renaissance, which really got into stride with the 2009 & 2010 vintages.  The improvement continues, with Rauzan doing well in the more difficult recent vintages as well as making some outstanding Margaux in the stronger ones.  2014 is no different, and this is one of the vintage's stronger wines, and should come with a sensible price.  Like Canon, Rauzan is priced to end up on dining tables rather than sit in Bordeaux warehouses…

The story at Canon is similar.  Acquired by the Chanel group two years after Rauza-Ségla, even more work was required, notably in the vineyard which needed replanting in its entirety.  The cellars were gutted and rebuilt almost immediately and, whilst the replanting continues, the renaissance is in gear and on track: Canon is producing some excellent wines.  Wines that taste of their terroir rather than any winemaking tricks or new barrels.  Canon tastes of St Emilion, and regularly comes at the top of its flight in blind tastings.

Their 2014 is a joy, and one of the best wines of the right bank.  Cool, clean and precise, it echoes the completeness of its brother on the left bank.  As with Rauzan-Ségla, it is priced sensibly.

“Very pure on the nose with a hint of cool cream. Clean. Very correct, very precise. Lovely in the mouth. Cool sweet St Emilion fruit. No push: there is nothing wrong with this at all. Lovely. Balanced. Excellent.  93-95.”  Joss Fowler, FINE+RARE 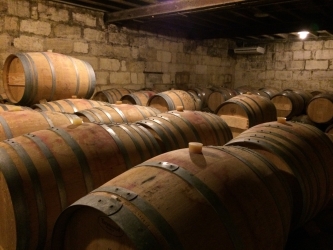