EditorialwinesNew Releases Not To Be Missed This Month: March 2019

New Releases Not To Be Missed This Month: March 2019

March is another busy month at F+R HQ with a treasure trove of releases from around the world of fine wine. One of the biggest highlights this month comes from Champagne, in the form of the long-awaited Bollinger Grande Année from the exceptional 2008 vintage. Dom Pérignon also release their 2006 Rosé which we were fortunate enough to taste earlier this week; a perfect bottle for the summer. Expect news on these releases in the coming weeks.

The Burgundy 2017s have now virtually all been released. Look out for our round-up of some of the 2017 highlights that you may have missed - coming soon. If you're searching for something a little different, we thoroughly recommend you take a chance on the "garagiste" Burgundies coming from Le Grappin. Seeking out special sites in the over-looked, under-appreciated reaches of Burgundy, the wines from Le Grappin totally over-deliver in terms of their appellations, thanks to the painstaking obsession of Andrew Nielsen and his team.

Beyond the 2017s, March sees the annual releases coming from Domaine Leroy – a selection of their Domaine wines (still to be announced) as well as some top Maison Leroy releases which we were fortunate enough to taste during our recent visit to the Domaine last month. There are some exquisite wines in the line-up this year, the highlight for us being the Chassagne-Montrachet Premier Cru Morgeot 2014. Purchases of the Maison wines open the door for allocations of the Domaine wines - so plan ahead and don’t miss this opportunity to secure some of the year's most highly sought-after releases.

The Barolo 2015s continue to impress us as more and more are released. Next week will see the wines from Roberto Voerzio becoming available from both the 2014 and 2015 vintages. His 2014s come highly praised and highly scored - as do the 2015s, although the critics have yet to release their official reviews. Given the quality of the vintage they are likely to be some of the highlights of the entire campaign and will be in high demand. Another highlight coming out of Italy this month is Gaja’s Bolgheri project, Ca’Marcanda, which sees the release of their top Cabernet Sauvignon from the acclaimed 2016 vintage. Again, this is one not to miss.

Finally, after all the fizz and dry wines, we would like to draw your attention to a very special sweet wine release from iconic Austrian producer Kracher. Kracher are celebrating their 60th anniversary this year and to celebrate they have curated an exclusive collection case with FINE+RARE, due to be released later this month. The collection includes a number of perfectly scored 100 point wines from the Wine Enthusiast and provides an historic insight into this prestigious estate. Watch this space! 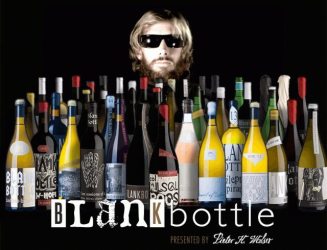