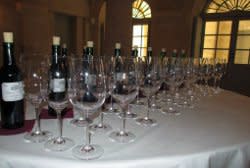 The Market in February

Prices for some blue chip Bordeaux have strengthened for the first time in many months. Although it is too early to say whether this represents the start of a wider upturn, confidence in the fine wine market has certainly improved in February, driven partly by improved conditions in the wider economy (the FTSE 100 has risen around 8% since the beginning of the year) and partly by increased trading in top-end wines in advance of Chinese New Year.

Bordeaux’s share of the market has been static for some time but grew from 50% in January to 55% in February. Trading of the 2010s in advance of Robert Parker’s in-bottle scores was an important part of this, with demand for potentially high scoring wines high. Availability at reasonable pricing, however, has been tight: many stockholders have been reluctant to sell, preferring to wait for Parker’s verdict on the vintage at the end of the month. Neal Martin’s scores, released at intervals throughout the month, also drove interest in certain wines: le Gay (awarded 99 pts by Neal Martin) and Gloria (93pts NM) sold particularly well at FINE+RARE. 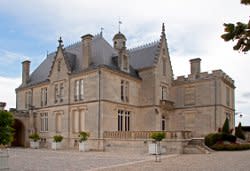 The much anticipated Parker scores for the 2010s came out on March 1st. A total of 10 wines were awarded the magic 100 point score. Although lower than the equivalent figure for the 2009 (18 wines 2009s achieved a perfect score), it is considerably higher than that for 2000 and 2005, reflecting Parker’s view that 2010 is indeed ‘another very great vintage in Bordeaux’. There were some surprises in terms of individual wines: of the ten 100 pointers, five scored above their original ranges, most notably Pape Clement and Le Dome, which moved up 5 and 4 points respectively. On the other hand, several top properties, Ausone and Lafite included, were scored at the bottom end of their ranges (although they achieved the very respectable score of 98 pts). A further seven 2010s achieved a score of 99 points. Interestingly, the right bank did particularly well in the recent report: 11 of the 17 wines to achieve 99 or 100 points are from that side of the river. Parker’s belief that the poor flowering in the Merlots reduced yields and increased concentration to the benefit of the resulting wines is clearly borne out in the scores.

Changes at the Wine Advocate

Antonio Galloni announced in February that he will be leaving the Advocate in the spring. After joining the team in 2006 to write on Italian wines, his remit soon expanded to include Champagne, parts of Burgundy, and latterly, California. Galloni revealed that he has set up his own website, following in the footsteps of James Suckling who recently left the Wine Spectator to do the same thing. What will happen at the Advocate after Galloni’s departure has not yet been confirmed.

February has been a busy month for FINE+RARE with buying trips to Burgundy, Bordeaux, and Italy. Earlier this month FINE+RARE were invited to an exclusive tasting of the blending components of Margaux at the chateau itself (read more about this here). In Burgundy we tasted some early samples of 2012 as well as further 2011s and in Piedmont we reviewed the 2009 Barolos, which will be released over the course of 2013, as well as looking back at some 2008, 2007 and 2006s.

We expect demand for 2010 Bordeaux to continue to be strong throughout the month. We also expect to see the release of the first 2008 Brunello di Montalcinos.

A Pomerol Evening with Neal Martin