Robert Parker calls this 100 point scoring Haut-Brion 2009 "one of the most compelling examples of Haut-Brion ever made" and we have a handful of exceedingly rare 3 and 6 litre formats available... 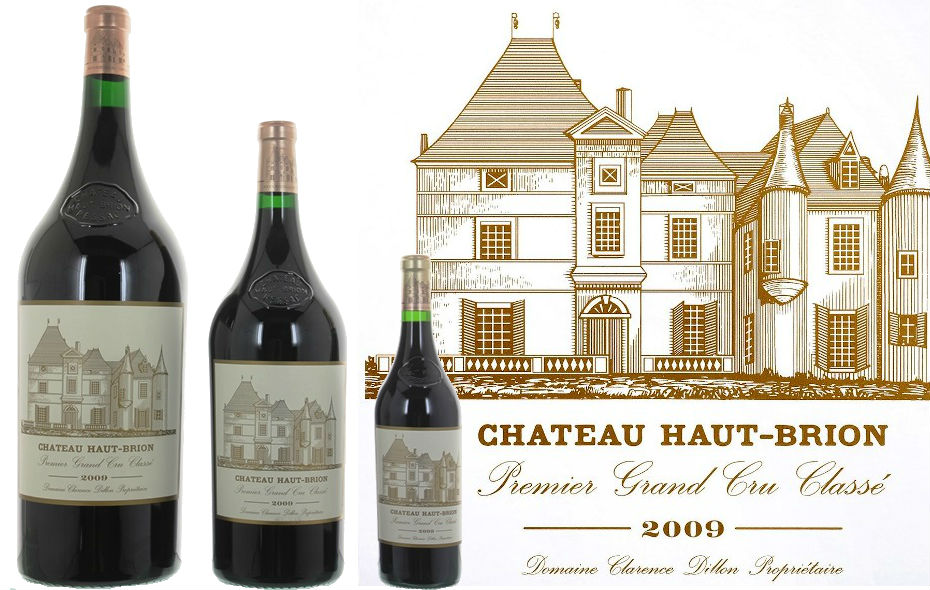 According to Jancis Robinson Haut-Brion 2009 combines "pleasure and luxury", and what could offer more pleasure or be more luxurious than the same wine in double magnum (3 litres) or imperial (6 litres)?

FINE+RARE prides itself on providing unrivalled access to the world's finest and rarest wines. With critics all awarding perfect or near-perfect scores and a general consensus that this was one of the Bordeaux wines of the vintage, Haut-Brion certainly fits into that category. But even with our extensive network, at time of writing only one case and one three pack of the standard sized bottles of this wine were available, such is its rarity and popularity amongst collectors.

If you would like to add one of these large format Haut-Brion 2009s to your collection, please email your request as early as possible to avoid disappointment. As we only have a handful of each, please do not delay in contacting us. You can do so by clicking the button below or speaking directly to your Account Manager...

To find out what the critics say about this exceptional wine, please read on...

2009 was the second highest-ever rated vintage in Graves according to Wine Advocate. Jancis Robinson agreed asking whether this was: "Vintage of the decade/century?". The importance of this wine cannot be overstated. The critical acclaim says it all...

Robert Parker awarded it a perfect 100 points, describing it as follows:

"What a blockbuster effort! Atypically powerful, one day, the 2009 Haut-Brion may be considered to be the 21st century version of the 1959. It is an extraordinarily complex, concentrated effort made from a blend of 46% Merlot, 40% Cabernet Sauvignon and 14% Cabernet Franc with the highest alcohol ever achieved at this estate, 14.3%. Even richer than the perfect 1989, with similar technical numbers although slightly higher extract and alcohol, it offers up a sensational perfume of subtle burning embers, unsmoked cigar tobacco, charcoal, black raspberries, wet gravel, plums, figs and blueberries. There is so much going on in the aromatics that one almost hesitates to stop smelling it. However, when it hits the palate, it is hardly a letdown. This unctuously textured, full-bodied 2009 possesses low acidity along with stunning extract and remarkable clarity for a wine with a pH close to 4.0. The good news is that there are 10,500 cases of the 2009, one of the most compelling examples of Haut-Brion ever made. It requires a decade of cellaring and should last a half century or more. Readers who have loved the complexity of Haut-Brion should be prepared for a bigger, richer, more massive wine, but one that does not lose any of its prodigious aromatic attractions." Feb 2012, www.robertparker.com

James Suckling also awarded it a perfect 100 points and called it a "a monumental Haut-Brion made to age for centuries":

"Every time I taste this I love it. What a nose with black truffles and raspberries with flowers. Insanely rich yet subtle. Full-bodied, with ultra fine tannins and a length that goes on forever. Super structured and intense. This is very closed now. Don't touch for 10 years. Made to age. This could well be better than the perfect 1989." Apr 2012, www.jamessuckling.com

Jancis Robinson rated it just one point off perfect at 19 points:

"57% of the crop went into this. The alcohol level was 14% in 2005 when there was lots of Merlot, but in 2009 when the assemblage was 46% Merlot, 40% Cabernet Sauvignon, 14% Cabernet Franc, it reached 14.3%, the highest ever. What problems did this cause? Jean- Philippe Delmas was asked. 'To find the right yeast.' He smiled, adding, 'and the fermentation was very long: three weeks with a very long malolactive fermentation. This was the first time they had such high alcohols with Cabernet. Dark crimson with a little more blue than La Mission. LOVELY supple exciting nervy nose with a great deal of integrity and complexity already. Reminds me a little of Ch Margaux in its immediate appeal and class, even if the actual aromas are different (though equally terroir- driven). Real knockout stuff with lovely suppleness on the palate and real grace. Not a blockbuster, amazingly. it seems beautifully balanced. It has the same dense tannic charge but with a bit more fruit and less austerity than La Mission. Very long. So it's definitely Haut- Brion, just more concentrated than usual! Lots of pleasure and luxury." Apr 2009, www.jancisrobinson.com

Neal Martin scored what he called "one of the most decedent Haut-Brions" at 96-98 points:

"Tasted at the chateau. The Haut-Brion ’09 is a blend of 46% Merlot, 40% Cabernet Sauvignon and 14% Cabernet Franc, 14.3% alcohol, pH 3.84. The bouquet is markedly different from La Mission: far more rounded and opulent, much more sweet, ripe fruit with blackberry, red cherry, cassis and a touch of crème de menthe. This is one of the most decedent Haut-Brions that I have tasted at this stage. The palate is full-bodied, layers of tannic black fruits, huge structure, dense and demonstrative. Blackberry, a touch of tar and graphite, some black olive towards the finish, almost a tidal wave of flavours. Huge grip on the dry finish, but incredible persistency in the mouth." Apr 2010, www.robertparker.com

Stephen Tanzer awarded it 97+ points and couldn't remember a better pair of wines produced by any estate in 2009 than those released by Haut-Brion:

"Vivid deep ruby. Knockout fruity nose offers blackcurrant, strawberry, rosemary, truffle and a stony note. Then very closed in the middle, with cabernet sauvignon-dominated flavors of cassis, cigar box, cedar and minerals. Finishes long and deep, with massive but smooth tannins and a lingering note of violet. This will need plenty of time in the cellar but should be an outstanding, memorable Haut Brion. Offhand, I do not recall a better pair of wines from any estate in 2009: millionaires will have a lot of fun trying to choose between La Mission and Haut Brion in 20 years' time." Jul 2012, www.vinous.com

Prices correct at time of publishing.