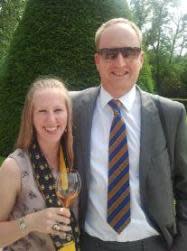 After a spectacular week, the final day brought a test on the previous day’s lecture, a blind tasting of Vins Clairs to identify the grape variety and then a blind tasting of Champagne to identify the house, vintage and main grape. Once completed we visited Reims Cathedral in the daytime – a must-do if in the area – and then it was off in the sunshine for lunch at Michelin-starred restaurant Le Parc, set in beautiful big grounds of Hotel Les Crayeres, to see how we all did!

I am delighted to say that all 16 candidates passed, several with honours, and I was pipped at the post to top place to the extremely worthy Rob Wade, a chef and restaurant consultant in London. With certificates and engraved glasses distributed, candidates toasted with glasses of:

We were then on the final stretch to our last lunch, which deserved a prize itself, where we were served the following before we all headed off our various routes back to the UK:

I cannot thank enough the people who made this trip happen: Heidsieck Monopole who ran the course this year, Benedict from Heidsieck who I am delighted to have had the pleasure of meeting for the second time, Sarah from the UK side, all sixteen grandes marques for their warm welcomes, my fellow students from the UK and Ireland. I have now signed up to lifetime membership where I hope to see them all again soon.

If you ever have the chance to attend this event, do not hesitate to accept; it is magnificent.

If you are interested in any of the wines – or places visited – during this week do not hesitate to contact Amanda.baxter@frw.co.uk. 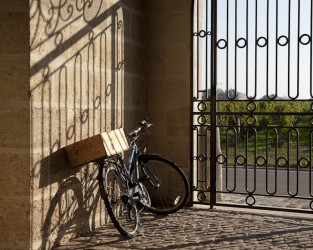