EditorialvinesDiary of a 2012 Champagne Academy alumnus: Day One 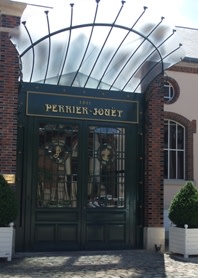 This spectacular opportunity, offered to just 16 candidates nominated by the member champagne houses each year since 1956, would see us visit 16 grandes marques, taste more than 100 wines and eat more food than you would in a month. It also involved five lectures, five written exams, two blind tasting exams and 15 new friends. This… is Champagne Academy.

Arriving and Day One

On arrival by first class Eurostar with additional champagne from this year’s hosting house Heidsieck Monopole, we pulled up at our hotel in Epernay absolutely soaked from the horizontal rain and prepared for the first night’s dinner at Hostellerie La Briqueterie. So much wine was poured during the reception (from magnum no less) I am not sure which was which but dinner, a more ‘civilized’ affair with all houses represented, showed: 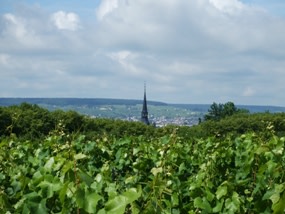 We started our unique journey on the Monday morning with strong coffee and our first lecture at Maison Bollinger, where we would begin each day for the next week in preparation for an exam the following day. This was not to be all fun and games! This lecture was on the framework of champagne (the regulating bodies etc) and once it was over we stretched our legs on a brisk walk in the sunshine (yes!) to the Cote des Enfants – the height gave us an unrivalled view. This was followed by a very special opportunity to walk through Bollinger’s unique Vieilles Vignes vineyard, a pre-phylloxera site that in the best vintages makes their spectacularly different champagnes. We also noted the wooden barrels used where many choose stainless steel and then enjoyed a buffet lunch with:

2002 Bollinger La Grande Année Crackers and fresh cut straw starts off this wine with fruit salad chew coming through but soon more white stone fruits develop and a touch of honey, bread notes linger on and on and on

NV Bollinger Rosé Salmon coloured, this is not a rose special cuvee but a wine in itself with red fruits on the palate but the fruit doesn’t dominate, its keeps its house style backbone

Perrier Jouet’s contribution to the week was fascinating with a tasting of Vin Clairs – the wines that come from the first fermentation before they are re-bottled for their fizz. These are not bottled as they are for a good reason, being extremely acidic and not very pleasant drinking; however there is no better way to understand the blending job that the cellar masters have to do. We then tried the blends that were created, again before they were re-fermented for their bubbles. The house itself was simply a masterpiece of Art Nouveau. When we returned from the tour there was waiting for us:

NV Perrier Jouet Grand Brut Pleasant palate of white and yellow stone fruit, pineapple and almost a sweetness from the ripeness of these flavours, long and well balanced

NV Perrier Jouet Belle Epoque Almost a pink hue on appearance and a huge nose of grapefruit, vanilla and a mere hint of coffee (!) then more stone fruit no palate with melted butter and long finish

NV Perrier Jouet Blason Rosé Starts with red fruit but some citrus fruit comes in then a hint of straw. This is a quite typical rose and I think shows better with food.

NV Perrier Jouet Belle Epoque Rosé This is far from the fruit of Blason and more bready. The palate follows this tack with some underlying red fruit and a sweetness (though not about dosage) throughout

The evening plans took us to Château des Castaignes courtesy of the Vranken family of Heidsieck & Co Monopole. It was incredibly generous of the family to welcome us to their architecturally beautiful private summer home and we enjoyed the French doors open well into the evening over a beautiful meal with the chandeliers particularly imprinted in my memory! We enjoyed: 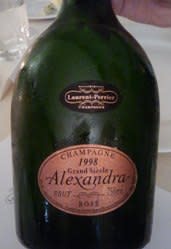