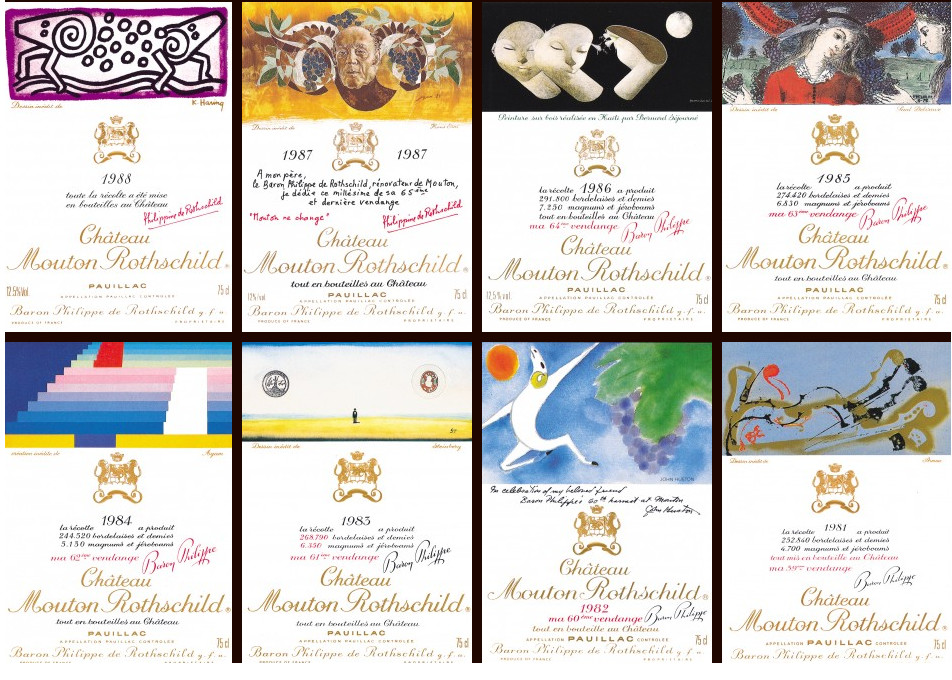 We profile the glamorous wild-child of Bordeaux wine-making in the first of our series of posts on iconic producers...

Neighbour to fellow first-growth Lafite-Rothschild, Ch. Mouton-Rothschild is one of the icons of Bordeaux and one of three first growths to be found in Pauillac, home to the most regal and aristocratic of Bordeaux reds.  For any collector of fine wine, it is often one of the first to go in the cellar.

The Newest of the First Growths

Awarded the status of first growth in 1973, it is the only estate to have ever been upgraded in the 1855 classification of Bordeaux.  Of the three Pauillac first growths it is generally considered to be the most opulent in style, with Neal Martin describing it as “unashamedly gregarious, flamboyant and melodramatic… a splash of colour in what can be a monochromatic region”.

The Famous Labels, A Who’s Who of Modern Art

This vibrancy is reflected in the chateau’s eye-catching bottle labels, which are refreshed every year and have featured the work of some of the most celebrated artists of the day, from Dali to Picasso. Mouton-Rothschild’s labels are infused with creativity, transforming what is already an excellent wine into a real work of art, both highly collectible and sought-after.

Owned by the Rothschild family since 1853, the vineyards of Mouton-Rothschild cover 75-hectares and are planted to 80% Cabernet Sauvignon, 10% Cabernet Franc, 8% Merlot and 2% Petit Verdot.  Around 400-500 pickers are used to harvest the grapes which undergo two rigorous sortings before entering the first floor of the cellar, where the wine is kept in barrel for 12 months with a further 6 months on another floor. A second wine, Petit Mouton, is also produced.

The Greatest Vintages of a Fine Wine Icon

Mouton Rothschild has produced some legendary wines in the past, with Martin stating that: “A **great Mouton-Rothschild, of which there are many, is a sensational wine that can eclipse its contemporaries. Like Marlon Brando, when Mouton puts in a star performance it triumphs like no other.” The most exceptional vintages are the 1945, the 1959, the 1982 and the 1986, 1995 and, most recently, 2005, 2009 and 2010. After some patchy performances in the 1990s, the estate is on top form, and is once again producing first class Bordeaux.

A true icon that brings vivacity and flair to the world of winemaking, Mouton-Rothschild is a fascinating producer creating exciting wines.

Want to suggest the focus of our next profile? Tweet us @fineandrare or find us on instagram @fineandrarewines. 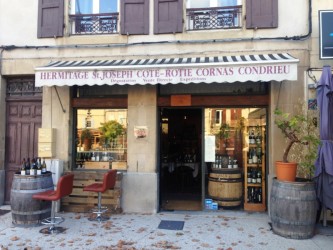