Your guide to Bordeaux 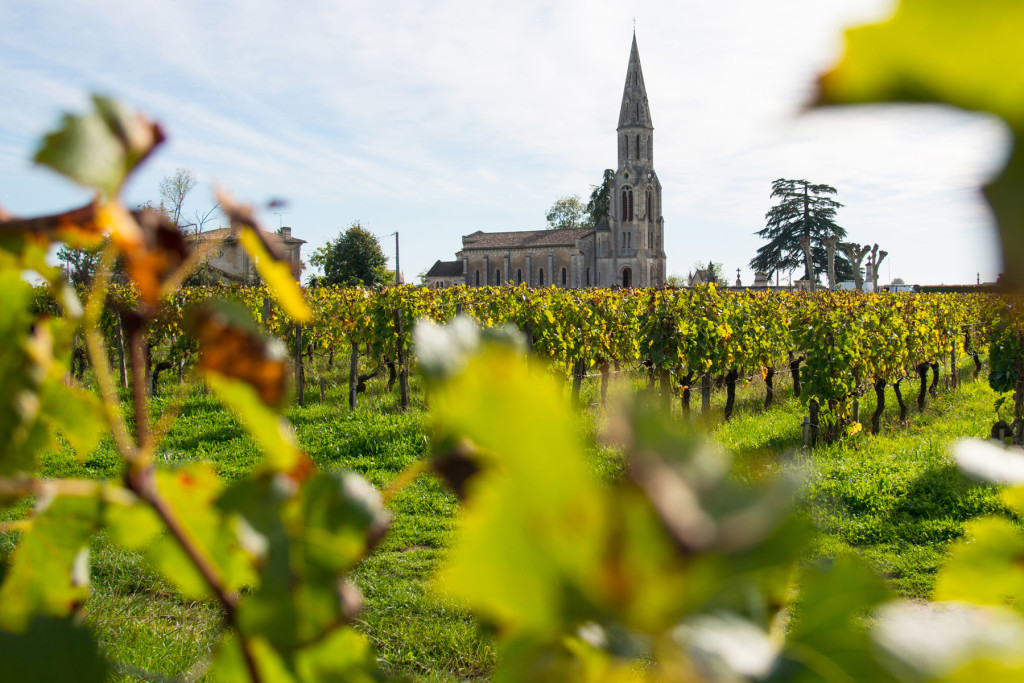 Bordeaux is a mecca for fine wine. The region, however, produces a huge range of styles. Here we run through the key appellations, the styles they produce and their most famous châteaux

Bordeaux is one of the largest wine producing regions in the world, with a massive 120,000 hectares under vine. The region’s top wines, however, account for under 4% of production.

While Bordeaux is relatively flat, the top appellations are effectively raised outcrops lying on distinct bedrocks of gravel, clay and limestone. These soils, allied with its moderate maritime climate, provide the perfect conditions for Cabernet Sauvignon, Merlot and Cabernet Franc to thrive.

Each of the region’s appellations produces a slightly different style. The wines can be roughly divided in two, into those from the Left or Right Bank of the Gironde river which flows through the region. Broadly speaking, the Left Bank is defined by Cabernet Sauvignon, while the wines of the Right Bank are typically dominated by Merlot or Cabernet Franc.

On the Left Bank of the Gironde, the Médoc’s gravel-rich soils, stretching north of the city of Bordeaux, are home to Cabernet Sauvignon and Merlot blends. The top appellations here are Margaux, Saint-Julien, Pauillac and Saint-Estèphe. Directly to the south of Bordeaux, similar outcrops of clay and gravel exist. The top appellation here is Pessac-Léognan – a sub-region of the larger historic Graves appellation, where alongside its elegant reds you will also find some excellent dry whites. It is on the Left Bank that you’ll find the Classed Growths – the properties classified in 1855, and on which Bordeaux’s reputation was built. 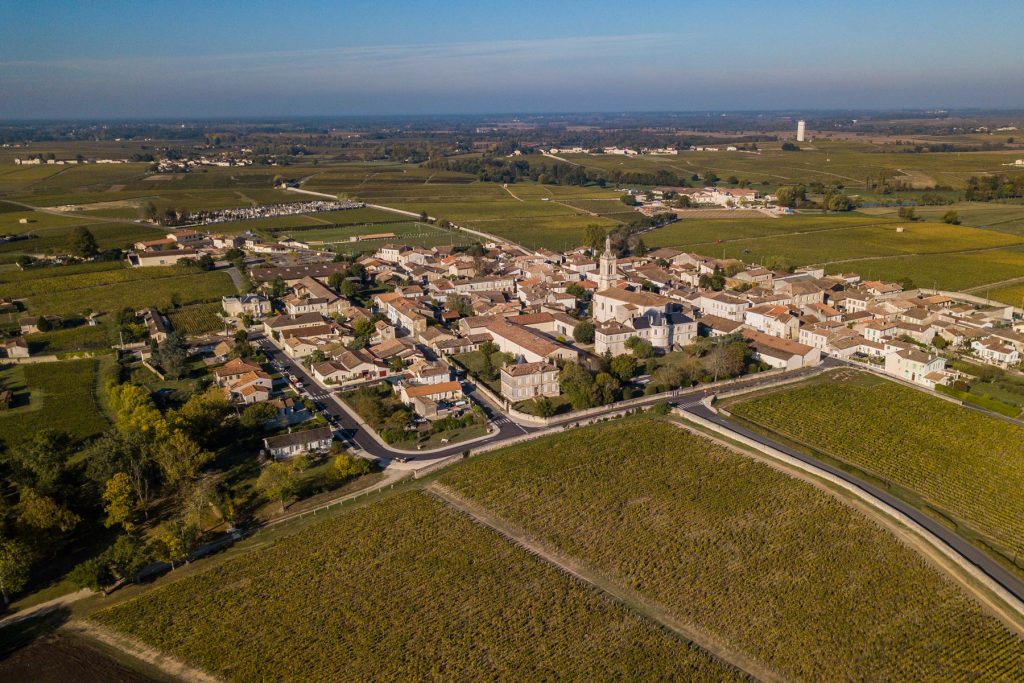 While Saint-Estèphe, in the northernmost part of the Médoc, is not home to a First Growth château, it is home to some of the region’s most exciting and well-priced producers. Second Growth’s Châteaux Montrose and Cos d’Estournel regularly produce some of the finest wines of the vintage with Third Growth Château Calon-Ségur joining them in recent vintages.

Thanks to the higher proportion of clay in Saint-Estèphe, the wines are the most robust and tannic of the Médoc, sometimes making them quite austere in youth but providing them with great ageing potential. The handling of these robust tannins has become more finessed in recent years, adding further charm to the wines. The clay’s ability to lock in moisture has seen Saint-Estèphe thrive in the warming climate and hotter vintages.

There is plenty of smart money being invested here and the lesser-known châteaux in the appellation are helping to raise its reputation and profile.

Arguably the most celebrated appellation in the Médoc, Pauillac is home to three of the five First Growths: Châteaux Lafite, Mouton Rothschild and Latour. The area’s deep gravel soils produce the most mineral-driven reds in the Médoc. This is the spiritual home of Cabernet Sauvignon, which often makes up a high proportion of the blends, bringing structure, freshness and a fantastic array of flavours from classic cassis to graphite notes.

The underlying freshness and minerality found in Pauillac enables producers to push the variety when it comes to structure and extraction, producing wines that are built for ageing. Other top producers in Pauillac include Châteaux Pichon Baron, Pichon Lalande, Lynch-Bages and Pontet-Canet.

Saint-Julien – perfectly situated between Margaux and Pauillac – is a wonderful combination of the qualities that define both. Deep gravel outcrops provide the tannic structure and mineral graphite notes of Pauillac, blended with the silkier textural notes commonly associated with Margaux. Much smaller than its neighbours, the châteaux here are some of the most consistent each year.

he top address (of First Growth quality, in many people’s eyes) is Château Léoville-Las Cases, whose wines are both structured and long-ageing, while retaining incredible elegance too – perfectly fitting the Saint-Julien mould. Despite its smaller size, Saint-Julien more than makes up for it in quality with top châteaux such as Ducru-Beaucaillou, Léoville-Barton and Léoville-Poyferré regularly producing some of Bordeaux’s finest wines in any given vintage. 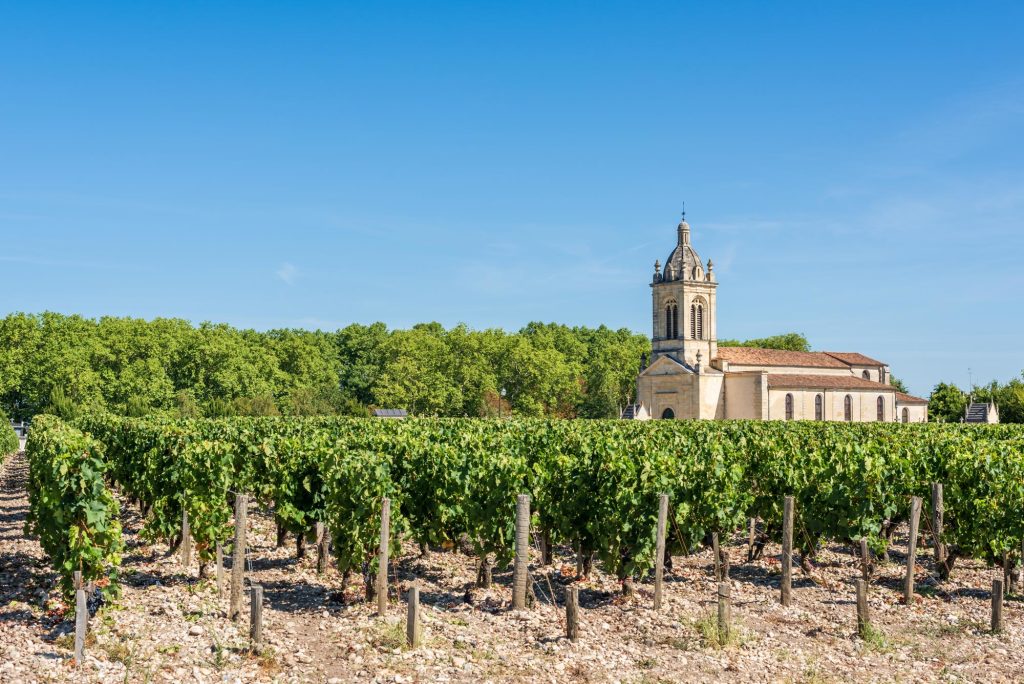 Whereas Saint-Julien is known for its consistency, Margaux has historically been the least consistent appellation in the Médoc – partly since it is much larger and variable in its terroir. Thankfully, investment over the last 20 years has seen vast improvements throughout the appellation – and the highs found in Margaux are unmatched. The region’s ability to produce both powerful yet elegant, cerebral and aromatic wines makes it many people’s favourite region in Bordeaux. The secret lies in the finer gravel, sand and clay soils, where both Cabernet Sauvignon and Merlot have a more equal footing – although Cabernet Sauvignon continues to dominate plantings.

First Growth Château Margaux continues to lead the way both in quality and innovation here, outlining a very Cabernet Sauvignon-dominant expression of Margaux. Third Growth Château Palmer offers a wonderful counterpoint to this, providing one of the finest Merlot-dominant blends anywhere in Bordeaux. There are plenty of estates in the region which have raised their game in recent years – most notably Châteaux Rauzan-Ségla and Brane-Cantenac and lesser-known d’Issan, Marquis d’Alesme and Dufort-Vivens, all of which have consistently produced stunning wines in recent vintages.

Within the Bordeaux city limits is the appellation of Pessac-Léognan. This appellation is relatively young (created in 1987) and belongs to the larger, historic appellation of Graves. The urban expansion of Bordeaux has encroached on the vineyards, with the likes of Château les Carmes Haut-Brion now sitting in the city’s suburbs.

The proximity to the city makes it the warmest appellation in the region, but it is also the most diverse geologically. This is why both red and white wines are grown so successfully here, and why Merlot and Cabernet Sauvignon tend to have a much more equal footing in the blends of the top red wines. The two top properties here are First Growth Château Haut-Brion and neighbouring Château la Mission Haut-Brion, whose distinct contrasting styles show the diversity in its soils and expressions. Outside of these top historic estates, Pessac-Léognan is home to some of the most innovative and well-priced wines in Bordeaux. Top estates include Châteaux Haut-Bailly, Smith Haut-Lafitte, Pape Clément, Domaine de Chevalier and Les Carmes Haut-Brion.

On the Right Bank of the Gironde, the make-up and style of the wines is very different to those of the Médoc. Cabernet Sauvignon plays only a minor role in the wines’ assemblage, if at all, with Merlot taking centre stage in most blends, accompanied by Cabernet Franc – thriving in the region’s clay and limestone soils.

The climate here is warmer than on the Left Bank, but its cooler, clay-rich soils perfectly suit Merlot’s precocious nature. An added level of ripeness shows off Merlot’s full potential, allowing the grape to make up the entirety of the blend in top Pomerol and some Saint-Emilion blends. In general, Cabernet Sauvignon struggles to ripen adequately here, but Cabernet Franc – especially in today’s warming climate – is becoming much more important on the Right Bank, particularly in the limestone soils of Saint-Emilion. Unlike the grand châteaux of the Left Bank and their vast acreage of vineyards, Right Bank producers are typically much smaller in size, as historically the region has remained much less developed. 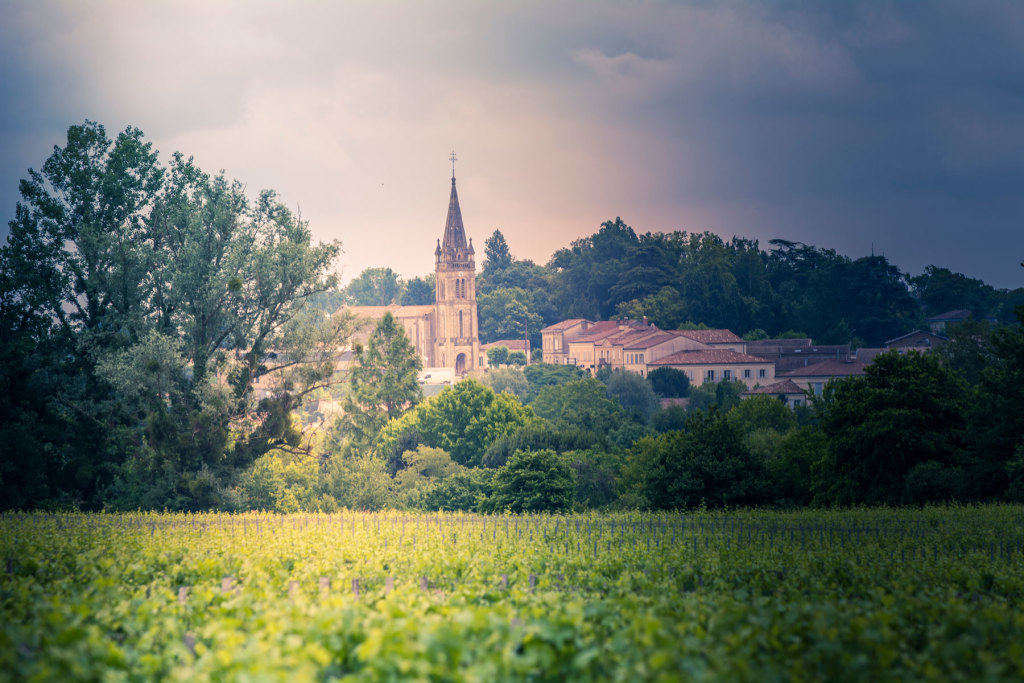 Saint-Emilion remains the most varied and diverse of Bordeaux’s top regions and in this sense it is difficult to identify a clear character that runs through the wines. The large number of producers operating within the appellation goes someway to explain the variety, while the diverse terroir is another.

Limestone soils produce more mineral expressions, while clay lends power and sandier soils produce wines that are soft, fruity and less structured. The wines here are also highly dependent on winemaking, with the final style dictated by when a producer picks, the level of extraction and the oak used for maturation. The result is a region with wines that range from the delicate and ethereal to the exotic and bombastic.

Geologically the region is varied, but is most famous for its limestone plateau which is home to many of Saint-Emilion’s top producers, including the four Grand Cru Classé A properties (Châteaux Ausone, Cheval Blanc, Pavie and Angélus). Even amongst these top names, the styles couldn’t be more polarised: Ausone produces some of the most elegant wines in the region, while Pavie crafts the most exuberant and powerful.

Pomerol today produces some of the most expensive wines in Bordeaux – most notably Pétrus, alongside the likes of Le Pin, Lafleur and Vieux-Château-Certan. Historically, beyond Pétrus, Pomerol went largely unnoticed, with its reputation and popularity only really exploding over the last 30 years. Pomerol’s terroir is defined by a mixture of clay, sand and gravel which – in the right proportions – can produce wines of exceptional opulence and finesse, with extraordinary ageing potential.

Early-ripening Merlot dominates the region’s warmer, gravel-rich soils, producing wines that tend to be more consistent than those of its neighbour, Saint-Emilion. Top examples manage to capture the region’s opulence and plushness of fruit, while retaining structure and a mineral underpinning. Unlike the other top appellations in Bordeaux there is no classification system here. While well-established estates make some of the most expensive wines in the world, there are still some excellently priced wines that beautifully capture Pomerol’s seductive identity.

Read more about Bordeaux, or explore the region’s wines