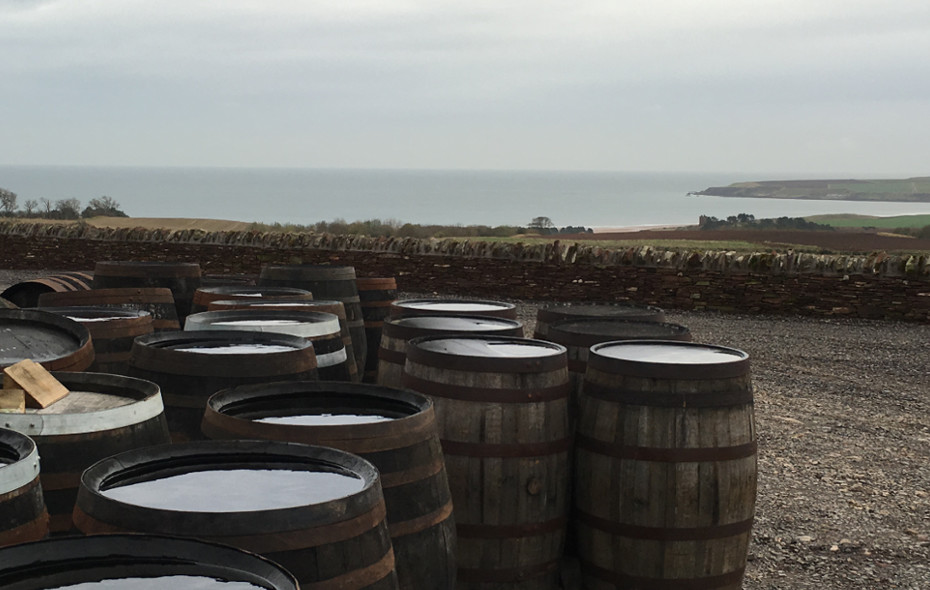 FINE+RARE report on our visit to Arbikie Highland Estate, a family-owned whisky distillery in the heart of Angus. Here we learnt about Arbikie's Limited Edition Founders Casks - an incredibly rare chance to own some of their premium Highland Single Malt... 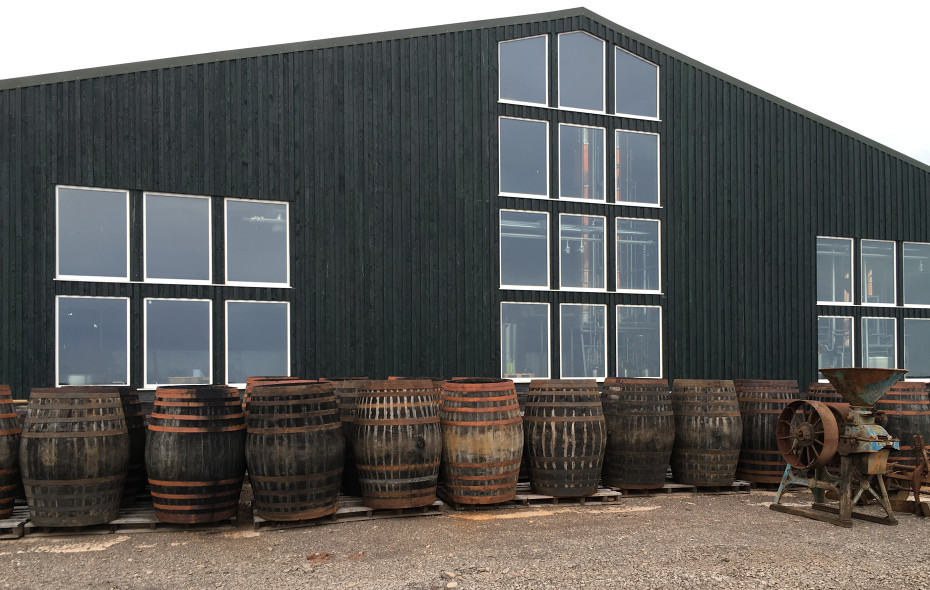 Scotch whisky is fighting back. In the face of ever-increasing competition from Japan, Canada and the USA, many homegrown Scottish distillers are embracing the challenge and working hard to maintain Scotland's standing as the world’s pre-eminent whisky producing country.

The Stirlings in Angus are one family who have picked up the mantle. The family have traditionally worked as farmers on their Arbikie Highland Estate, and while they have since given up the dairy farm, they continue to produce arable crops. In 2012 they made the decision to rekindle the distillery which once stood on their ground as early as 1794. Thus, Arbikie was born.

Their aim is very simple: to produce the very finest malt whisky possible, produced purely from crops and water from the immediate vicinity. As a result, all of the ingredients in Arbikie’s spirits are planted, sown, grown and harvested within an arm’s length of their distillery. This is super premium malt whisky drawn solely from surrounding influences – Arbikie has essentially embraced the French wine concept of terroir in a whisky context, a unique move for the industry.

We were curious as to how a family estate could take on the likes of Diageo in their own backyard so earlier this month we went up to see them.

Our visit to the Highlands

We were met by John Stirling who, along with his brothers Iain and David, is the driving force behind the project. As a former employee of KPMG who has lived a number of years in the Turks and Caicos islands, John is familiar with the finer points of life – the perfect training for creating excellent whisky.

The farm itself whilst being picturesque is very much a working one, producing arable crops such as potatoes, barley and wheat destined for the UK supermarket shelves.

Aside from the hustle and bustle is the Arbikie distillery, which has taken the place of the old milking sheds and sits on top of a lagoon that contains the mountain filtered water from the surrounding area. With its sweeping views of the beautiful Lunan Bay (better on a beautiful day admittedly), the distillery is both striking and state of the art. Next door but inside the same building sit the bottling line and Dunnage house which is where the casks will mature before being released onto the market.

The Stirlings have worked closely with ex Diageo Governance Director Alan Barclay which, in turn, has allowed them to recruit the highly regarded Master Distiller Kirsty Black.  We had a chance to talk with Kirsty and discuss what makes superb whisky as well as the merits and demerits of bourbon and sherry casks, a number of which we had the chance to inspect.

As well as creating a unique whisky the Arbikie have also been producing their own award winning premium gin and vodka which are now well represented in top UK establishments and are developing a strong following. The same ultra-high production ethics they apply to their whisky is present in their vodka and gin: all natural ingredients come from the surrounding land. 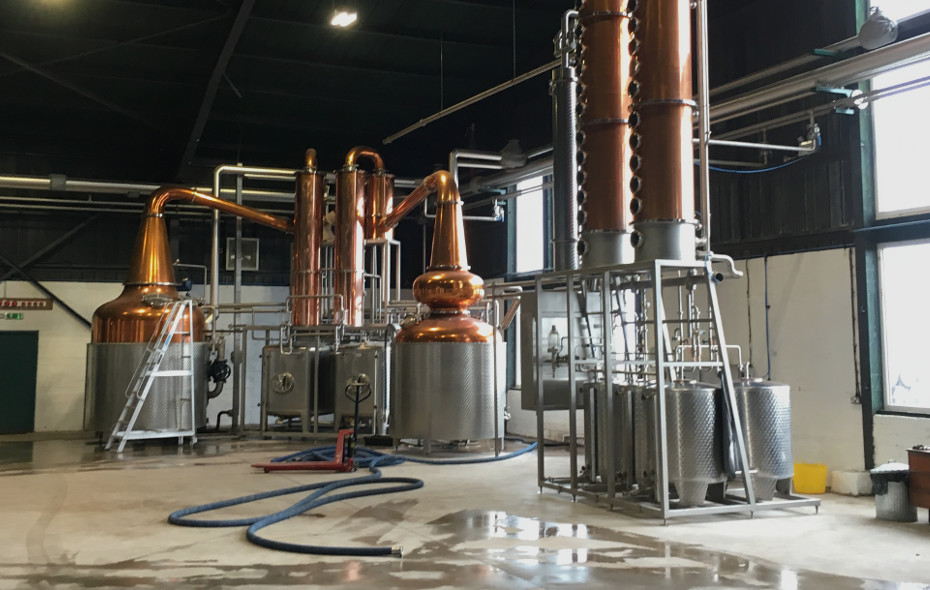 Their dedication to "terroir" is key to Arbikie's appeal. This phrase, normally used in the context of fine wine to denote the perfect combination of soil, climate and topography, is perfect to describe Arbikie's dedication to sourcing all aspects of their whisky from natural, extremely local sources. Their whisky is natural influences at their purest expression.

Another appealing element is that, unlike their competitors, Arbikie are a family company that are not driven by outside shareholder pressures and can therefore focus entirely on quality of production, only releasing whisky onto the market when they see fit. Moreover, the whisky they produce is exclusively for their own supply, with none being sold off to the blended markets.

With their production starting in October of this year, FINE+RARE are delighted to have been chosen by the distillery to work with them in partnership to promote and sell some of their 300 Founders Casks. Offered by Arbikie to drinkers and investors who share their passion for unique whisky, these casks will require patience from their lucky to see the spirit mature, for perhaps 10 years or longer.

Good things come to those who wait

This patience will undoubtedly pay off. This will be a superb whisky that will either be delicious to drink or will demand a premium should owners wish to resell. John is insistent that once these 300 casks are sold there will be no more chances to buy any more, as all future casks will be held and owned by the distillery. The Stirling family are so confident of Arbikie’s success that they even guarantee to buy back the casks at cost price after 8 years.

Following a fascinating morning we drove into Arbroath with John and enjoyed an "Arbroath smoky and chips", which, for the uninitiated, is a local delicacy of specially smoked haddock and is tremendously good – no whisky though as we were driving. Before we left, we noticed another Stirling brother –Iain, this time – showing a crew around Arbikie’s distillery. It was the BBC, and they appeared just as interested in Arbikie as we were. Further proof that Arbikie is certainly one to watch.

Interested in becoming a part of the Arbikie Story? You can read more about the Founders Casks here, or contact us at wine@frw.co.uk to discuss the opportunity further. 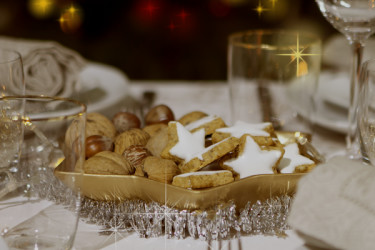